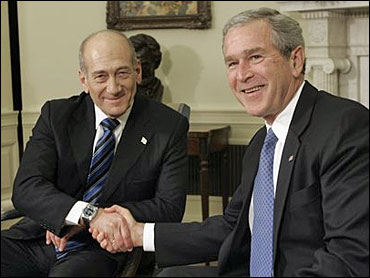 His name was Hachiro Sasaki. At 22, the brilliant economic student turned into a soldier as the tide of World War II turned against Japan.

These are the words he wrote in his diary as he looked at certain death:

"February 9, 1943: The dice have already been thrown, and now there is nothing I can do now except to deal wholeheartedly and sincerely with whatever I have to face."

He became a kamikaze. In Japanese, it means divine wind. Americans called them the suicide pilots.

Toshimasa Hayashi, another university student, graduated and was immediately drafted. He questioned the war privately in his diary:

"April 23, 1945: Who exactly is fighting this war now? A full half of my classmates of the 13th class, who were bomber pilots on carriers and my friends,...are now already dead."

But it did not cloud his sense of duty as he, too, became a kamikaze:

"August 9, 1945: Today, I shall fly one of the very latest in war planes,...a Ryusei, and I will slam it into an enemy carrier. Goodbye, my dear parents, and everyone. Thank you, all my comrades."

The words come from a collection of diaries and letters of dozens of university students sent off to war, including some who became kamikaze pilots. Published in Japan five decades ago, it is now available in English in a book titled Listen to the Voices From the Sea, translated by a woman haunted by voices from her own past.

Midori Yamanouchi grew up in Japan during the war. Now a college professor at the University of Scranton in Pennsylvania, she wants Americans to understand the kamikaze.

"How could beautiful people like this have to die?" Yamanouchi asks. "My major point is,...they were not the robots like some Americans think they are."

What is the reality, then? Who are they?

Until 1943, college students in Japan were excused from military duty. But then deferments were abruptly canceled. The best and the brightest of Japan's young were instantly its newest warriors, marching off to war in carefully staged propaganda ceremonies.

Hachiro Sasaki was one of them, a brilliant economic student turned kamikaze, who wrote of his last visit home:

"December 8, 1943: My younger brother and I talked of family matters," he wrote. "Because I have Taizo, I can depart without leaving my heart entirely behind."

"It's crazy that younger people die," he adds.

"December 8, 1943: In all honesty,...those slogans that our military leaders spread around strike me as phrases that may sound good, but as basically empty."

To this day, Taizo Sasaki is troubled about why his brother was sent to his death.

What is it, or was it, about Japanese culture that allowethem to come up with this suicide weapon, where men would give their lives deliberately?

"I don't particularly see it as uniquely Japanese, though the fact was, the defense line was completely gone," Yamanouchi says. "There was nothing that can stop the Americans from coming over and completely destroying the whole country."

"And if that's the case, if I had to go, I would do whatever to slow down their coming over to kill my loved ones," she adds.

The toll was terrifying: 10,000 American sailors, killed or wounded and more than 150 ships, hit or sunk.

Not all the kamikaze were university students. In the beginning, some were seasoned pilots. In the end, some were criminals, sent to war instead of to jail. These were men who flew their planes, sometimes with only a day's instruction.

Some carried a special piece of cloth. One thousand women would each tie a single knot. It was meant to protect them.

"July 31, 1945: Last night, I completely changed everything I was wearing. I also wound tightly around my waist the thousand-stitch cloth my mother sent me," Toshimsa Hayashi wrote. "I am happy to fall like a cherry blossom petal."

"That is from (the) old samurai's code, explains Yamanouchi, adding that this is the most honorable thing to do, "to die beautifully. The cherry blossom falls beautifully, doesn't it? It doesn't cling on to it."

And, on April 14, Hachiro Sasaki, the young economics student, fulfilled his mission. No one knows what happened once he was in the air or how he died. All that is left are his final thoughts:

"I wish to live to the end as a human being,...through and through,...without ever being a coward."

Translating those words so Americans can read them settles a debt for Yamanouchi that is a half-century old.

"That's what I can do for these people who left. That's my gift," she explains. "They died for me."

Does she still feel guilt as well?

"Slightly, of course, because I wasn't there," she replies. "If I was there, I would be one of them, maybe."

Ichizo Hayashi was only 23, a student at Kyoto University, when he became a kamikaze. This was his last letter home:

He was embarrassed by his emotions - and by his fear.

"Actually, Mom, it was because I still wanted to be clinging on to you...just like a baby," he wrote.