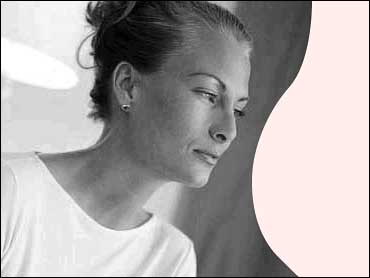 Medical researchers estimate that as many as one third of all pregnancies end in miscarriage, most in the first trimester.

But whether the pregnancy loss occurs in the first trimester or third, people are generally devastated and want to talk about their loss, The Early Show correspondent Laurie Hibberd reports. Now, they can.

Riverview Medical Center in Red Bank, N.J., is one of growing number of hospitals, which run support groups for parents who've lost a child during pregnancy. Lori Outcat, who has suffered seven miscarriages, says it's difficult for most people to understand this kind of loss.

Outcalt says, "When I go to the support group, you can cry together. It's like a little family; it's comforting. You know that no one is judging you because they've all been in the same exact boat that you're in."

Dr. Marilyn Loh Collado is an obstetrician at Riverview. She feels most women need a grieving period. But she says that wasn't always the conventional wisdom.

Dr. Loh Callado explains, "I think there is more recognition and it's talked about more now. Whether you had miscarriages or fetal losses, it used to be hush, hush and don't talk about it. It will go away. The women knew. But were they ever shown the baby, was it ever discussed, were her feelings allowed to be validated? No."

Gina Kolas-Sweat notes, "It just amazed me that the same people who couldn't wait for this baby had very little tolerance for my grief and pretty much expected me to go on with my life and have another baby as if one baby could replace another."

These people have all been part of another pregnancy loss support group, this one run by the National Council Of Jewish Women.

Ed Kessel remembers, "People said all kinds of insensitive, wrong, terrible things to me and I just heard it as, like, I don't know what to say so I'm babbling."

Some of the reactions he got after losing his child were, "'It was for the best.' 'That's probably one of the worst ones.' You don't tell anyone it was for the best when they just lost a child," he says. His wife Sharon says that to her, the comments went, "You're young. You can have another."

Ed Kessel points out, "It's like you can just go to the store and get another Diet Coke."

It was that kind of insensitivity that led these couples to find a place where they could talk about their loss with people who understood.

Merrill Gershberg says, "I realized this was something I had absolutely no capacity to recover from on my own. I felt so alone. I felt like I had to have been the only person that this ever happened to."

Rabbi Howard Needleman points out, "The issue with pregnancy loss is that it's so out of the norm that we mourn the loss of potential as opposed to the loss of memories."

And for these couples, the memories are everything because, no matter how briefly, their babies were a very real part of their lives.

Parents who lose a baby at any time during pregnancy or immediately after birth grieve deeply. Even the most loving friends and family may not understand the bereaved couple's needs, which can add to their isolation and sorrow. When their grief is acknowledged, expressed and understood, parents can begin to heal.