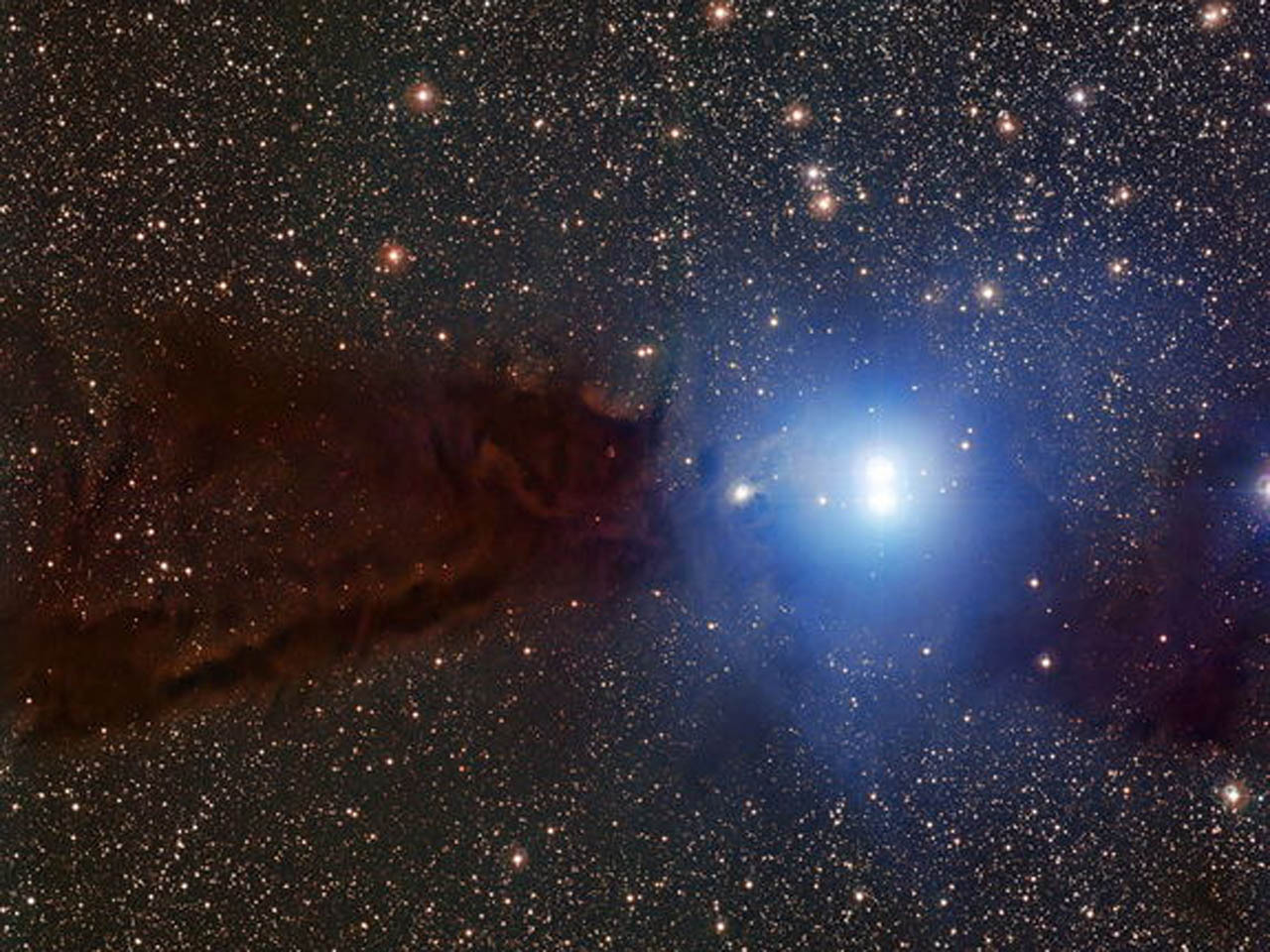 A jaw-dropping new photo from a telescope in South America has revealed a smoke-black cloud in deep space hiding a bustling nursery of baby stars.

The new image, captured by a telescope at the European Southern Observatory in Chile, is the best view ever of the dark space cloud Lupus 3. The cosmic cloud is about 600 light-years from Earth in the constellation Scorpious (The Scorpion).

The observatory released a wide-view and video tour of the Lupus 3 space cloud and a dazzling bright star cluster in addition to the close-up photo.

"At first glance, these two features could not be more different, but they are in fact closely linked," ESO officials said in an image description today (Jan. 16).

As the denser regions of the cloud contract under their own gravity and heat up, they blaze up into newborn stars whose light is initially blocked by the surrounding gas. But as stars grow hotter over time, their stellar winds sweep away the obstructing gas so that they emerge as bright beacons similar to those in the star cluster near Lupus 3, ESO officials explained.

"The bright stars right of the center of this new picture form a perfect example of a small group of such hot young stars," they added. "Some of their brilliant blue light is being scattered off the remaining dust around them."

Two of the brightest stars in the cluster can be seen easily with a small telescope, and are likely less than 1 million years old, according to an image description.

The new photo of Lupus 3 and its neighboring star cluster was snapped by the MPG/ESO 2.2-meter telescope at ESO's La Silla Observatory high up in Chile's Atacama Desert. It covers a visible field about 5 light-years across.

ESO officials said the Lupus 3 space cloud is likely similar to the star nursery that gave birth to Earth's sun more than 4 billion years ago.