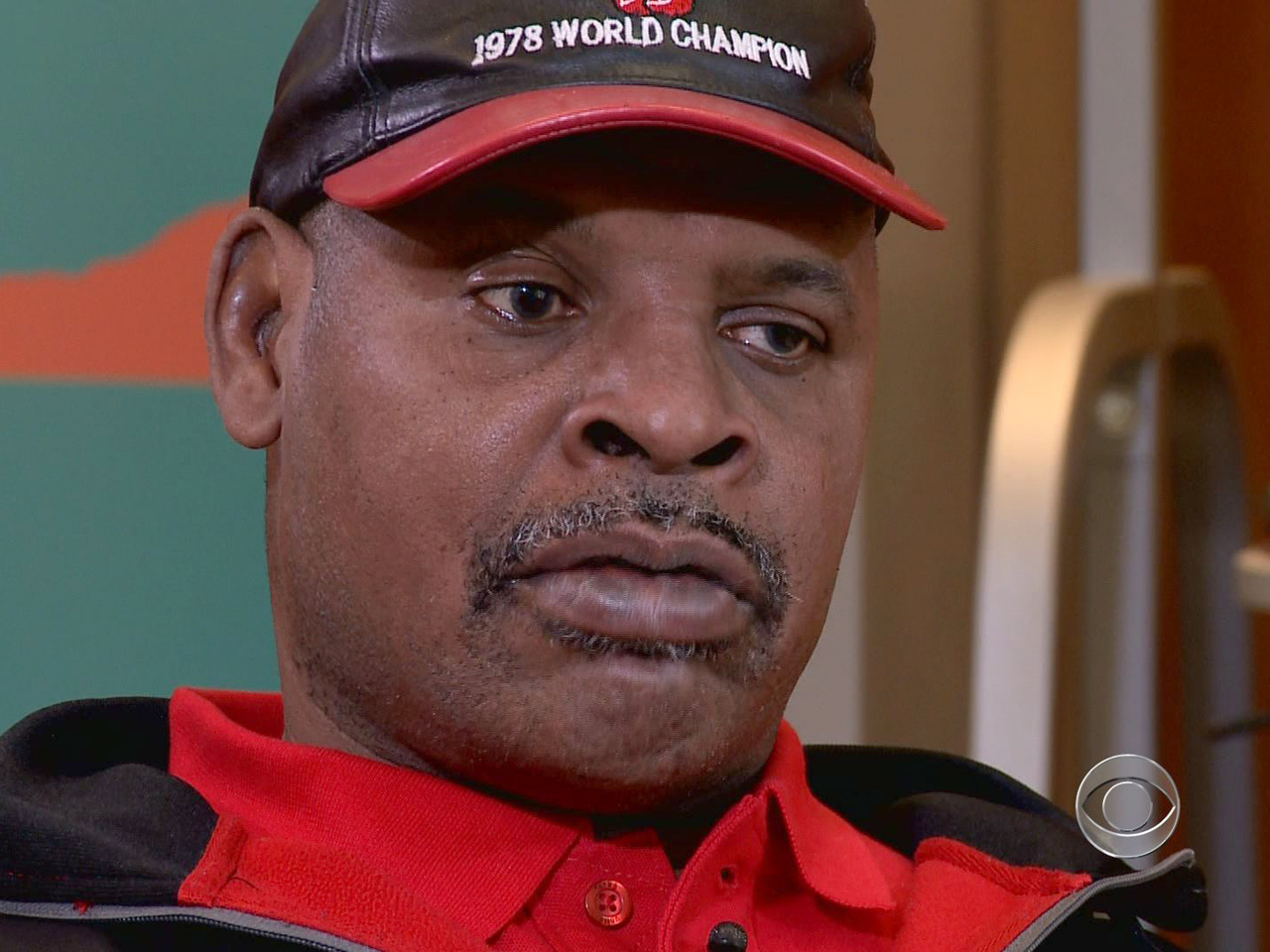 (CBS News) There's been a lot of concern about concussions among kids and adults who play football and other contact sports. A new study was presented recently to the American Academy of Neurology which looks at fighters. It finds three parts of the brain begin to shrink after nine years of repeated injury.

CBS News correspondent Lee Cowan reports that while the results are only preliminary, the research hints there's a correlation between repeated blows to the head, and neurological problems, especially loss of memory.

He was one of few boxers to ever take a title away from Muhammad Ali, but 38 years after that historic bout, Leon Spinks is not the man he was.

Doctors at the Cleveland Clinic's Lou Ruvo Brain Research Center in Las Vegas are trying to figure out how much of Spinks' memory loss can be blamed on repeated blows to the head.

"I never did think I had brain damage," Spinks said recently.

His wife Brenda isn't so sure, saying that boxing has been tough on him.

Dr. Charles Bernick, the leader of the study into brain disorders said that doctors have "known for years that boxers, perhaps 20 percent to 50 percent of boxers who've fought professionally, will develop long-term brain complications."

The question is: when does the damage begin?

If he can find out, Bernick says, it could help anyone suffering head trauma from football players to those injured in war.

Bernick recruited 78 boxers and mixed martial arts fighters. He tracks how often they fight, and how often they get hit. Their brain function is studied using memory and verbal tests, as well as an MRI.

So far, Bernick says he's discovered symptoms of memory loss usually don't show up until nine years into a fighter's career, but their brains may show signs of trouble much earlier. If the timeline can be identified, brain damage can be prevented.

One of the participants is 20-year-old Jessie Megdaleno. He's been boxing since he was 8 years old. Lee said he has thought about the fact that something may come up during the study that says he shouldn't be boxing.

"At the end of the day, my life and my health, is way more important than boxing," Megdaleno said, adding he'd walk away if he knew it was going to hurt him.

So far, the only thing Dr. Bernick can say for sure is the memory centers in the brains of some boxers have shrunk. If he can find out why, he says it could affect anyone suffering head trauma, from football players to those injured in war.

For Spinks, it may be too late, but a chance to help young fighters who want to follow in his footsteps is worth it.

Spinks said that if there is a danger in boxing, "I don't want the kids to go through want I went through."

Spinks is a boxer who won a title, and who still has a long fight ahead.