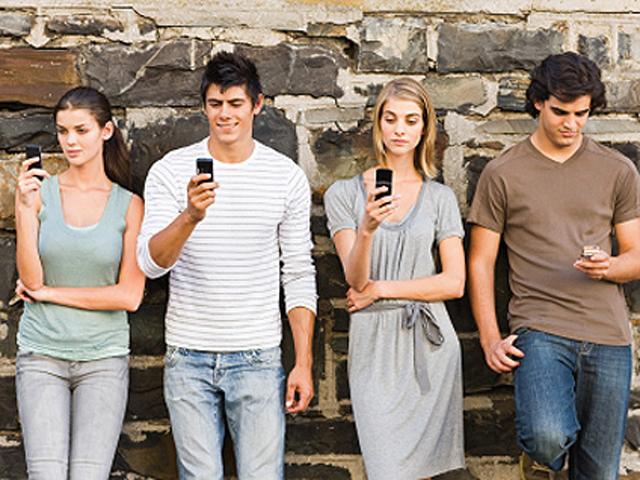 HEMPSTEAD, N.Y.Facebook or sex, what would you choose?

The times, they are a changin'. A study now out is creating a hubbub -- the hardest desires to resist seem to be social networking sites, not sexual relationships, CBS New York's Jennifer McLogan reported Tuesday.

Yes, social media over sex! Students are a-flitter over a Twitter and Facebook study that features an astonishing revelation: While the urge for sex is stronger, people are more likely to give in to the desire of social media.

"I think it's true. My computer charger broke and I was freaking out. [There are] so many things to do online -- checking e-mails, Facebook and Twitter," college junior Kristen Maldonado said.

The University of Chicago study that's "arousing interest" found that checking Facebook or Twitter is more alluring than sex for those immersed in the Internet age.

"I don't know if I would call it an addiction, but it might just be a new way of life for people," sophomore A.J. Sonnick said, adding when asked to get his head around the idea of giving up sex for Cyberspace, "I am still processing that one."

For seven consecutive days, 250 participants identified yearnings to interact through tweets, photos and comments as the most difficult stimulants to turn down.

More tempting even, than sex.

"If you had a window in your house, imagine just never trying to look out of it. So they feel it's there, they have to look at it," Hofstra University professor Jamie Cohen said.

"It is easy and immediate. There's an emerging notion of 'fear of missing out' that's a draw for people, a powerful impulse," Dr. Spaeth said.

"Social media is so constant, that even more than sex? You gotta be kidding me," college senior Rick Rissetto said, adding when posed with the same choice, "No, not even. I would take sex over social media any day of the week."

Still many in the study said the Internet is cheaper and more instantaneous than sex and relationships.

The study also showed that the more the participants tried to resist social media, the higher the craving became.