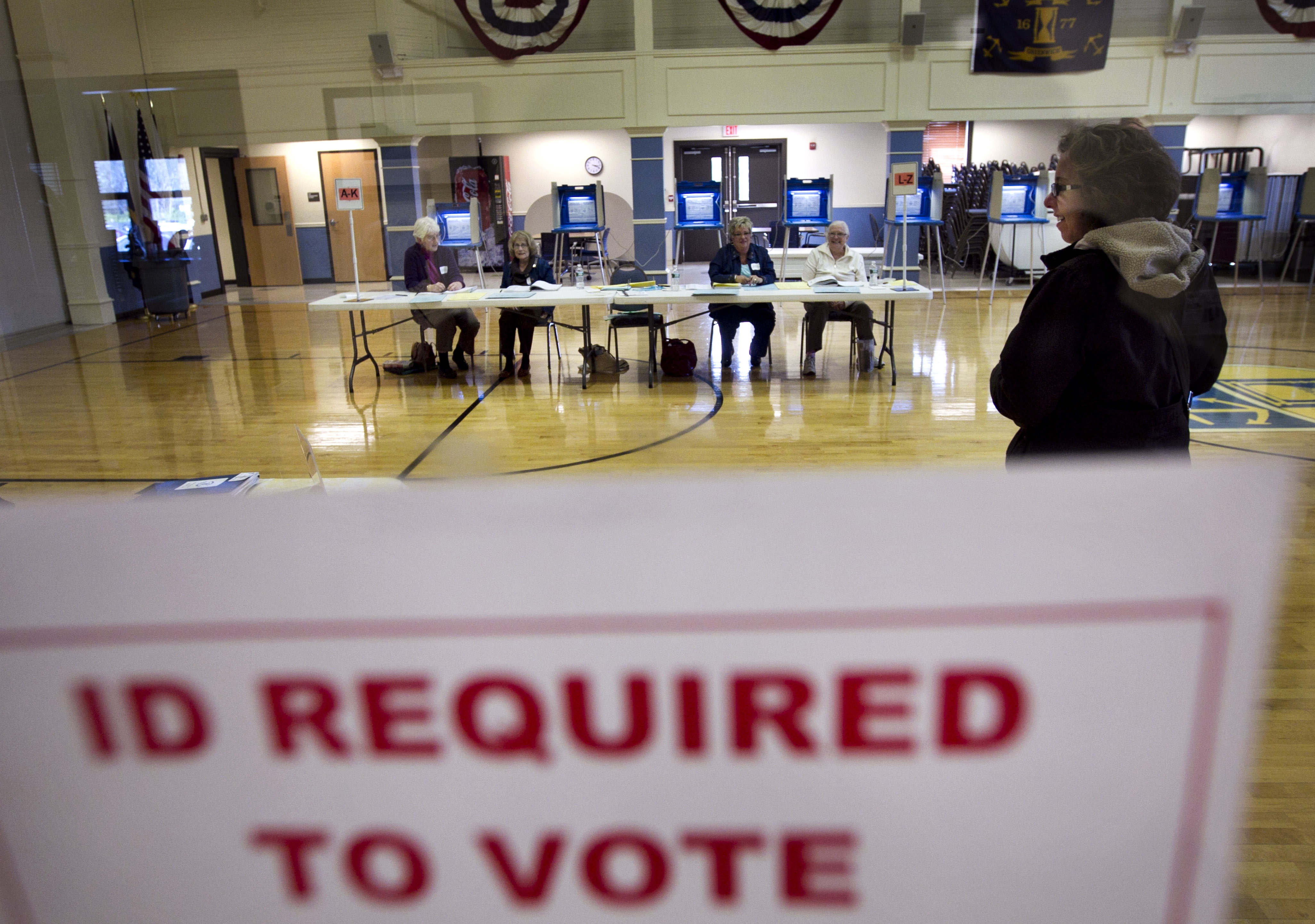 (AP) WASHINGTON - As many as 700,000 minority voters under age 30 may be unable to cast a ballot in November because of photo ID laws in certain states, according to a new study. The lower turnout could affect several House races as well as the tight presidential contest.

Using calculations based on turnout figures for the past two presidential elections, researchers at the University of Chicago and Washington University in St. Louis concluded that overall turnout this year by young people of color ages 18-29 could fall by somewhere between 538,000 to 696,000 in states with photo ID laws.

"Our estimates are conservative. We are looking at demobilization from 9 to 25 percent," said Cathy Cohen, a University of Chicago expert on young and minority voters, who worked on the study with Jon Rogowski of Washington University. "If young people really have valid IDs at a rate of only 25 or even 50 percent, the number of young people of color disenfranchised will be even greater than what we estimate."

The study says that 17 states have either put a strict photo ID requirement in place, request photo ID but have provisional alternatives in place for those without it, or have passed a photo ID law that has yet to take effect. Those states: Alabama, Florida, Georgia, Hawaii, Idaho, Indiana, Kansas, Louisiana, Michigan, Mississippi, New Hampshire, Pennsylvania, South Carolina, South Dakota, Tennessee, Texas and Wisconsin.

The study cites three House races among the several it says that could be affected by the "disproportionate demobilization" of young minorities: Georgia's 12th District, Pennsylvania's 6th District and Tennessee's 9th District. The Senate race in Wisconsin also could feel the impact of fewer young minorities voting, the study says.

An analysis by the Brennan Center for Justice at New York University's law school found that 11 percent of Americans lack a government-issued photo ID such as a passport, driver's license, state ID card or military ID. Nine percent of whites don't have such ID, compared with 25 percent of blacks and 16 percent of Hispanics, the Brennan study said.

"This is not about having ID. This is about having a specific type of ID. You can't show up with your Sam's Club card and vote," said National Urban League President Marc Morial. With just two months left before the election, the civil rights group is trying a variety of methods, from phone banks to social media to knocking on doors, in hopes of reaching young voters most affected by voting law changes.

Young minority voters, Cohen and Rogowski said, tend to be poorer and more transient, which means they are less likely to have a current address on their driver's licenses or other ID. Their licenses may be suspended or revoked due to unpaid fines, or they may not have access to the documents they need in order to get valid identification. Even if young voters are able to pull the necessary documentation together, the extra steps they must take to get an acceptable ID might prove discouraging, Cohen said.

"They have to find the appropriate office, bring the needed paperwork and pay the required fee, all to get an ID many don't know they need," she said. "It turns out that significant numbers of young people don't even know about these new photo ID requirements."

The analysis by Cohen and Rogowski was released this week by the Chicago-based Black Youth Project, a nonpartisan effort launched in 2004 to examine the political participation of African-Americans aged 15 to 25. It estimated that new photo requirements potentially could turn away:

Those numbers amount to a potential erosion of the gains in young minority voter participation over the two previous presidential election cycles, the analysis said.

Young blacks and Hispanics would be hard hit by the identification requirement, said Judith Browne-Dianis, director of The Advancement Project, which has filed legal challenges to various state voter ID laws. And since a disproportionate number of those potential voters are women, "that means at the end, young women may be the hardest hit," she said.

"People showed up in '08 in record numbers," Browne-Dianis said. "They can do it again, they're just going to have to jump a hurdle. But it's worth it."

Other findings in the Cohen and Rogowski study include: