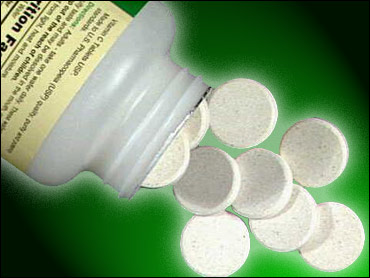 Your parents may still tell you to take your vitamins, but a cancer doctor might hesitate.

A recent study that found calcium and vitamin D supplements don't reduce the odds of developing breast cancer is the latest to deflate the cancer-prevention claims of some vitamin proponents.

A federal science panel last month had concluded there is no evidence for recommending certain vitamin supplements for cancer prevention. Even the Council for Responsible Nutrition, a supplement trade association, won't say vitamins prevent cancer.

"There is no vitamin or mineral supplement proven to reduce the risk of cancer," said Eric Jacobs, a senior epidemiologist and vitamin specialist with the American Cancer Society.

However, many doctors continue to recommend daily multivitamins for general health. And some experts say certain supplements may yet prove to be a help in the fight against cancer — once scientists can work out the right amounts and better ways to study their effects.

"I do think there is a fundamental issue of finding the optimal dose of essential nutrients," said Dr. Walter Willett, a professor of epidemiology and nutrition at the Harvard School of Public Health.

"More than half of Americans are taking dietary supplements — mostly multivitamins — but scientists aren't certain about their benefit," said Dr. J. Michael McGinnis, who chaired the National Institutes of Health panel that critiqued supplemental vitamins. "For something used so widely, at such expense, among Americans, there is simply a need for much better information."

But a larger, more scientifically rigorous study found 50 milligrams a day of alpha-tocopherol, a form of vitamin E, had no effect on lung cancer incidence. And 20 milligrams of beta-carotene, a precursor of vitamin A, actually increased lung cancer incidence in smokers by 18 percent. Health officials now warn smokers not to take beta-carotene supplements.

Studies also have found that beta-carotene has no impact on the incidence of lung cancer in non-smokers, or prostate or breast cancer. Also, research has found vitamin B2 and niacin had no impact on the occurrence of cancers, and selenium did not decrease skin cancer in people with a history of that disease.

More recently, a study published in April in the Journal of the National Cancer Institute concluded that a low-dose vitamin A derivative did not prevent head and neck tumors. Earlier research had suggested that higher doses of the derivative cut occurrence of subsequent tumors. But those higher doses caused severe cracking of the lips, eyelid inflammation and other problems, researchers said.

A study of about 36,000 post-menopausal women released this month found calcium and vitamin D supplements didn't cut the odds of developing breast cancer.

Willett, the Harvard expert, faulted the study led by Dr. Rowan Chlebowski of Harbor-UCLA Medical Center in Los Angeles and said a different dose of vitamin D may be needed to show an effect. He also said it's possible vitamins and supplements reduce cancer risk at one stage of life, but not another, as a previous Canadian study suggested.

Much of the research into potential cancer-fighting powers of vitamins and other supplements have been observational studies, said Andrew Shao, the Council for Responsible Nutrition's vice president for scientific and regulatory affairs.

But the gold standard is large, case-controlled trials involving elaborate precautions to isolate cause and effect and prevent biased results. Such studies are expensive and take many years to complete.

Also, if dosage is a key and researchers select the wrong dosage, such a study may find no benefit but miss that the vitamins reduce cancer risks at a different dose, he said.

Shao and others say there have been promising results regarding selenium's value against cancers other than skin cancer, and that continued work on folate and vitamins D and E also seems rewarding.

Meanwhile, patients are making their own decisions.

Lisa McRae, a 39-year-old real estate agent in suburban Atlanta, began taking supplements after she was diagnosed with breast cancer in December.

She and her mother read dozens of books discussing the value of diet and nutrients in combating chronic diseases. Staff at a hospital referred her to an acupuncturist, who recommended a Chinese herbal mix and seven other supplements.

McRae believes they can help her fight cancer, both now in the future.

"I think more people need to realize there are several ways to combat this disease," she said.