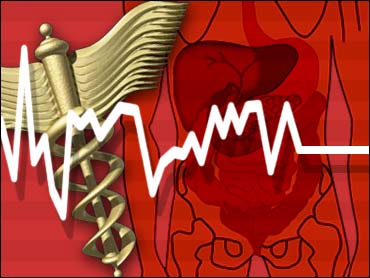 Blacks waiting for a liver transplant used to be more likely to die compared to whites. Now they have the same chance of getting a life-saving organ under a nationwide system that puts the sickest patients first, a new study found.

Racial differences disappeared when the old system was scrapped in 2002, according to the federally funded study, the first assessment of how blacks fared after the change.

"By design, we tried to make it race blind. It looks like we did," said Dr. Richard Freeman, a transplant surgeon at Tufts University School of Medicine in Boston, who helped create the new system and was not involved in the study.

But the research, in Wednesday's Journal of the American Medical Association, suggests the system may favor men over women. Dr. Cynthia Moylan, the study's lead author and a transplant fellow at Duke University Medical Center in Durham, N.C., called for more research on gender differences.

The nation faces a serious shortage of livers from deceased donors, with nearly 16,000 people now waiting. About 6,500 liver transplants were performed last year, but 1,602 people died waiting for a new one.

Under the old system, which relied heavily on how long a patient spent on an official waiting list, sicker patients were passed over in favor of those waiting longer.

The system favored whites because blacks join waiting lists when they are sicker. Why isn't clear, but blacks may get treatment later or have poor access to liver specialists.

Compared to whites, blacks on the waiting list had a 50 percent greater chance of dying or becoming too sick for transplant within three years, according to an analysis of five years of transplant records before the change. After the new system, called Model for End-Stage Liver Disease, or MELD, that difference disappeared.

The new system is based on three lab tests. Results are combined as a score that predicts a patient's risk of death within three months. Livers are allocated based on scores.

The change was made after the government ordered the United Network for Organ Sharing, which runs the transplant network, to make liver allocation less arbitrary.

Prior research has also found racial disparities in the allocation of kidneys. UNOS is currently evaluating its system for kidneys, which is now based on waiting time, blood type and tissue type.

North Carolina resident Sharon Dickens, 40, who is black, received a new liver in 2004 after five years on the waiting list. She suffered from a rare disease that blocks the bile ducts; transplant is the only cure.

Dickens wonders whether her transplant might have come sooner if the new system were in place in 1999 when she joined the waiting list. If so, she would have spent less time at home sick in bed.

"I lost a lot of weight. I couldn't eat. My eyes were yellow. I had pain in my abdomen," said Dickens of Scotland Neck, N.C. "Now I have a lot of energy. I can go to college and do something with my life."

For women, MELD wasn't an improvement. The study found women had a 30 percent greater chance of dying or becoming too sick for transplant with the new scoring system. The gender difference wasn't significant before.

One of the lab tests in the score may underestimate the severity of illness in women because of their smaller average size, said Dr. David Axelrod of Dartmouth-Hitchcock Medical Center in Lebanon, N.H., who was not involved in the study, but wrote an accompanying editorial.

"With a relatively minimal change we can deal with that," Axelrod said, suggesting a different weight-adjusted measurement.

Earlier research showed MELD improved waiting list death rates overall without hurting post-transplant survival. The average wait time for a liver in 2006 was 16 months, according to the organ network.

"In Wisconsin, waiting time is approximately half that in Chicago 90 miles away," Millis said. "There's no rational way to justify that."