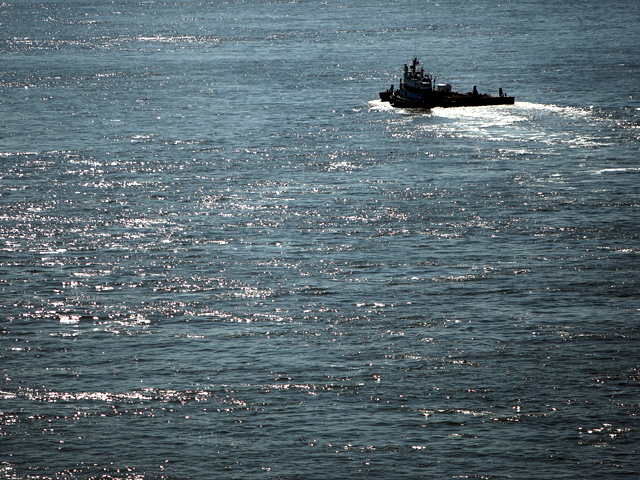 WASHINGTON - Sea level has been rising significantly over the past century of global warming, according to a study that offers the most detailed look yet at the changes in ocean levels during the last 2,100 years.

The researchers found that since the late 19th century — as the world became industrialized — sea level has risen more than 2 millimeters per year, on average. That's a bit less than one-tenth of an inch, but it adds up over time.

The predicted effects he cites aren't new and are predicted by many climate scientists. But outside experts say the research verifies increasing sea level rise compared to previous centuries.

Kenneth Miller, chairman of the Department of Earth and Planetary Sciences at Rutgers University, called the new report significant.

This state has the worst air quality in the nation

"This is a very important contribution because it firmly establishes that the rise in sea level in the 20th century is unprecedented for the recent geologic past," said Miller, who was not part of the research team. Miller said he recently advised New Jersey Gov. Chris Christie that the state needs to plan for a sea level rise of about 3 feet by the end of the century.

Horton said rising temperatures are the reason behind the higher sea level.

Looking back in history, the researchers found that sea level was relatively stable from 100 B.C. to A.D. 950. Then, during a warm climate period beginning in the 11th century, sea level rose by about half a millimeter per year for 400 years. That was followed by a second period of stable sea level associated with a cooler period, known as the Little Ice Age, which persisted until the late 19th century.

Rising sea levels are among the hazards that concern environmentalists and governments with increasing global temperatures caused by "greenhouse" gases like carbon dioxide from burning fossil fuels like coal and oil over the last century or so.

Although melting icebergs floating on the sea won't change sea level, there are millions of tons of ice piled up on land in Greenland, Antarctica and elsewhere. Melting that ice would have a major impact by raising ocean levels.

The result could include flooding in highly populated coastal cities and greater storm damage in oceanfront communities.

While the new study does not predict the future, Horton pointed out that it does show "there is a very close link between sea level and temperature. So for the 21st century when temperatures will rise, so will sea level."

Two of his co-authors calculated in an earlier paper that sea level could rise by between 30 and 75 inches by the end of this century. And it might even rise faster than that, Martin Vermeer of Aalto University in Finland and Stefan Rahmstorf of Germany's Potsdam Institute for Climate Impact reported in 2009.

"Accurate estimates of past sea-level variability provide a context for such projections," co-author Andrew Kemp of Yale University's Climate and Energy Institute said in a statement.

Horton's team studied sediment cores from salt marshes at Sand Point and Tump Point on the North Carolina coast to develop their calculations of sea-level change over the two millennia. They analyzed microfossils in the cores and the age of the cores was estimated using radiocarbon dating and other methods.

For the years since tide gauges have been installed, those findings closely track the results from the study, the researchers noted.

While Horton's report is the first to produce a continuous record of the past 2,000 years "other studies show similar changes, especially concerning the acceleration in sea level rise in the 20th century," Miller said.