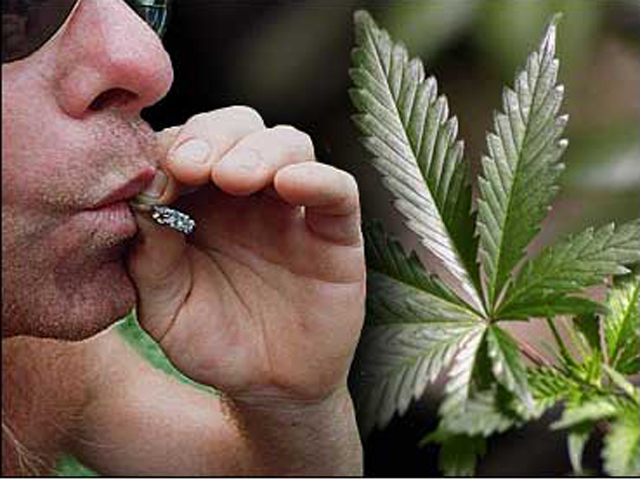 Add one more data point to the decades-old debate over marijuana legalization: A new study concludes that casual pot smoking - up to one joint per day - does not affect the functioning of your lungs.

The study, published in the Jan. 11 edition of Journal of the American Medical Association, also offered up a nugget that likely will surprise many: Evidence points to slight increases in lung airflow rates and increases in lung volume from occasional marijuana use.

Association Between Marijuana Exposure and Pulmonary Function Over 20 Years

"With marijuana use increasing and large numbers of people who have been and continue to be exposed, knowing whether it causes lasting damage to lung function is important for public-health messaging and medical use of marijuana," according to one of the study's co-authors, Stefan Kertesz. "At levels of marijuana exposure commonly seen in Americans, occasional marijuana use was associated with increases in lung air flow rates and increases in lung capacity."

He added that those increases, though not large, nonetheless were statistically significant. "And the data showed that even up to moderately high-use levels -- one joint a day for seven years -- there is no evidence of decreased air-flow rates or lung volumes," he said.

Echo of past findings

The findings echo results in some smaller studies that showed while marijuana contains some of the same toxic chemicals as tobacco, it does not carry the same risks for lung disease. It's not clear why that is so, but it's possible that the main active ingredient in marijuana, a chemical known as THC, makes the difference. THC causes the "high" that users feel. It also helps fight inflammation and may counteract the effects of more irritating chemicals in the drug, said Dr. Donald Tashkin, a marijuana researcher and an emeritus professor of medicine at the University of California, Los Angeles. Tashkin was not involved in the new study.

Study co-author Dr. Stefan Kertesz said there are other aspects of marijuana that may help explain the results.

Unlike cigarette smokers, marijuana users tend to breathe in deeply when they inhale a joint, which some researchers think might strengthen lung tissue. But the common lung function tests used in the study require the same kind of deep breathing that marijuana smokers are used to, so their good test results might partly reflect lots of practice, said Kertesz, a drug abuse researcher and preventive medicine specialist at the Alabama university.

Roughly equal numbers of blacks and whites took part, but no other minorities. Participants were periodically asked about recent marijuana or cigarette use and had several lung function tests during the study.

Overall, about 37 percent reported at least occasional marijuana use, and most users also reported having smoked cigarettes; 17 percent of participants said they'd smoked cigarettes but not marijuana. Those results are similar to national estimates.

On average, cigarette users smoked about 9 cigarettes daily, while average marijuana use was only a joint or two a few times a month -- typical for U.S. marijuana users, Kertesz said.

The authors calculated the effects of tobacco and marijuana separately, both in people who used only one or the other, and in people who used both. They also considered other factors that could influence lung function, including air pollution in cities studied.

The analyses showed pot didn't appear to harm lung function, but cigarettes did. Cigarette smokers' test scores worsened steadily during the study. Smoking marijuana as often as one joint daily for seven years, or one joint weekly for 20 years was not linked with worse scores. Very few study participants smoked more often than that.

Like cigarette smokers, marijuana users can develop throat irritation and coughs, but the study didn't focus on those. It also didn't examine lung cancer, but other studies haven't found any definitive link between marijuana use and cancer.