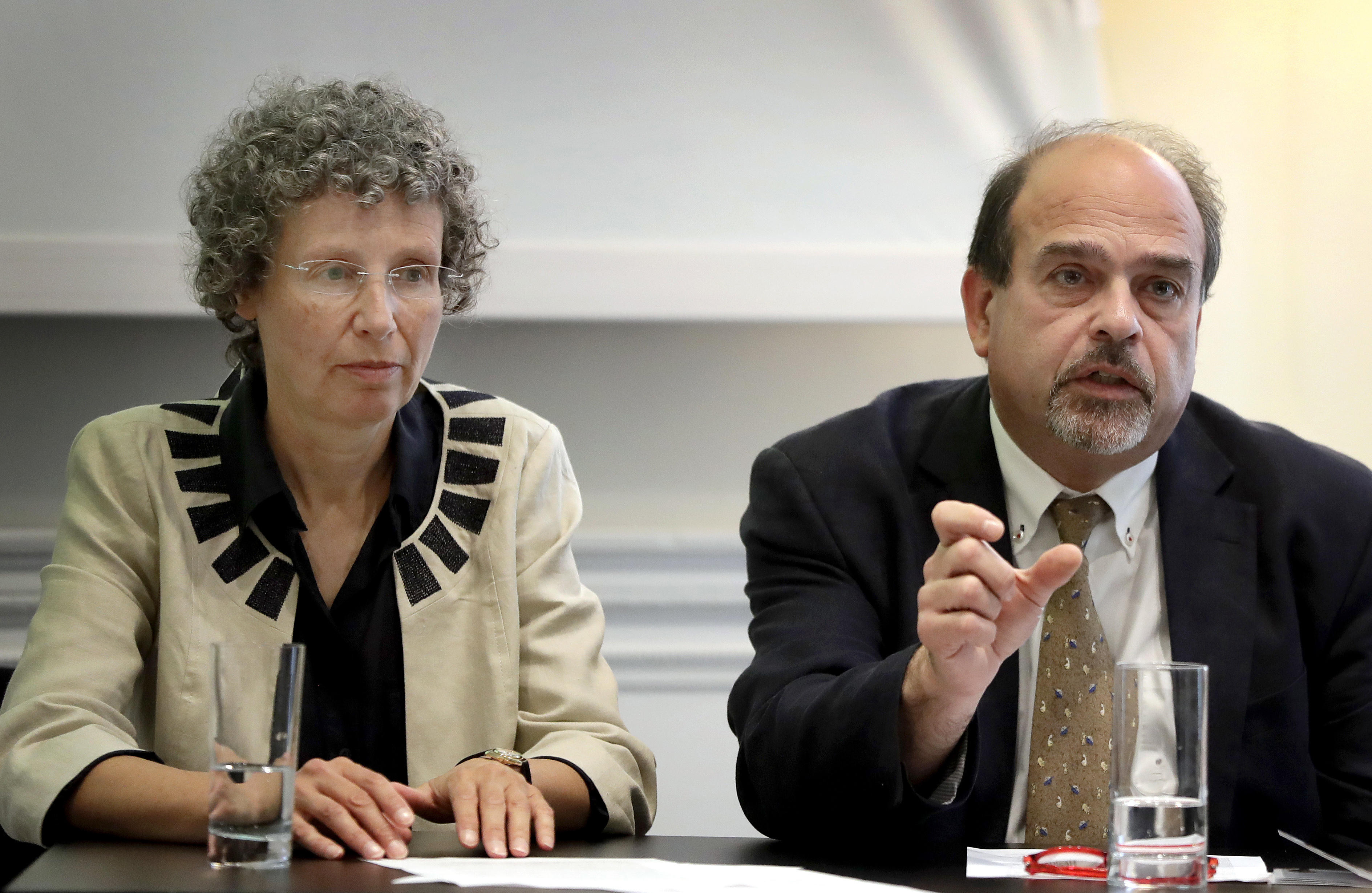 LONDON  Men with early prostate cancer who choose to closely monitor their disease are just as likely to survive at least 10 years as those who have surgery or radiation, finds a major study that directly tested and compared these options.

Survival from prostate cancer was so high -- 99 percent, regardless of which approach men had -- that the results call into question not only what treatment is best but also whether any treatment at all is needed for early-stage cases. And that in turn adds to concern about screening with PSA blood tests, because screening is worthwhile only if finding cancer earlier saves lives.

“There’s been no hard evidence that treating early disease makes a difference,” said Dr. Freddie Hamdy of the University of Oxford, the study’s leader.

“Because we cannot determine very well which is aggressive cancer and which is not, men and clinicians can both be anxious about whether the disease will progress,” he said.  “And that pushes them toward treatment.”

Dr. Otis Brawley, chief medical officer for the American Cancer Society, welcomed the results but said it would be a struggle to convince men diagnosed with early prostate cancer in the U.S. to skip surgery or radiation. He said he often suggests monitoring but “it’s a challenging process to explain to people that certain cancers just don’t need to be treated.”

“Our aggressive approach to screening and treating has resulted in more than 1 million American men getting needless treatment,” said Brawley, who had no role in the study.

The research was published online Wednesday in the New England Journal of Medicine. It was paid for by Britain’s National Institute for Health Research.

The study involved more than 82,000 men in the United Kingdom, aged 50 to 69, who had tests for PSA, or prostate specific antigen. High levels can signal prostate cancer but also may signal more harmless conditions, including natural enlargement that occurs with age.

Researchers focused on the men diagnosed with early prostate cancer, where the disease is small and confined to the prostate. Of those men, 1,643 agreed to be randomly assigned to get surgery, radiation or active monitoring. That involves blood tests every three to six months, counseling, and consideration of treatment only if signs suggested worsening disease.

A decade later, researchers found no difference among the groups in rates of death from prostate cancer or other causes. However, more men being monitored saw their cancers worsen -- 112, versus 46 of those given surgery and 46 of those who got radiation.

General quality of life in terms of physical mobility and mental well-being, including anxiety and depression, were the same between the groups.

Researchers say that the main takeaway of the study is that there are advantages and disadvantages to each treatment and patients should carefully consider all options with the counsel of their physicians.

“With the high level of survival with all treatments, men do not need to rush to make a decision about treatment, but should consider the differences between the treatments in terms of disease progression and side effects, and make a choice that suits their views about their quality of life and current or likely future health concerns,” lead study author Jenny Donovan told CBS News.

The study should also give some peace of mind to those who decide on treatment, says Dr. Louis Potters, chairman of the department of radiation medicine at Northwell Health in New Hyde Park, NY.

“For those men undergoing treatment, the good news is that they do not need to worry about which option is better, radiation or surgery,” he said.

PSA testing remains popular in the U.S. even after a government task force recommended against routine screening, saying it does more harm than good by leading to false alarms and overtreatment of many cancers that would never threaten a man’s life. In Europe, prostate cancer screening is far less common.

Donovan said follow-up is needed in the study population to see how survival and progression continue to develop in the next five to 20 years.

Other experts said scientists should focus on how to figure out which cancers are so slow growing they don’t need treatment and those that do.

“We need something to allow us to identify men with aggressive disease earlier,” said Dr. Malcolm Mason, a prostate cancer expert at the charity Cancer Research U.K. He said the study confirmed that for men in the early stages of the disease, there is no wrong treatment decision.

Some participants who had surgery or radiation said they didn’t regret it despite learning now that they probably could have done just as well without it.

Tony Hancock, 60, who was diagnosed with prostate cancer eight years ago in Newcastle, said he originally wanted to have his disease monitored but the study assigned him to have surgery.

“Within about 24 hours, I persuaded myself that it was the best option,” he said. “I started to think, ‘how could you live like that, knowing there’s a cancer growing inside you and you’re not doing anything about it?’”

Although he suffered side effects including some incontinence and pain, Hancock was glad he had the surgery.

“Psychologically, I know the cancer has been removed because my prostate is gone and I’ve never looked back since then.”

Douglas Collett, a retired construction worker from Cromhall, said he was horrified when he was diagnosed with prostate cancer.

“It hit me like a sledgehammer,” the 73-year-old said. “My initial reaction was to get rid of it.”

But after reading up on the risks and benefits of surgery and radiation, Collett said he was relieved to have been assigned to the monitoring group, and feels more men should be fully informed about the various strategies.

“Maybe the first option shouldn’t be surgery or radiotherapy,” he said. “I’m quite happy to have avoided any of those side effects. I feel just fine now so maybe I never needed anything else.”