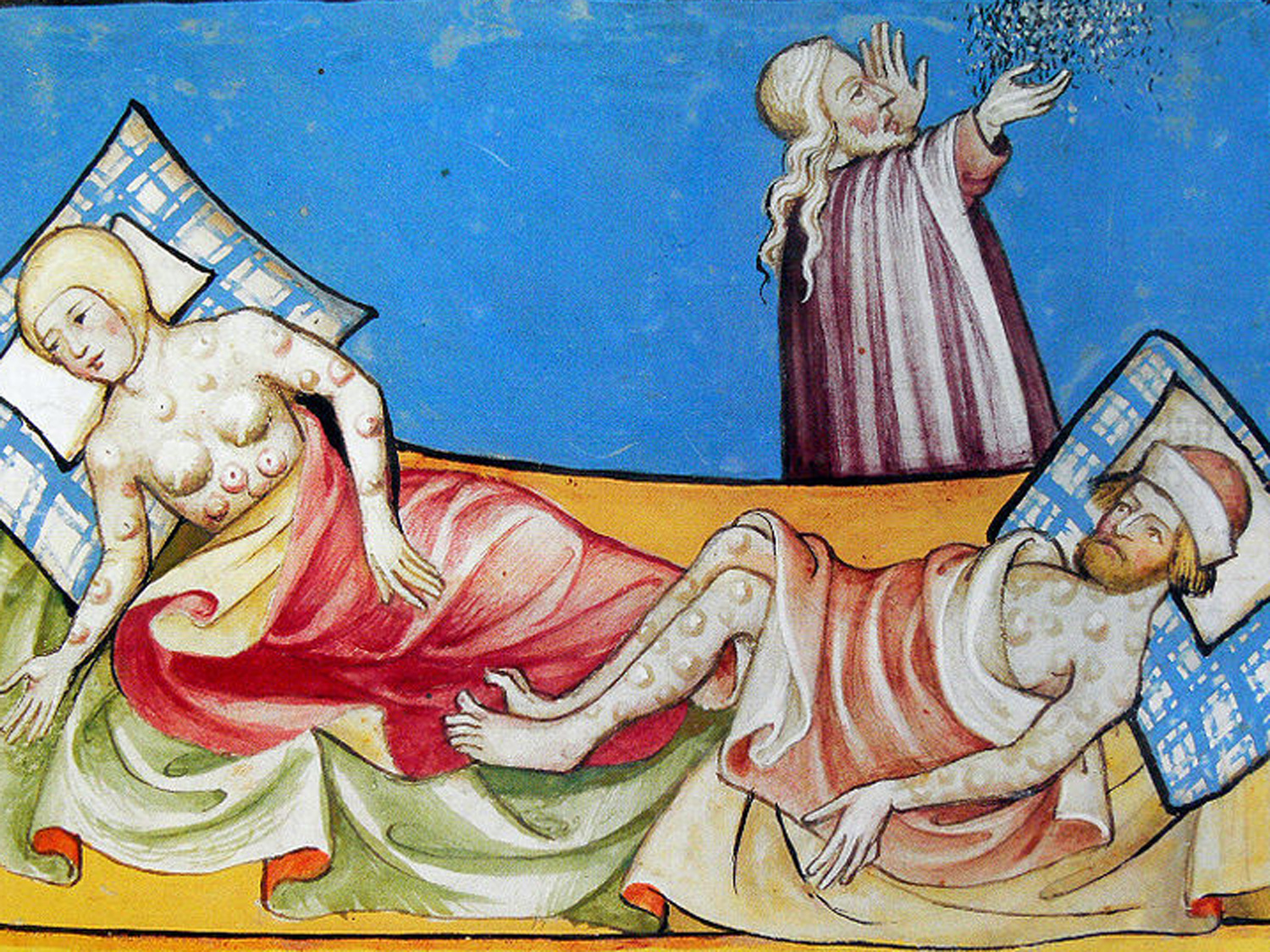 WASHINGTON - The version of plague that caused the Black Death in 14th century Europe may now be extinct, researchers report, but other deadly forms remain in circulation today.

The plague that ravaged Europe wiped out nearly a third to two-thirds of the population according to various estimates. Its cause was eventually identified as the bacteria Yersinia pestis.

A new study of DNA from people who died of the plague in London has now identified the form of the germ that caused their deaths, the researchers report in Tuesday's edition of Proceedings of the National Academy of Sciences.

The remains of more than 100 plague victims buried between 1348 and 1350 in the East Smithfield burial site showed evidence of a strain of Y. pestis, according to the researchers led by Hendrik N. Poinar of McMaster University in Canada, and Johannes Krause of Tuebingen University in Germany.

"Our data reveal that the Black Death in medieval Europe was caused by a variant of Y. pestis that may no longer exist," the researchers wrote.

That doesn't mean it's safe to relax, noted Ole Georg Moseng of the Institute of Health and Society at the University of Oslo, Norway. Other forms are still dangerous, although it varies by strain, he said. The germ is carried by fleas.

The reasons plague no longer causes widespread deaths are that it is fairly easy to suppress, both by antibiotics and by means of isolation and pesticides, said Moseng, who was not part of the research team.

Since 1954, he noted, there have been yearly outbreaks in Brazil, Congo, Madagascar, Myanmar, Peru, the U.S. and Vietnam. Virginia Miller, of the Center for Infectious Diseases at the University of North Carolina, said the findings reconfirm that the Black Death was indeed caused by Y. pestis, but she wasn't surprised the strain was a variant.

Whether Y. pestis was behind the Black Death had been questioned by other researchers in the 1970s and 1980s. This report joins other recent studies that reaffirmed Y. pestis as the cause, Moseng agreed.

While the study was not able to sequence the entire genome of the medieval plague, the amount they were able to study confirmed it is the same disease as the Y. pestis circulating today, Poinar said.

"With any ancient pathogen, understanding why it might have been so virulent in the past is important to be able to predict possible reemergence today," Poinar said. "If it did ... perhaps we might be prepared,"