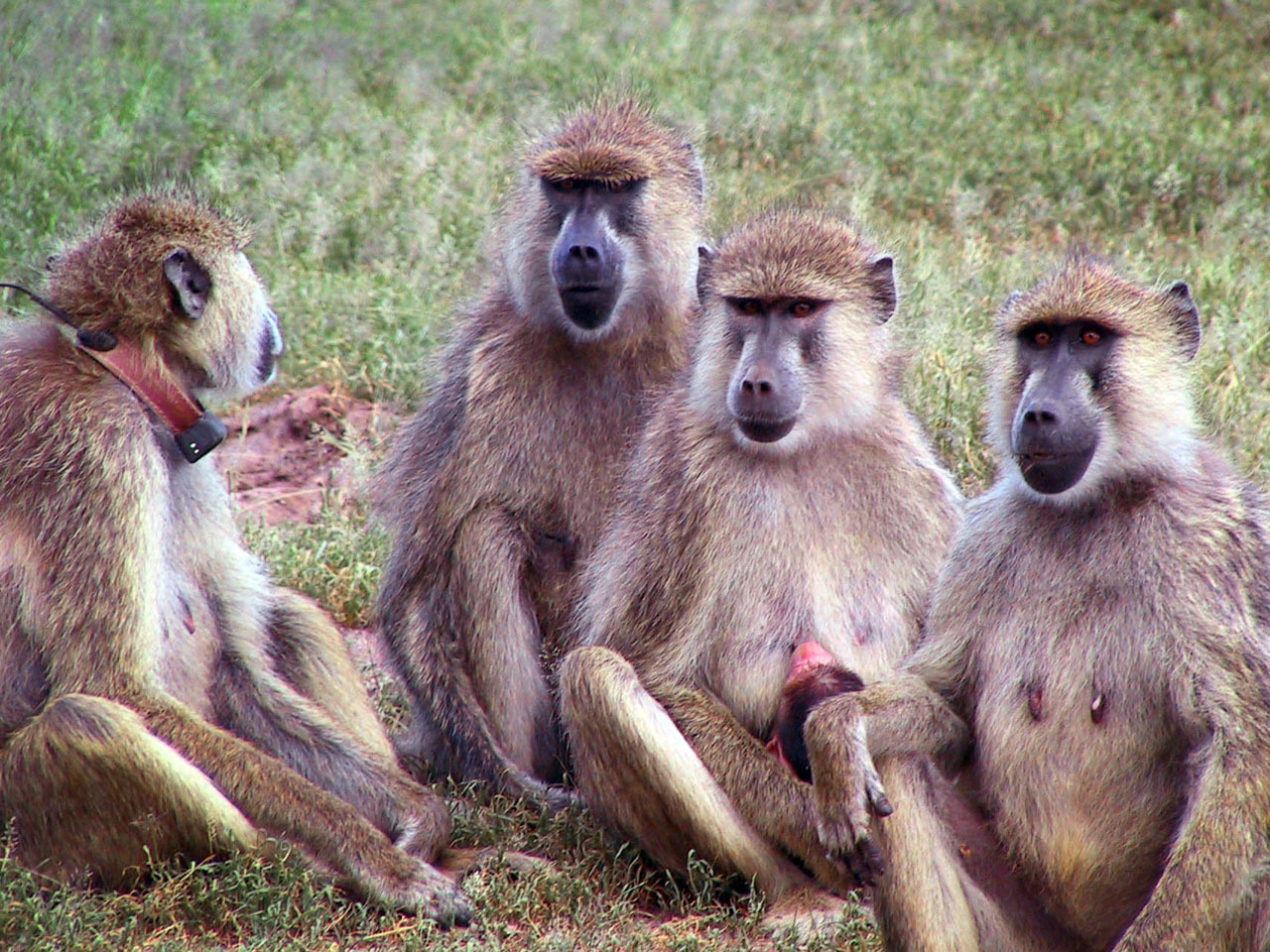 WASHINGTON - The pattern of aging in humans is not too different from most other primates, such as chimpanzees, monkeys and baboons, new research shows.

A team led by Anne Bronikowski of Iowa State University studied data on primate aging collected over decades around the world and compared it with statistics on modern Americans. Aging was defined as the increased risk of dying from natural causes while getting older. Some experts have thought that because people have relatively long life spans, humans aged differently from other mammals.

The research team believed that any major difference between humans and primates was most likely to show up with modern people, rather than a hunter-gatherer culture, Bronikowski said in a telephone interview. "And the fact that we don't find a difference there is more compelling."

The basic pattern they found is a relatively high risk of dying in infancy, a low risk of death during the juvenile years and then an increased risk of dying as aging progressed. Also, they found that in most cases males don't live as long as females.

"Human patterns are not strikingly different, even though wild primates experience sources of mortality from which humans may be protected," the authors wrote in a study published online Thursday in the journal Science.

The lone exception to the general pattern was the muriqui monkey in Brazil; males and females have similar life spans. Unlike other primates, muriqui males do not compete with each other for access to females. Instead, they cooperate with each other, explained co-author Karen Strier, an anthropologist at the University of Wisconsin who has studied muriquis since 1982.

The researchers said the reason males of other species die earlier than females may be a result of the stress of competition.

Joseph W. Kemnitz of the Wisconsin National Primate Research Center called the study "an important step" because it provides the first assessment of patterns of aging in large populations of nonhuman primates living in their natural environments. Kemnitz was not part of the research team.

The "hard-won data will be welcomed by all of us interested in comparing patterns of actuarial aging both among species and among populations of the same species," added anthropology processor Kristen Hawkes of the University of Utah.

"The study of other primates contributes to understanding human aging because we share so much of our basic physiology," added Hawkes, who was not part of the research team.