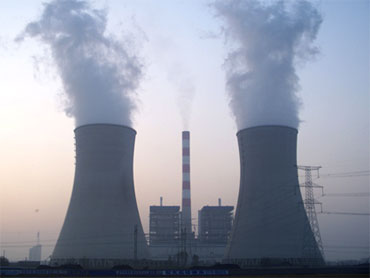 British climatologists say the evidence is increasing that human actions are causing the Earth's climate to grow warmer.

The Met, Britain's national weather service, says a new review of 110 research papers written and researched during the last three years shows "evidence has strengthened for human influence on climate," according to a BBC news report.

Scientists say the research shows greater evidence for human impact on the climate now than the data available when the Intergovernmental Panel on Climate Change issued its much-maligned report in 2007, warning of "unequivocal" proof of warming.

The IPCC study was dismissed by climate change skeptics and lost considerable credibility in the public's eye thanks to the questionable practices of the scientists involved. Rather than becoming a benchmark in the environmental lobby's progress toward convincing the world of man's bearing on the climate, the study was instead immortalized as the spark which ignited the ensuing "Climate-Gate" scandal.

What makes the new review by The Met more credible, according to its authors, is the broad view it takes of the world's weather and eco-systems.

"We hadn't [until now] looked in detail at how the climate system was changing," Dr. Peter Stott told the BBC.

"[Our paper looks at] not just the temperatures but also the reducing Arctic sea ice and it includes changing rainfall patterns and it includes the fact that the atmosphere is getting more humid.

"And all these different aspects of the climate system are adding up to a picture of the effects of a human influence on our climate."

Scott insists the new study, which began about a year ago, was not simply an effort by the scientific community to rebuff climate change naysayers who were hugely emboldened by Climate-Gate.

"I think it's important to communicate to people what the science is showing and that's why I'm talking about this paper," Scott told the BBC.

Meanwhile, separate research has revealed Methane as a possible greater threat to the Earth's delicate environment than previously thought.

A potent global warming gas, methane is bubbling out of the frozen Arctic faster than had been expected.

Methane had become trapped in the permafrost over time and a warming climate is now resulting in its release, researchers report in Friday's edition of the journal Science.

"The amount of methane currently coming out of the East Siberian Arctic Shelf is comparable to the amount coming out of the entire world's oceans," said Natalia Shakhova, of the University of Alaska Fairbanks International Arctic Research Center and the co-author.

Concerns about global warming have centered on rising levels of carbon dioxide in the atmosphere, but scientists note that methane can be 30 times more effective at trapping heat than carbon dioxide.