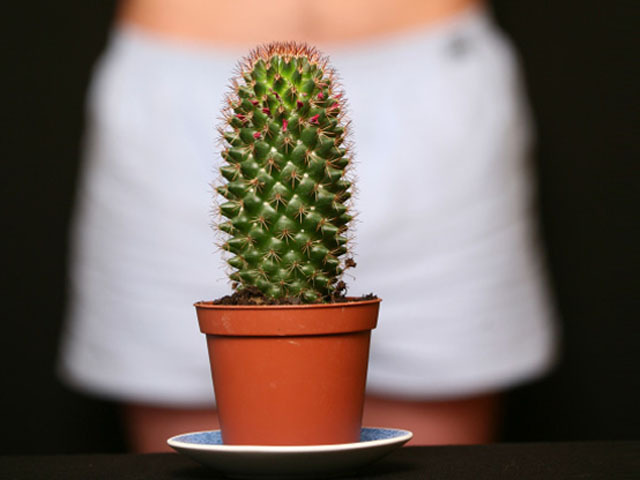 Had human development taken a different turn, the male penis likely would still have small, hard spines similar to those found in certain primates.

A new study, published in the journal Nature, finds that humans lost DNA that would have promoted spine growth on the penis.

The research, led by David Kingsley of the Howard Hughes Medical Institute and Stanford University School of Medicine, found that the loss of a molecular mechanism was "particularly likely" to result in "significant regulatory changes in humans." Among these changes: humans' development of larger brains compared with those in chimpanzees, our closest relative. Also, the absence of human sensory whiskers found on the faces of apes. All told, the researchers said they were able to confirm 510 such deletions in humans - one of which resulted in the loss of a penile spine enhancer.

"Deletions of tissue-specific enhancers may thus accompany both loss and gain traits in the human lineage, and provide specific examples of the kinds of regulatory alterations, and inactivation events long proposed to have an important role in human evolutionary divergence," the study reports.

In an interview, Kingsley was quoted by Reuters noting that "people are always surprised to hear that the penis of many organisms are covered with these spines." He added that penile spines are usually found in animal species that mate quickly. He said that the loss of those spines were connected to longer-lasting copulation.

Money quote du jour relating to all his must go to David Haussler, a human genome researcher at the University of California, Santa Cruz. Commenting on our ancestors' loss of penile spines. he observed that "couples everywhere can be thankful that this particular piece of DNA was ditched."

Hard to top that one.

LiveScience has more about the report's findings here.

Books vs. e-books: The science behind the best way to read
Charles Cooper