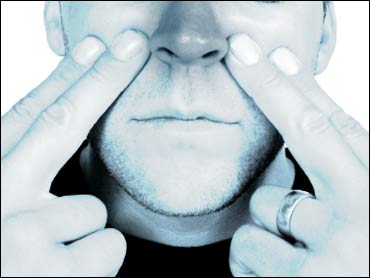 Now, new research being published Tuesday in Proceedings of the National Academy of Science, indicates that the key is the absolute humidity - which measures the amount of water present in the air, regardless of temperature - not the more commonly reported relative humidity.

Relative humidity varies depending on air temperature; absolute humidity does not.

"The correlations were surprisingly strong. When absolute humidity is low, influenza virus survival is prolonged and transmission rates go up," said Jeffrey Shaman, an Oregon State University atmospheric scientist who specializes in ties between climate and disease transmission

The finding "is very important for the scientific community and the medical community to know to develop better prediction models of influenza," Shaman said in a telephone interview. It will offer the chance to better understand and forecast the spread of the disease.

For the public, he added, it offers a "more elegant explanation for why we see these seasonal spikes" in flu. And, he added, it shows that in some cases it may be worthwhile to add humidity to the air. Beware of overdoing it, though - too much humidity can lead to other problems, such as mold.

The correlation with flu and low humidity is important because in cold winter weather, when flu is most common, even a high relative humidity reading may indicate little actual moisture in the air, and the less moisture there is, the happier the flu virus seems to be.

Shaman and co-author Melvin Kohn, an epidemiologist with the Oregon Department of Health Services, reanalyzed data from a study published in 2007 in the journal PLoS Pathogens by researchers at Mount Sinai School of Medicine in New York. That report found there were more flu cases when it was colder and drier.

The Oregon researchers said relative humidity could only explain about 12 percent of the variability of influenza virus transmission and 36 percent of virus survival in the 2007 study.

So why is relative humidity misleading?

The answer is that more moisture can be present in warm air than in cold. Some people like to say warm air can hold more moisture than cold air. While that's not scientifically correct, it is a convenient way to think about it.

So, while the cold air sounds moist, it might be pretty dry - just what the flu likes.

Absolute humidity is expressed in weight of water, grams or pounds, in a volume of air, such as a cubic meter or yard. The higher the reading the wetter; the wetter, the worse for flu virus.

"In some areas of the country, a typical summer day can have four times as much water vapor as a typical winter day - a difference that exists both indoors and outdoors," Shaman said. "Consequently, outbreaks of influenza typically occur in winter when low absolute humidity conditions strongly favor influenza survival and transmission."

The myth of the college dropout

The deadliest animals on Earth, ranked
Thanks for reading CBS NEWS.
Create your free account or log in
for more features.
View CBS News In
CBS News App Open
Chrome Safari Continue
Be the first to know
Get browser notifications for breaking news, live events, and exclusive reporting.