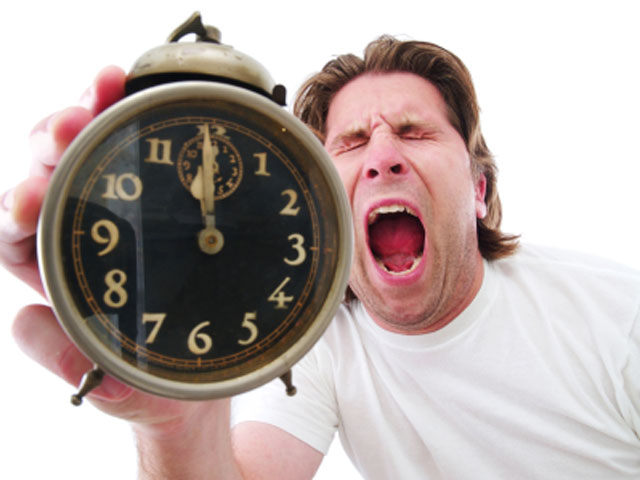 (CBS News) It's no secret our bodies need sleep to function at their best. For shift workers who vary their work and sleep schedules, they especially risk not getting enough shut-eye.

A new study confirms those workers, and anyone who doesn't get enough sleep, can harm their health by raising their risk for diabetes and obesity.

Previous studies of shift workers and similar groups suggest sleep patterns that are inconsistent with our body's "internal clock " could lead to health problems. For this new study, researchers instead looked at 21 healthy participants, and put them through experiments that mimicked the sleep patterns of shift workers or those of people with recurring jet lag.

In the six-week study that's published in the April 11 issue of Science Translational Medicine, 21 men and women started out by getting an "optimal" 10 hours of sleep per night, and followed that with three weeks of about 5.5 hours of sleep that varied between day or night, such as a shift worker may experience. The study ended by participants getting nine nights of "recovery sleep" at their usual slumber time. Participants ranged in age from their 20s to their 60s, and lived in dimly lit rooms without windows to prevent their bodies from adjusting to day and night.

By study's end, the researchers saw that restricting sleep and disrupting the body's clock, or circadian rhythm, decreased metabolism among participants and caused a spike in their blood glucose after eating, a sign that the pancreas isn't producing enough insulin. The researchers say that could translate to an extra 10 pounds of weight gain each year and an increased risk for diabetes.

"The evidence is clear that getting enough sleep is important for health, and that sleep should be at night for best effect," study author Dr. Orfeu M. Buxton, a neuroscientist and sleep researcher at Brigham and Women's Hospital in Boston, said in a written statement.

Buxton said these effects are not limited to shift workers. As more Americans work later hours, they too are setting themselves up for health problems.

"The modern condition of excess work, excess pressure, no sleep -- all this disruption -- we can't adapt well to it metabolically," Buxton told WebMD. "This is a maladaptive response to modern life."

Dr Matthew Hobbs, head of research at the British organization Diabetes UK, cautioned that the study was rather small and the laboratory settings may not apply to the real world, telling BBC News, " For these reasons, it is not possible to conclude that the findings would translate to real conditions in the wider public."

Buxton agreed that the shifts his participants went through were brutal, telling TIME, "Nobody would do a night

He says that the takeaway message is that sleep is as essential as other commonly extolled healthy habits of diet and exercise, and if one of them becomes a lower priority, they'll all fall.

"So you have a ton of job demands and you're not getting a lot of sleep. That gives you less energy for exercise," Buxton told WebMD. "Similarly, your diet changes. Not only are you hungrier and having cravings for more food, and eating more," but being tired makes it tougher to resist junk food cravings.

Many shift workers are in the transportation industry. Click here for the results of a survey that named .