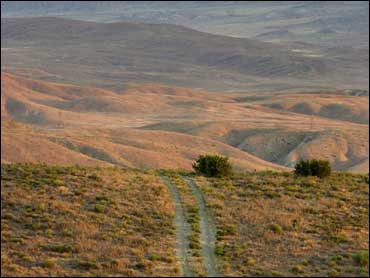 New earthquake research confirms the southern end of the San Andreas fault near Los Angeles is overdue for a Big One.

The lower section of the fault has not produced a major earthquake in more than three centuries. The new study, which analyzed 20 years of data and is considered one of the most detailed analyses yet, found that stress has been building up since then, and that the fault could rupture at any moment.

"The southern section of the fault is fully loaded for the next big event," said geophysicist Yuri Fialko of the Scripps Institution of Oceanography in La Jolla.

Predicting exactly when that might happen, however, is beyond scientists' ability.

The analysis was published in Thursday's issue of the journal Nature.

Experts have estimated that a quake on the southern San Andreas of magnitude 7.6 or greater could kill thousands of people in the densely populated greater Los Angeles area and could cause tens of billions of dollars in damage.

It was the 800-mile San Andreas fault, which runs down California like a scar, that caused the 1906 San Francisco earthquake — leading to about 3,000 deaths.

But scientists know very little about the 100-mile dormant southern segment, which slices through Southern California from San Bernardino, east of Los Angeles, to near the Mexican border.

The section last popped in 1690, producing an estimated 7.7-magnitude quake, but caused little injury or damage because hardly anyone lived there at the time.

Using satellite radar and global positioning data, Fialko measured the movement of the southern San Andreas between 1985 and 2005. Small movements along a fault can relieve strain. Calculating those subtle motions allows scientists to figure out how much strain is building up.

Fialko found that the southern end of the fault has shown little movement and that significant strain is building up. The fault's slip rate, or average annual movement, was measured to be about an inch a year — similar to previous estimates.

Surprisingly, Fialko found the two sides of the southern San Andreas behaved differently, with one side showing more flexibility than the other. This could help scientists understand potential earthquake risks, he said.

Ken Hudnut, a U.S. Geological Survey geophysicist in Pasadena, who had no role in the study, said the latest research reaffirms the need to study the mysterious southern San Andreas more closely.

In the fall, Hudnut will head a $240,000 project that would conduct tests on the southern segment to get a better idea of the threat it poses