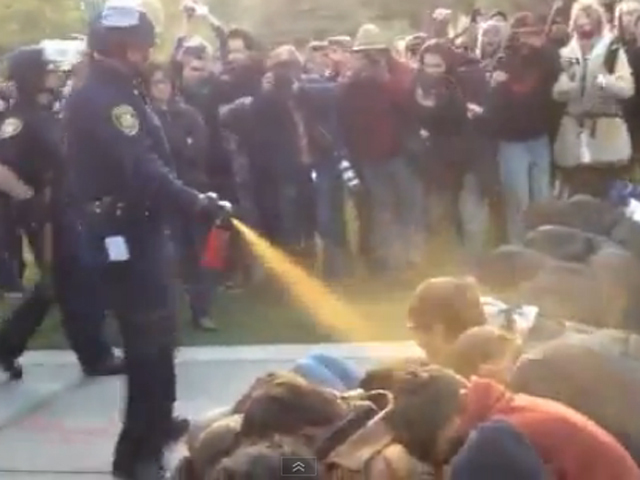 SAN FRANCISCO - The University of California, Davis is facing a federal lawsuit filed by students who were pepper-sprayed during a campus crackdown on Occupy protests last fall.

Nineteen students and alumni represented by the American Civil Liberties Union filed the complaint in U.S. District Court in Sacramento on Wednesday.

The lawsuit is the latest fallout from the Nov. 18 incident, when campus police doused pepper-spray on sitting protesters who had set up an Occupy camp.

Widely viewed online videos of the pepper-spraying generated national outrage and calls for the chancellor's resignation. The chancellor, P.B. Katehi, has apologized but refused to step down.

The lawsuit claims the university violated the demonstrators' constitutional rights and seeks campus policies to prevent similar responses to non-violent protests, as well as unspecified damages.

UC Davis officials declined to comment Wednesday because they had not seen the lawsuit.

Prosecutors said last month that none of the students involved in the protest would be charged. Yolo County District Attorney Jeff Reisig said there was insufficient information in police reports of the Nov. 18 protest to warrant charges against eight men and two women who were cited for unlawful assembly, failure to disperse or illegal camping.

The district attorney's office has been investigating the spraying at the chancellor's request.