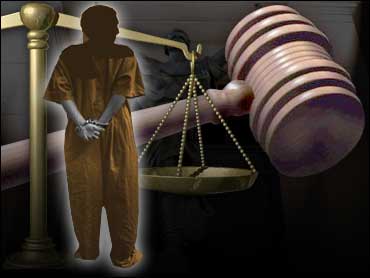 An American student extradited from London on charges that he provided al Qaeda fighters with equipment to attack U.S. soldiers is an activist, not a terrorist, his lawyer said Tuesday after the man pleaded not guilty.

"These charges are unfounded," the lawyer, Sean Maher, told reporters.

Syed Hashmi, a 27-year-old former New York resident, was the first terrorism suspect extradited to the United States by British authorities. He arrived shortly before midnight Friday to face a May 2006 indictment.

On Tuesday, Hashmi smiled at a dozen family members and friends as he was led out of the courtroom. He will be detained pending a bail hearing scheduled for Friday.

"He is not a terrorist. He is an academic. He's been a political activist," his lawyer said.

Maher said Hashmi has been outspoken at rallies, mostly in the United States, about his views opposing some U.S. policies, though he would not be more specific.

Prosecutors accuse Hashmi, who was born in Pakistan and is also known as "Fahad," of supplying unspecified equipment for al Qaeda "to fight against United States forces in Afghanistan."

Maher said he had not seen the government's evidence but believed the equipment was "glorified camping equipment" including sleeping bags and goggles.

Before Hashmi was arrested June 6 as he boarded a flight to Pakistan at Heathrow Airport, he had lived in Britain for three years. He opposed extradition, but the British High Court ruled against him in March.

If convicted, he could face up to 50 years in prison. Among charges in the three-count indictment was the top count of conspiring to contribute funds, goods or services to the terrorist group.

Law enforcement officials have said Hashmi was associated with another Queens man, Mohammed Junaid Babar, who pleaded guilty in August 2004 to smuggling night-vision goggles, money and military supplies to an al Qaeda official establishing a "jihad training camp" in Pakistan.

The Hashmi indictment mentioned the prior arrest of an unidentified co-conspirator, which Maher said he believed referred to Babar.