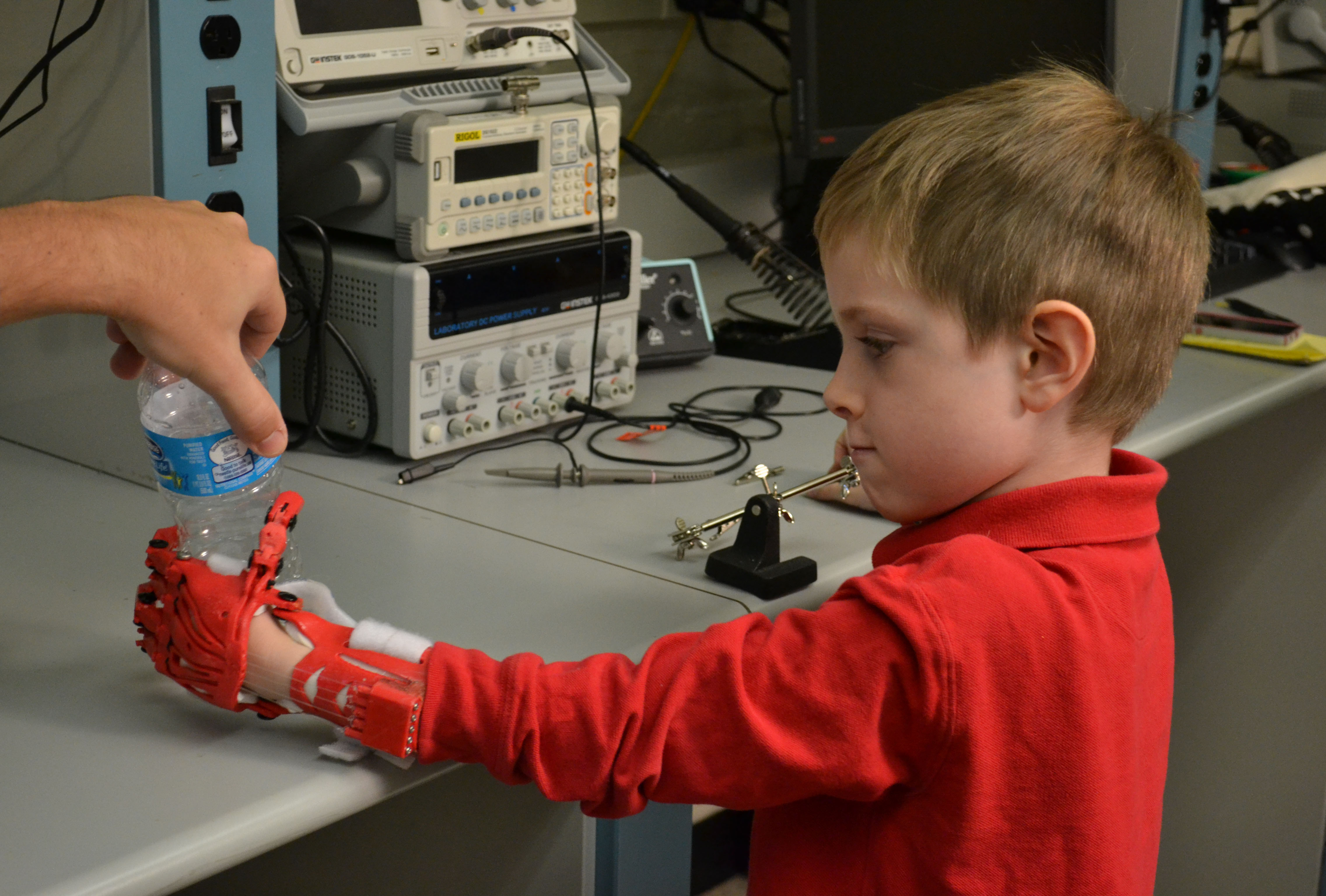 A North Carolina college student has created a prosthetic hand for kids that costs a lot less than regular models. The invention that was made using a 3D printer and has dramatically improved life for one little boy, reports CBS News correspondent Anna Werner.

Ask first grader Holden Mora how his new hand works and he'll be happy to demonstrate.

At 7 years old, he's become an expert on the workings of this novel device, made out of plastic for roughly $20.

"It's an amazing $20," Holden said. "And normally the materials cost a lot. Like a thousand dollars."

But this inexpensive device was created by a college student using a 3D printer.

Senior Jeff Powell studies biomedical engineering at the University of North Carolina at Chapel Hill. He took on the project after learning about Holden from one of his professors.

He used instructions posted on the Internet blog "Cyborg Beast," then customized it. The 3D printer built the parts in less than 24 hours.

His goal is for Holden to be able to do things the rest of us take for granted.

"To be able to eat dinner while holding a knife and a fork at the same time, to be able to grab onto his scooter or bike with two hands, maybe even swing a baseball bat if we get it strong enough," he said. "I don't want him to be limited by a condition that he was born with."

For Powell, the project wasn't just about giving Holden a hand.

"It's about enabling him to do anything that he wants to do," Powell said.

Holden's parents believe the impact could be even more profound.

"He's less likely to be underestimated," his father Peter said. "When he has a device like that, people won't look at him and be like 'Oh you can't do that.'"

"There are times when he doesn't necessarily like for kids to ask him about his hand," his mother Bridget said. "And because the 3D printed hand is so cool, I think that gives him the confidence to talk about his hand, which I love."

It was a great moment for the amateur designer when Holden picked up a cup for the first time.

"It was nice to see it all pay off," Powell said.

Powell has now started a crowd-funding campaign, the Helping Hand Project, to raise money so other kids can get the device too.

"Well, I am actually really happy," Holden said. "I think it's true that when I get the best hand they'll make more like it for those kids and then they'll have the best kind of hand too."

Eleven more children are already waiting for their new hands.