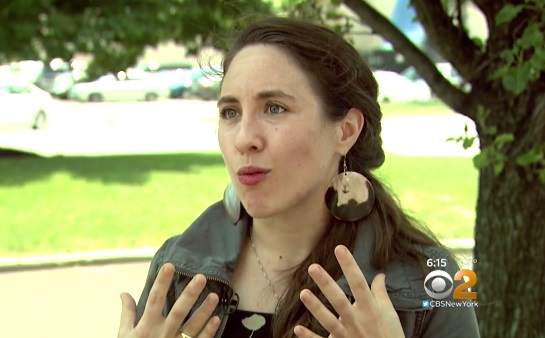 NEW YORK -- A young woman wants to be a nun, but has been told she can't until she pays off her debts.

As CBS New York reported, a fashion designer by day, 28-year-old Alida Taylor said her calling to become a nun was not always clear.

After graduating from the University of Louisiana with a degree in fashion, Taylor landed a job with a Broadway costume designer in New York City.

"When I moved to the city I had all these desires. I wanted to have a career, a family, and marriage, but your heart begins to shift," she said.

It shifted towards God. Taylor hopes to join the Sisters of Life Convent on the Upper West Side in September, but she's been told she has to pay off her student debt first.

"That financial debt, having that be resolved allows her to freely enter into her vocation," Sr. Mariae Agnus Dei of the Sisters of Life said.

Each congregation determines its own policies on accepting applicants with debt, but with a college degree as common as it is today, Taylor said many of her peers are facing the same dilemma.

"It's a pretty common thing with people my age to have to pay off their loans before entering," she said.

Taylor had planned to pay off her $18,000 loan over the next 10-years. Now, she said soliciting donors through a Go Fund Me page is the only way she'll make the convent's September deadline.

In the convent, a second job is not an option.

"Religious life is a full-time job so to speak, so she wouldn't be able to work and enter into religious life," Sr. Mariae Agnus Dei said.

Nuns of Sisters of Life have no salary or stipend.

"The Lord when it's his will, he always provides, and I just trust him," Taylor said.

If Taylor can't get things settled by September, the convent said she can try again next year.

There are 15 young women hoping to join the Sisters of Life convent in September.