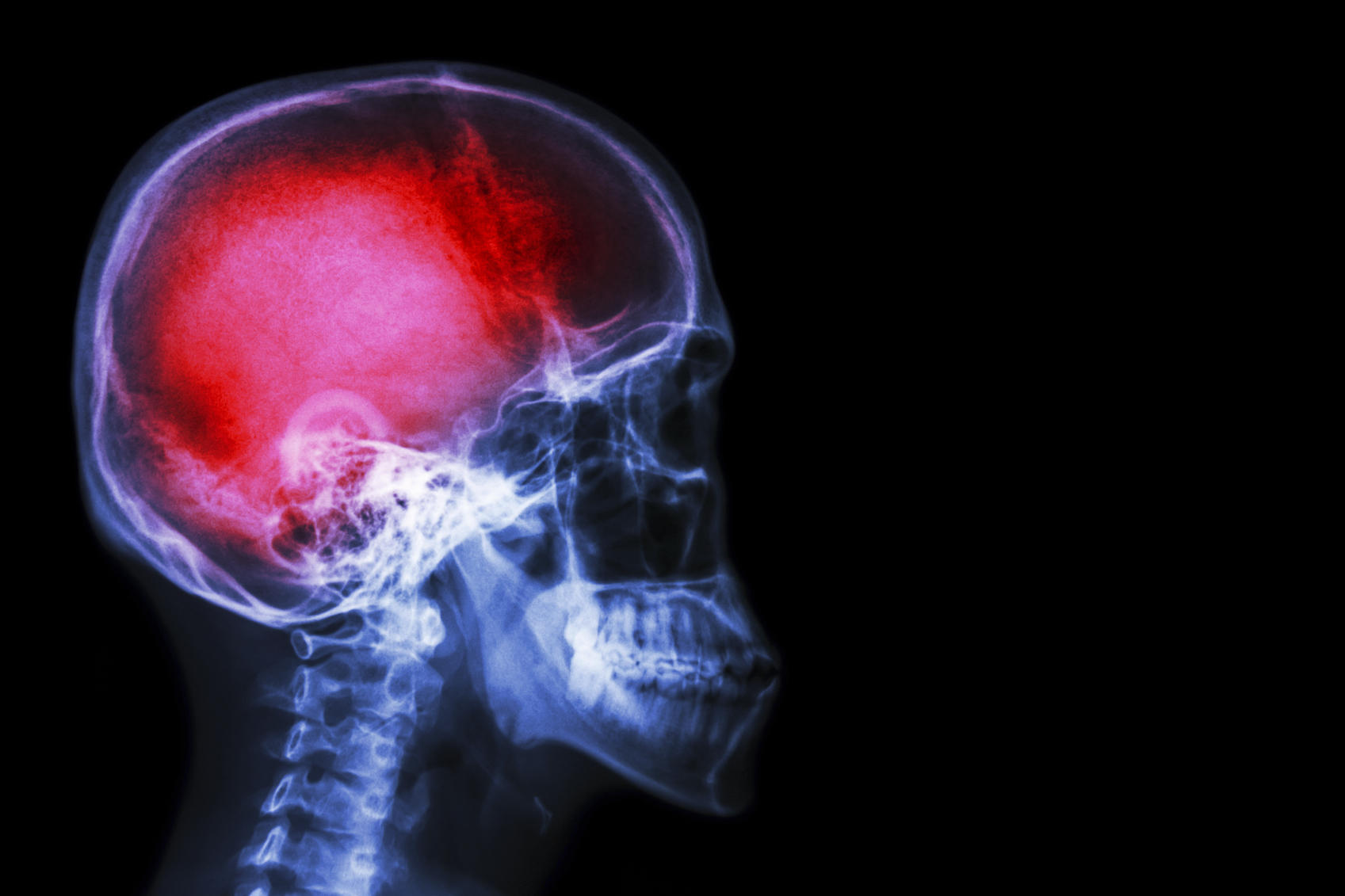 In August, a 17-year-old Mexican boy reportedly died of a stroke that resulted from a hickey, according to Hoy Estado de México, a local Mexican news source. As strange as it sounds, his case was not the first of its kind: A 44-year-old Maori woman in New Zealand also had stroke caused by a so-called love bite (another term for a hickey).

The woman survived her stroke after being admitted to an emergency room, doctors wrote in their report of her case, published in The New Zealand Medical Journal.

Most strokes are caused by a blocked artery that cuts off blood supply to the brain. These strokes, called ischemic strokes, are usually the result of blood clots, which may form in the heart or large arteries leading to the brain. According to the American Heart Association, only about 13 percent of strokes are the other type, hemorrhagic strokes, which are caused by a rupture in an artery that leads to bleeding in the brain.

In the cases of both the boy in Mexico and the New Zealand woman, the hickey might have damaged the blood vessels in the neck, which ultimately might have led to the stroke, said Dr. Thomas Hemmen, a professor of neurosciences at the University of California, San Diego, who was not involved in either case. [You] can come up with all sorts of scenarios [for] how you can cause a rupture of an artery,” he said. [7 Things That May Raise Your Risk of Stroke]

It’s more common for choking or twisting of the neck to cause trauma that leads to stroke than it is for hickeys to cause stroke, Hemmen told Live Science.

The death-by-hickey story is odd, said Dr. W. Scott Burgin, a neurologist and professor at the University of South Florida College of Medicine. But “countless forms of seemingly minor neck trauma have been associated with strokes,” including those from vomiting, sneezing and turning of the head. If a love bite is big enough, it could cause stroke, he told Live Science.

Strange stroke stories involve a wide range of medical maladies. In 2015, doctors reported the case of a 48-year-old woman in China who suffered a series of strokes that her doctors traced to blood clots caused by a heart infection. It turned out that the heart infection was caused by a finger-length needle that had been lodged in her heart a few weeks prior, the doctors wrote in their report of her case, published in the Journal of Medical Case Reports.

Doctors surgically removed the needle, and the woman recovered. There were no further details in the report about how the needle got there. [Giant List of the Strangest Medical Cases]

Burgin said he also treated a patient who had a stroke after being stung by a wasp. There have been a handful of such cases, he said. Just earlier this year, other doctors also reported such a case in The Journal of Emergency Medicine. In that case,a 44-year-old Ohio man experienced a stroke following a wasp sting.

There are a few theories as to how an insect sting could lead to a stroke, according to the report of the Ohio man’s case. One is that the insect’s venom could cause blood vessel constriction, leading to a clot. Or, the sting could trigger atrial fibrillation, a condition wherein the upper chambers of the heart beat quickly and irregularly, causing pooling of the blood in the upper chambers and increasing the likelihood of clot formation. If someone is severely allergic to stings, this could cause a drop in blood pressure that would, in turn, reduce blood flow to the brain.

Hemmen said a severe allergic reaction could cause dehydration, which could lead to a stroke. He added that he’s heard that some people may be concerned that an insect could inject venom into their carotid artery (a major blood vessel in the neck). But such fears may be unwarranted; it’s not likely that any insect could bite or sting deeply enough to damage the artery, Hemmen said.

Strokes also may be linked with infections. In a case reported in January 2015, a woman in west Africa survived a combination of Ebola and a stroke. The middle-age woman suffered a stroke while already at an Ebola treatment center, according to the details published in the journal BMJ Case Reports. Because the center was not equipped with a CT scanner, the doctors were unable to confirm her stroke, but her symptoms included weakness in the right side of her body and difficulty talking, both potential indictors of stroke.

Hemmen said brain hemorrhages (bleeding in the brain), fever and dehydration are all symptoms of Ebola that could lead to stroke. Although this may have been the first published case linking Ebola and stroke, the doctors involved in this case said it’s likely that other such cases have occurred.

However, the vast majority of strokes result from plain old high blood pressure. According to the American Heart Association, more than 75 percent of Americans who have a stroke have high blood pressure. Each year, more than 795,000 people in the U.S. have a stroke, resulting in a death every 4 minutes, on average, according to the Centers for Disease Control and Prevention.

Hemmen said people should educate themselves about the signs of stroke, including a sudden inability to speak or walk, a sudden loss of feeling or strength on one side, and unexplained headache (a particularly tricky symptom for many). Getting medical assistance quickly can increase a person’s chances of surviving a stroke.

The risk of stroke rises with age, but young people should still be aware of these red flags because bystanders and loved ones are often the people who get help for people experiencing a stroke, Hemmen said. “Don’t hesitate to call for help,” he said.

“And you have to understand that the victim themselves may not be a reliable source” of information about their own symptoms, he said. People experiencing a stroke may not realize what’s happening and may even discourage those around them from seeking medical assistance. [10 Amazing Facts About Your Heart]

In his own research, Hemmen has found that certain minority groups are particularly prone to avoiding seeking emergency care for stroke because of the potential expenses involved. For example, in a study of 1,117 patients who had experienced an acute ischemic stroke (stroke caused by a sudden loss of blood circulation in part of the brain), Hemmen and his colleagues found that Hispanics were about half as likely as non-Hispanics to experience a favorable outcome after their strokes, particularly because they tended to avoid using emergency medical services.

Hemmen stressed that people who use emergency medical services following a stroke generally receive appropriate care much more quickly than those who try to drive themselves to a hospital or consult with their doctor over the phone prior to seeking in-person help.

The main risk factors for stroke include high blood pressure, sedentary lifestyle, obesity, diabetes, smoking and atrial fibrillation. Many of these conditions can be improved with lifestyle changes.

A recent study published in the journal The Lancet concluded that 90 percent of all strokes could be prevented by addressing 10 modifiable risk factors.