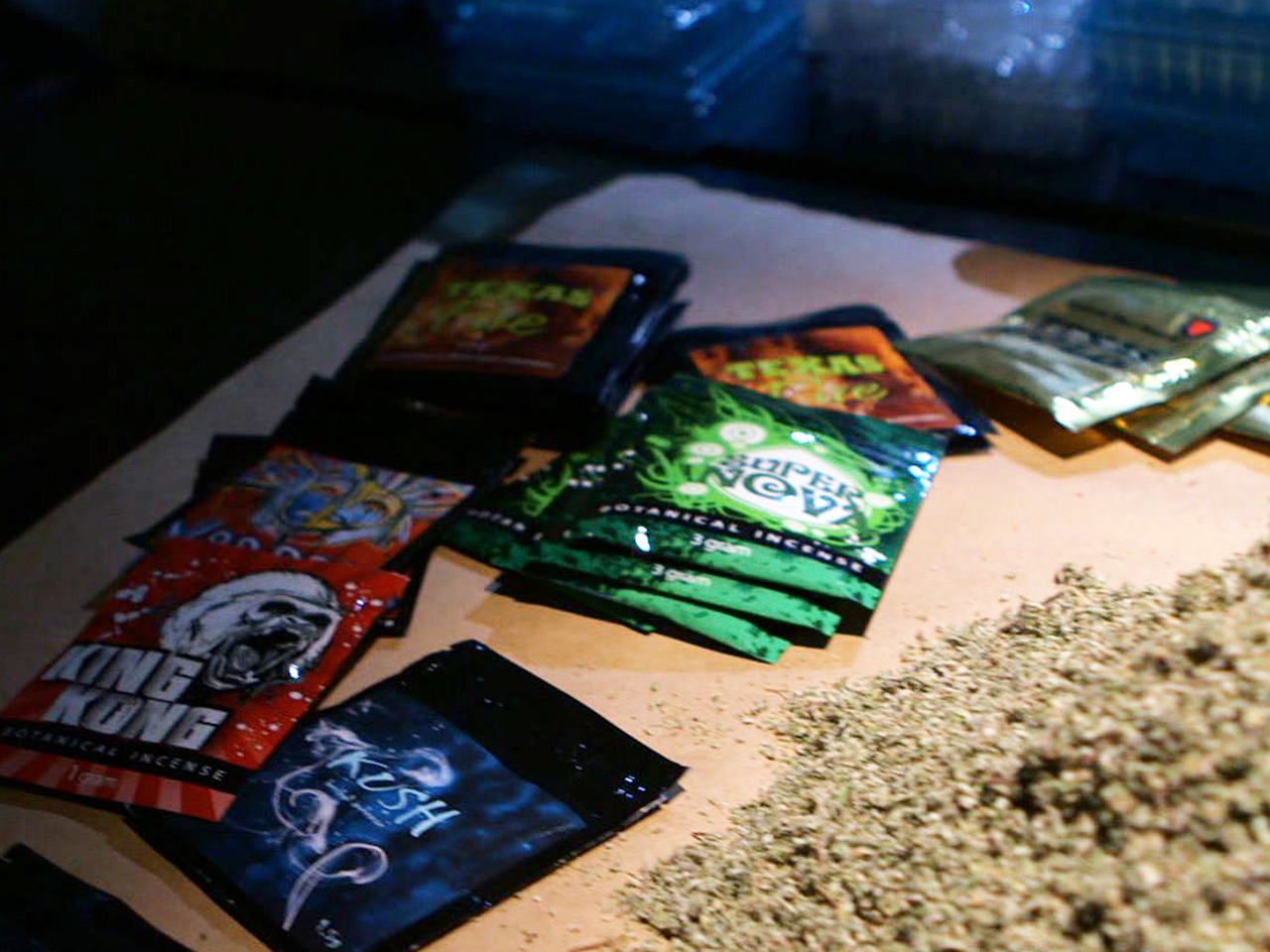 Despite serious health risks related to smoking synthetic marijuana, the drug still has its fans -- and it continues to cause trouble. In a new report, researchers describe a case of a man and his dog that both experienced seizures after exposure to a synthetic cannabis variety called "Crazy Monkey."

The 22-year-old man brought his dog to a veterinary clinic after the animal suffered a seizure, but while the vet was evaluating the dog, the owner himself had a seizure too. When the man arrived at the emergency department of a local hospital, he was very agitated and violent, to the point that he had to be restrained by several people and sedated, Dr. Hallam Melville Gugelmann, a medical toxicology fellow at the University of San Francisco, California, who treated the patient, told CBS News.

Both the man and the dog recovered after receiving treatment, and the doctors concluded that exposure to synthetic cannabis was the likely source of the two poisoning cases.

"The man later endorsed smoking three containers of a substance called 'Crazy Monkey' daily for several weeks, but would not disclose how his dog had been exposed," the researchers wrote in the case report, published in the July issue of the journal Clinical Toxicology.

The investigators suspected that the dog had been poisoned as a result of eating the drug rather than inhaling second-hand smoke, Gugelmann said.

The patient does not appear to have learned a lesson from this experience. Three months later, the report says he had to be "sedated, paralyzed, intubated, and admitted to another local hospital for seizures" after smoking the same product. Since the initial incident, which happened in November 2013, the patient ended up at emergency departments of different hospitals four times because of seizures from using "Crazy Monkey," Gugelmann said.

Synthetic marijuana -- also known as Spice, K2, Skunk and other nicknames -- is a mix of plants and chemicals that produces mind-altering effects similar to marijuana, according to the National Institute on Drug Abuse.

"The structure [of synthetic marijuana] is very loosely based on THC," which is the main component of marijuana, Gugelmann said.

Other side effects of smoking synthetic cannabis may include anxiety, delusions, psychosis, acute kidney injury, stroke and diffuse pulmonary hemorrhage -- life-threatening bleeding in the lungs.

The researchers say the drugs first came to the attention of the medical community in 2006, but have likely been available online or in specialty shops since a couple of years before that.

Synthetic marijuana is sometimes labeled "not for human consumption," the National Institute on Drug Abuse says, but this does not stop people from smoking it. Some manufacturers claim that the products are only to be used as incense, or they put "Do not smoke" labels on the products to evade possible legal hurdles, Gugelmann said.

So why are some people still smoking Spice and similar products despite all the risks?

One possible reason is that synthetic pot is almost impossible to detect in a traditional urine analysis, as the manufacturers keep changing the molecular content of the drug, Gugelmann explained. Users think they can get away with smoking it without getting caught.

Synthetic cannabis also tends to be more energizing than natural marijuana, which is an effect that some users want, he said.

Finally, human curiosity and the temptation to experiment may play a role.

"People are always looking for the newest high," Gugelmann said.

However, he stressed that because of the constantly changing molecular structure and the lack of reliable information regarding the exact ingredients of different types of the drug, synthetic cannabis can have unpredictable health consequences.

"We don't know what effects they [different types of synthetic cannabis] are going to have," Gugelmann said. The case of the man and his dog seems frightening proof of that.