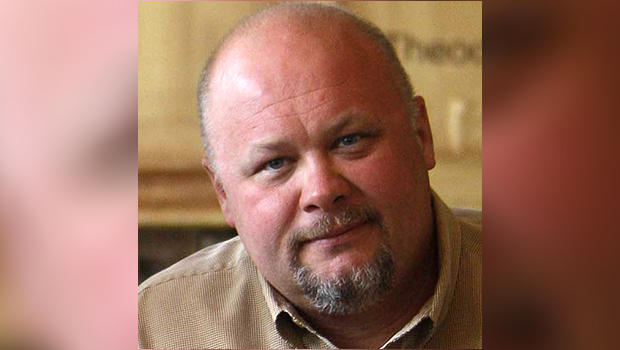 AUSTIN, Texas -- Democratic mega-donor Steve Mostyn, a powerful Texas trial lawyer who was among the nation's largest backers of liberal causes and candidates, died after what his wife says was "a sudden onset and battle with a mental health issue." He was 46.

Amber Mostyn said Thursday that her husband died the previous day, calling him "a devoted father who adored his children and never missed any of their sporting activities."

"He was a true friend, and a faithful fighter for those who did not have a voice," Mostyn said in a statement in which she said the family was requesting privacy and would not respond to media inquiries. "Steve touched countless lives."

She did not confirm a cause of death but said, "If you or a loved one are thinking about suicide, or experiencing a health crisis, call the National Suicide Prevention Lifeline right now." The lifeline's number is 1-800-273-8255.

As President Barack Obama was being re-elected in 2012, Mostyn, his wife and his Houston-based law firm contributed nearly $5 million to the Democratic Party and its candidates for federal office, making them the United States' 10th-largest donors. Last year, they gave nearly $3.5 million, falling to 64th nationwide -- but those tallies don't fully include outside donations made to Super PACs and independent groups that supported candidates such as Hillary Clinton.

Mostyn also gave generously to Texas Democrats, including many of the party's top voices in the Republican-controlled Legislature. But his influence was hindered by his party failing to win statewide office since 1994.

"He was the epitome of a Texas Democrat -- big, bold, fearless, and caring. He dedicated his professional and personal life to fighting for the little guy," Hinojosa said in a statement. "I am so deeply saddened to have lost our dear friend."

Mostyn and his family also founded the Mostyn Moreno Educational Foundation, which backs efforts to support and encourage special needs children, especially in Houston and the Gulf Coast area.

Amber Mostyn's statement said, "The details of a celebration of Steve's life will be announced at a later date." Family spokesman Jeff Rotkoff said Thursday that nothing yet had been finalized.

J. Steve Mostyn was a native of the small Texas town of Whitehouse. He graduated in 1996 from South Texas College of Law and began his legal career a year later, eventually founding his own firm.

He was a fierce critic of Texas Republicans, including former Gov. Rick Perry, who supported Texas approving strict "tort reform" laws that limited how much juries can award plaintiffs in civil cases. In 2010, Mostyn bankrolled the Back to Basics group that supported former Houston Mayor Bill White's unsuccessful attempt to defeat Perry -- even buying television ads and full-page newspapers ads calling the governor "a coward" for refusing to debate his Democratic opponent.

"Steve Mostyn will forever be remembered as a tireless and fearless fighter for justice -- in and outside the courtroom," Rep. Chris Turner, chairman of the Texas House Democratic Caucus, said in a statement. "Steve's legacy of fighting for fairness for all Texans will live forever with the family, friends, and people he worked with and cared for."