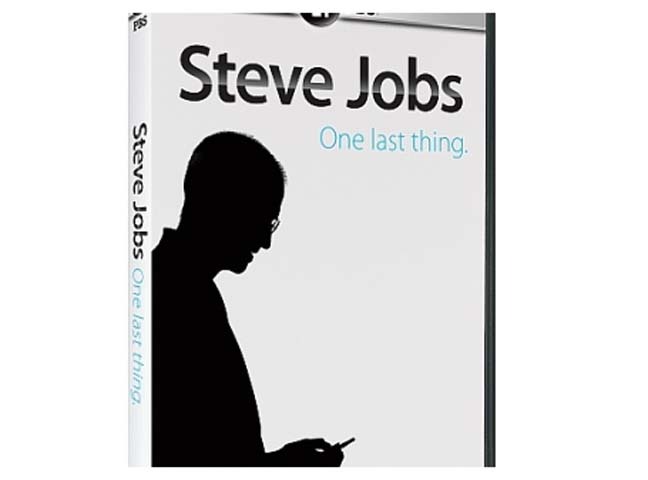 How can you fit the life of late Apple co-founder Steve Jobs into a one-hour special? PBS takes on that feat with the documentary "One Last Thing," which airs tonight.

The special provides a broad look at Jobs' business career and personality based on interviews with those who knew him, though mostly retreads ground covered in various Jobs biographies. CNET was able to view a copy of the special ahead of its broadcast at 10 p.m. ET (10 p.m. PT).

Of note is a "never-before broadcast interview" with Jobs from 1994, two years before Apple would buy NeXT and bring Jobs back at the start of the company's comeback. Jobs appears with a thick, shaggy beard and glasses, and discusses his findings on life:

"When you grow up, you tend to get told that the world is the way it is, and your life is just to live your life inside the world. Try not to bash into the walls too much. Try to have a nice family life. Have fun, save a little money. That's a very limited life. Life can be much broader, once you discover one simple fact, and that is everything around that you call life was made up by people who were no smarter than you. And you can change it. You can influence it. You can build your own things that other people can use. Once you learn that, you'll never be the same again."

The rest of the special provides interviews with those who knew Jobs personally or had business dealings with him, including Apple co-founder Ronald Wayne, who's interviewed in the back of a limousine that's driving down the Las Vegas strip.

"I wouldn't put gracious in his description," Wayne recalled of Jobs. "He had the kind of manner and the kind of approach to people and environments that were business-directed...he was extremely serious."

Wayne then notes that he's not bitter about the fact that he could have become a multi-billionaire had he stuck with the company past its beginnings, instead of walking away from his 10 percent stake in 1976.

"A lot of people have the impression that somehow or another I got diddled out of something, well, no I did not. Nobody diddled me out of anything," he said.

What will no doubt be an enjoyable tidbit for Apple trackers is the brief interview with Robert Palladino, Jobs' calligraphy instructor from his stint at Reed College in Portland, Ore. Jobs attributed dropping in on Palladino's class as the main reason the Mac shipped with a wide variety of fonts. In the program, Palladino is shown painting letters and recounting the first time he met Jobs.

"The other students brought him to me like they were bringing me someone very special," Pallidino recalls. "They really had a high regard for him. I guess they could see the dynamics already forming in his thinking."

Palladino noted that Jobs came back two years after leaving Reed to talk to him about a machine he was building.

"He was interested in telling me what he was doing, and how he was using what he had learned in class, but he needed some help with Greek letters because he wanted a Greek font and he couldn't find satisfactory models to go from," Palladino said.

Palladino goes on to say that he doesn't actually use a computer for writing e-mails, and instead continues to write everything by hand. "Getting letters in the mail is getting to be very rare," he laments.

Carrying a large portion of the program is The Wall Street Journal's Walt Mossberg, who reflects on his relationship with Jobs. In a section about Jobs' rivalry with Microsoft co-founder Bill Gates, footage is shown from Mossberg's interview of the two at the D5 conference in 2007.

"I personally can attest to having heard each of them say very nasty things about the other off the record and in private over the years," Mossberg said. "I think the antipathy partly grew out of two things. On Jobs' side, he believed that Microsoft had stolen the basic ideas in the Mac. From the point of view of Gates, I think he found Jobs difficult to deal with. I think Gates felt that Jobs got more credit than he might have deserved as being the great technologist."

Also included in the program is writer David Sheff, who famously interviewed a then 29-year-old Jobs for Playboy magazine in 1985. Sheff recalls being in an interview with Jobs at Apple's campus during his first tenure with company, where Jobs sketches out something akin to an iPad.

"Steve started drawing on a place mat. We went back and forth, and basically by the end of that constructed what looked exactly like an iPad," Sheff recalled. "Steve said 'this machine, this small device as big as a book, will allow us to keep in touch with one another, it would replace the telephone, and would replace bookstores.' He saw it as a reader on this very small device and read it with editing capacity, note-taking capacity. I mean he really envisioned the iPad almost 30 years ago."

Sheff also mentions going to Sean Lennon's ninth birthday party with Jobs, where he brought one of the first Macintosh computers as a gift for the son of late Beatles front man. Sheff recalls Jobs setting it up on the floor and getting Lennon up and running with Mac Paint in "about two seconds," with that being one of the first times Jobs would see a child interacting with his creation. Lennon and Jobs were quickly joined by artist Andy Warhol, who Sheff notes had trouble using the mouse.

Other noteworthy tidbits from the program include a visit to the suburban meeting spot of Jobs and Apple co-founder Steve Wozniak by Bill Fernandez, who was Apple employee No. 4 and a friend of both men. There's also a recounting of how the first Apple mouse came to be from Dean Hovey, who recreates his trip to a Walgreens drug store to pick up some underarm deodorant and a butter dish to create the first prototype.

This is the latest documentary about Jobs since his death last month. On October 16, The Discovery Channel aired a documentary about Jobs that was a coordination with NBC entitled "iGenius: How Steve Jobs Changed the World," which also took the form of a one-hour special that was co-hosted by Adam Savage and Jamie Hyneman, the hosts of Discovery's Mythbusters series. There was also Bloomberg's "Game Changers" documentary, which focused on Jobs and aired on October 14, a little more than a week after his passing.

PBS plans to stream the full version of "One Last Thing" online beginning tomorrow. Below are two clips from the program, including one with Sheff and another with Mossberg.