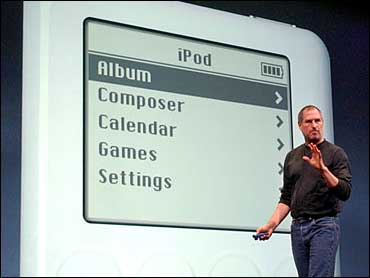 Steve Jobs is a Bob Dylan fan because the folk singer is, in the words of Apple's CEO, a "clear thinker."

Jobs' own lucid and careful contemplation of the music industry is apparent in a 2003 interview he gave to Rolling Stone magazine's Jeff Goodell. My colleague Tom Krazit pointed me to the story after stumbling on to it recently. We were bowled over by the preciseness of Jobs' assessment of what the future held for digital rights management, music subscription services, the four largest recording companies, and Apple. The interview in retrospect is a fascinating read.

Jobs correctly predicted that attempts by the major labels to find a technological solution to piracy would fail. When it came to subscription music services, he said the public would reject them. He foresaw a day when iTunes would sell 1 billion tracks a year--a bold statement, considering that at the time, iTunes had only sold 20 million songs.

One can sense from Jobs' comments that he was ready to pounce on a music sector that five years ago possessed precious little tech savvy. He described leaders at the top labels as technologically innocent.

Also by 2003, Jobs had concluded that Apple was ready to move beyond computers. He suggested that his company's talent at melding innovative hardware and software designs could help it build winning consumer products.

Jobs warned that competitors would find it difficult to duplicate the success of Apple's iTunes music service, then just 8 months old. Yeah, that's another thing that's striking about the interview. In every word, there's a fierce confidence.

At one point, Goodell asks Jobs if he wrung his hands over the decision to bring iTunes to Windows. The tech legend responded, "I don't know what hand-wringing is."

One has to remember that the music industry was vastly different in 2003. Most of the public had never heard of a download and overwhelmingly preferred CDs. Piracy was rampant, and no legal digital-music service had caught on with consumers. The major recording companies were betting big on subscription services and copy protection software. Nobody knew for certain if a digital-music store would work. Wal-Mart Stores was the largest music retailer offline, and Amazon.com dominated in music sales online.

Here are some highlights from the interview: