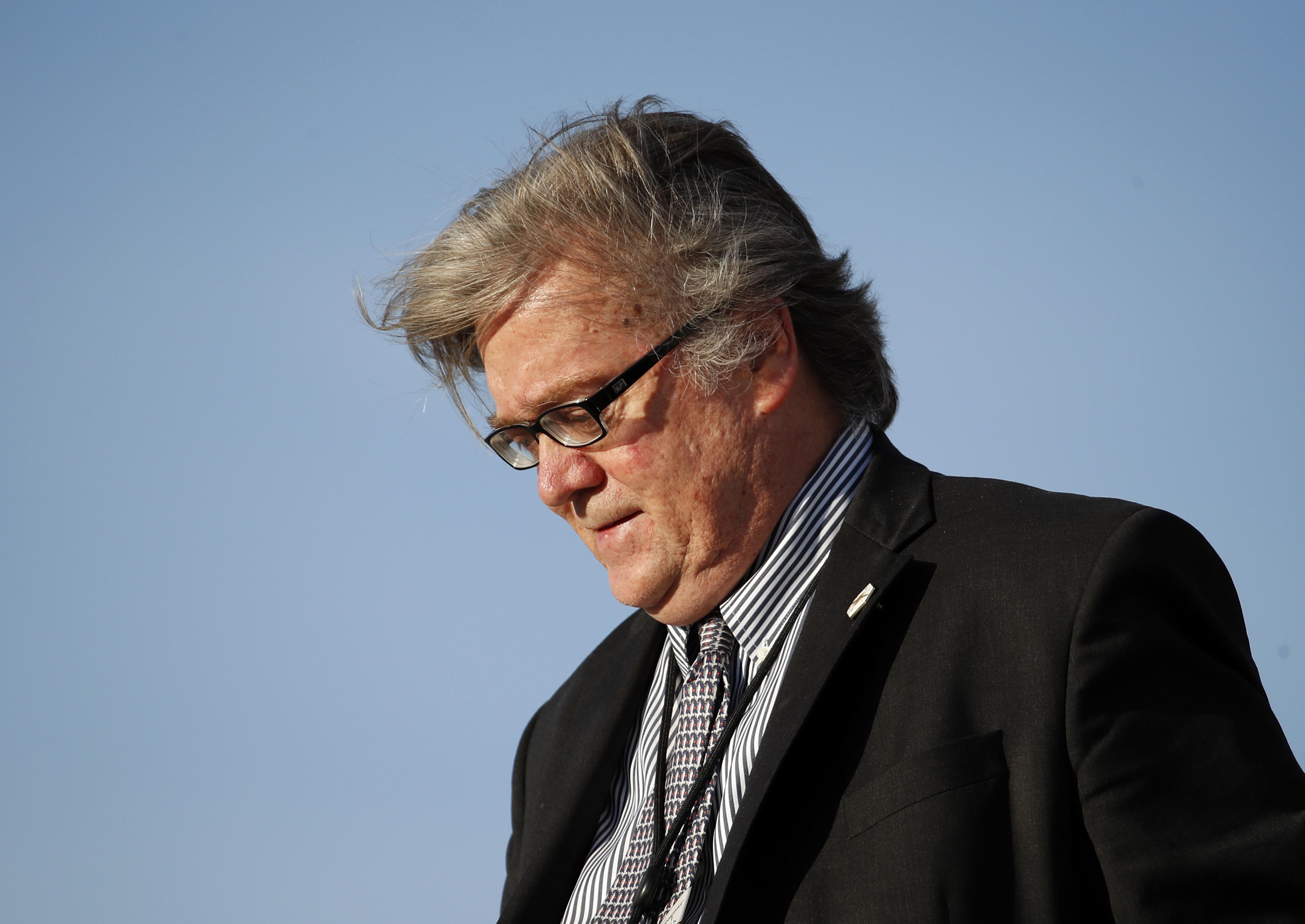 President Trump's former chief strategist and now-Breitbart News chairman, Steve Bannon, is going to be taking aim at the Republican Senate majority leader in his "war for Trump" outside the White House.

"Mitch McConnell, I'm going to light him up," said Bannon in a story published by The Economist on Friday. His former employer, the president himself, has been busy doing his own share of lighting up McConnell in regular Tweets -- over the failure to pass a GOP health care bill, ending the filibuster, and raising the debt ceiling.

"In the White House I had influence," Bannon said. "At Breitbart, I had power."

Bannon reportedly repeated this phrase several times throughout the interview. He also confirmed that he would never attack Mr. Trump while overseeing Breitbart as the right-wing news site's executive chairman.

"We will never turn on him. But we are never going to let him take a decision that hurts him," Bannon said.

McConnell isn't the only target Bannon has in his sights -- China, Silicon Valley business elites and Wall Street bankers are also on his target list. Of the latter two, Bannon said, "[T]he elites in Silicon Valley and Wall Street—they're a bunch of globalists who have forgotten their fellow Americans."

Leading up to Bannon's final days at the White House last week, disagreements over key policy decisions began to surface between him and Mr. Trump. One notable disagreement was over what do about North Korea's provocations. Bannon had ruled out using military force against the regime.

"There's no military solution, forget it," said Bannon in a report last Wednesday in the left-leaning quarterly The American Prospect. "Until somebody solves the part of the equation that shows me that 10 million people in Seoul [South Korea] don't die in the first 30 minutes from conventional weapons, I don't know what you're talking about, there's no military solution here, they got us."

After Bannon's ouster from the White House, questions arose about what he planned to do next and whether he'd turn against Mr. Trump, but he indicated to Bloomberg Businessweek's Josh Green that he'd be standing with Trump, not against him.

"I'm leaving the White House and going to war for Trump against his opponents -- on Capitol Hill, in the media, and in corporate America," he said.