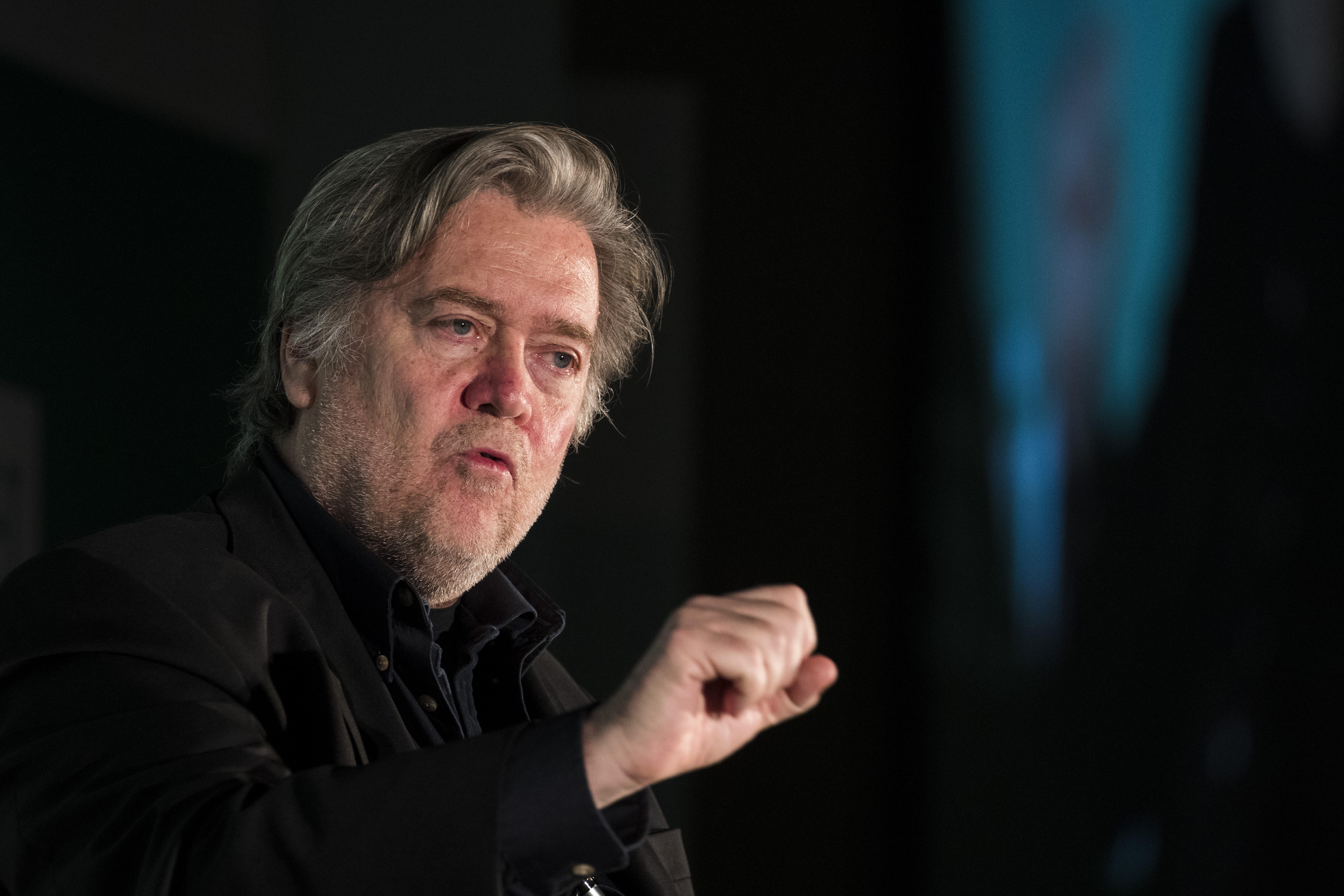 He has been quietly talking with those close to him to gauge their reactions to the sexual misconduct charges that have overtaken Moore's campaign, the Daily Beast first reported. The outlet also reported that Bannon said late last week that "I will put him in a grave myself" if he finds that Moore lied to him about the accusations leveled against him in a Washington Post article. There's been no public reaction by Bannon to a press conference Monday held by a fifth woman who accused him of sexually assaulting her when she was 16 years old.

Initially, Bannon referred to the Washington Post's report as an orchestrated political attack. "The Bezos-Amazon-Washington Post that dropped that dime on Donald Trump, is the same Bezos-Amazon-Washington Post that dropped the dime this afternoon on Judge Roy Moore," he declared in a speech in Manchester last week after the story broke. He has also railed at Senate Majority Leader Mitch McConnell over Moore, calling it a "desperate attempt" for him to hold onto power.

Bannon has seen Moore as the means to challenge establishment Republicans, throwing his support behind Moore during the primary against President Trump's and Senate Republicans' preferred candidate, incumbent Sen. Luther Strange. Moore beat Strange handily in the recent primary election.

CBS News has confirmed that Bannon has told those close to him that he's not comfortable with the sexual harassment accusations, though he also suspects the story might be part of a GOP establishment hit job to sink Moore's candidacy. But his friends have advised him that it's unlikely that all the accusations are without merit, and they think he should distance himself from Moore soon.

Bannon is out of the country and scheduled to return at the end of the week, the Daily Beast said.