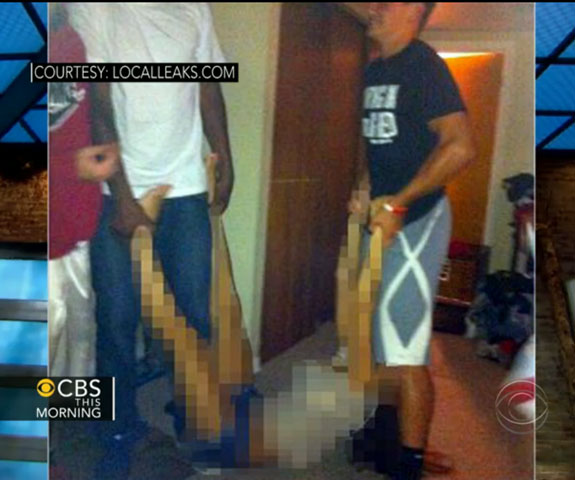 (CBS) Updated 10:15 a.m. - How drunk is too drunk to consent to sex? That is the question an Ohio juvenile court judge will be asked to consider this week in the case of two Steubenville High School football players accused of sexually assaulting a teen girl during an alcohol-fueled night of partying last August.

After flying below the radar for months, the case garnered national attention after New York Times article in December. Scrutiny became more intense when a video surfaced showing some Ohio teens laughing hysterically about the incident, referring to the girl as so drunk she seemed "dead," and discussing how she was apparently carried from party to party, vomiting all the while. She was, one teen depicted in the video laughed, "so raped."

Now, Ma'Lik Richmond, 16, and Trent Mays, 17, are charged as juveniles with sexually assaulting the 16-year-old girl on Aug. 11, 2012 - once in a car, and once in the basement of a house, according to the Associated Press. The boys' lawyers have indicated that they will attempt to show the girl was not completely incapacitated and could have said 'no' at any time. According to the Times, witnesses testified in October that she was so drunk she had trouble speaking and walking, and that she vomited at least twice. Defense attorneys have countered this depiction  by saying that at one point during the night, she gave out the passcode for her cell phone.

Unlike the legal limit for a DUI, there is no "bright line" for how intoxicated a person has to be to be considered impaired enough to be unable to say yes - or no - to sex, says Jennifer Gentile Long, a former prosecutor and the director of AEQuitas, an organization the provides research and assistance to law enforcement prosecuting violence against women.

The issue is further complicated because sexual assault victims don't typically report to a hospital or police until hours and sometimes days after an assault, making an accurate measurement of their impairment impossible.

"These cases are very difficult," says Long, who prosecuted sex crimes as an assistant district attorney in Philadelphia. "Defense attorneys can use a victim's decision to drink on her own and extend it all the way up to blaming her for everything that happened."

But, says Long, prosecutors can get convictions if they ask the jury - or in this case, the judge - to use common sense: "If you're falling down, and vomiting, is that a situation where you'd going to want to have consensual sex with someone?"

Instead of focusing on the alleged victim's state of being, Long says prosecutors will want to focus on what the defendants did in the situation: "If you saw someone sick, vomiting, why would you take her to a strange place? Why isolate her? Why violate her privacy when she was at her most vulnerable?"

The defense, says Ian Friedman, an Ohio-based defense attorney and professor of law, will do the opposite. Friedman told Crimesider that in a case like this one, defense attorneys will want to put the focus on the girl and whether or not she was "substantially impaired" when the sex occurred.

"In order to establish doubt of impairment, the defense will try to recreate every movement of the accuser that night," says Friedman.

The Associated Press reports that on Wednesday morning, just hours before the trial is set to begin, attorneys for the two accused teens announced that the girl, who has reportedly said she has no recollection of the evening, will likely take the stand. Two of her friends are also now expected to testify.

Among the most damning evidence against the two defendants is the widely distributed photograph (above) of the girl being carried, as Friedman puts it, "like a jump rope."

"The visual is tough," admits Friedman. But he says the defense will try to undermine its importance and veracity. "When was it taken? Who took it? Is this an accurate picture of her state?"

If convicted of the crimes they are charged with, Richmond and Mays face incarceration in a juvenile facility until age 21 and registration as sex offenders.

But no matter what the outcome of the case, those who work with victims of sexual assault say they are pleased that the case has received so much attention. National surveys reveal that fewer than half of all sexual assault victims report to police, and according to Jennifer Marsh, the vice president for victim's services at the Rape, Abuse and Incest National Network, that number is even lower when drugs or alcohol are involved.

"Minors especially are afraid to report because they think they'll get in trouble," says Marsh. "They think, it's my fault for doing something [like drinking] that I wasn't supposed to be doing."

Katie Hanna, the executive director of the Ohio Alliance to End Sexual Violence, hopes the national attention on the Steubenville case will raise awareness in two ways: by showing young women that just because they were drinking or using drugs doesn't mean police won't believe they've been victimized; and also by showing young men that consent doesn't just mean the absence of a "no."

Hanna says she also hopes that the furor over the case might lead to more counties offering programming about healthy relationships, sexual boundaries and consent in schools - programming Hanna says Steubenville hasn't had funding for in years.