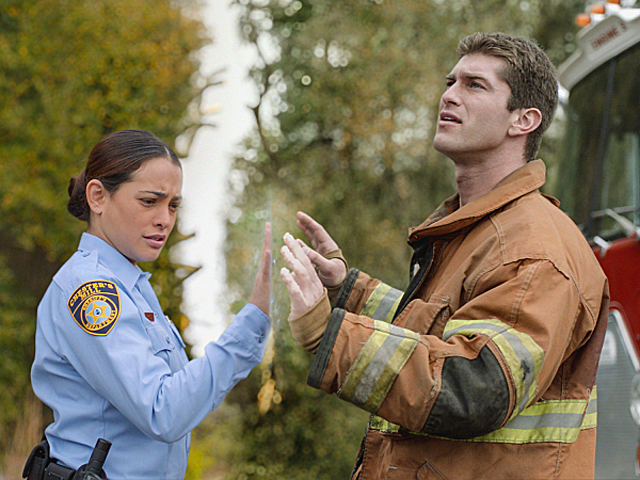 Stephen King is ready to bring TV viewers "Under the Dome."

The author's bestselling bookis coming to CBS as a summer TV series, with King and Steven Spielberg among the producers. It centers on a small New England town that suddenly becomes trapped under a mysterious dome, with no one able to get in or out. (Watch the trailer here.)

"I think 'Under the Dome' is going to be riveting TV," King said. "That's what we're really trying to do -- we're trying to make a show where people become really involved with the fates of the characters, really asking themselves what's gonna happen next."

He also hopes viewers will be "fascinated" by the show's premise.

"I love stories about ordinary people in extraordinary situations, to see how some people will rise to that situation and some people will crumble from it," he added. "So the situation draws you in, and the characters keep you coming back. And if we're very, very lucky, people will also start to discuss, 'Well, what is this dome? What does it mean? What's the purpose of it?'"

Watch the video above to see what else King and some of the cast members -- including Dean Norris ("Breaking Bad"), Mike Vogel ("Bates Motel") and Rachelle Lefevre ("Twilight") -- have to say about the show.