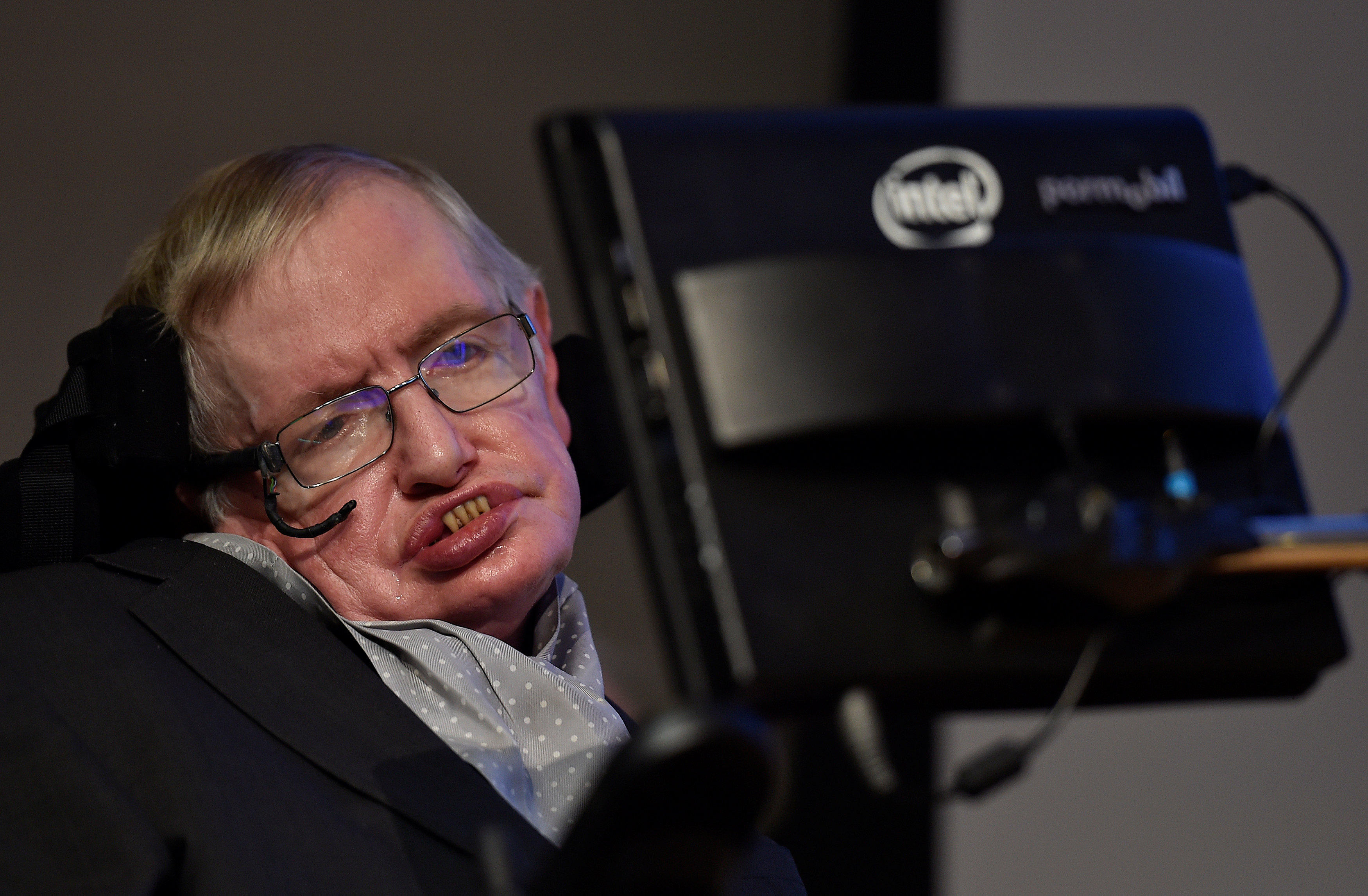 Stephen Hawking, the world-famous physicist who deepened our understanding of the universe while proving that any disability could be overcome, has died, a spokesman for his family confirmed Wednesday. He was 76. His three children Lucy, Robert and Tim, said in a statement, "We will miss him forever."

"We are deeply saddened that our beloved father passed away today," his children said in a statement. "He was a great scientist and an extraordinary man whose work and legacy will live on for many years. His courage and persistence with his brilliance and humor inspired people across the world. He once said, 'It would not be much of a universe if it wasn't home to the people you love.'"

Hawking was born in Oxford, England in 1942. He was a 21-year-old Ph.D student when he was diagnosed with Amyotrophic Lateral Sclerosis (ALS), or Lou Gehrig's disease -- and told he had just a year or two to live.

Although he would be confined to a wheelchair and largely unable to speak except through a voice synthesizer, he lived a lot longer than that.

His 1988 book, "A Brief History of Time," explaining the mysteries of the universe in layman's language, became an international bestseller and made him an unlikely world-wide celebrity. The book sold more than 10 million copies.

As one of Isaac Newton's successors as Lucasian Professor of Mathematics at Cambridge University, Hawking was involved in the search for the great goal of physics -- a "unified theory."

Such a theory would resolve the contradictions between Einstein's General Theory of Relativity, which describes the laws of gravity that govern the motion of large objects like planets, and the Theory of Quantum Mechanics, which deals with the world of subatomic particles.

For Hawking, the search was almost a religious quest -- he said finding a "theory of everything" would allow mankind to "know the mind of God."

"A complete, consistent unified theory is only the first step: our goal is a complete understanding of the events around us, and of our own existence," he wrote in "A Brief History of Time." When he turned 60, he spoke to Ed Bradley on "60 Minutes."

"For me it is quite an achievement," he told Bradley. "I never thought I could get so far."

Hawking was one of former President Obama's first recipients of the Medal of Freedom, awarded because he had overcome disability to push the boundaries of science.

He may have been confined to a wheelchair, but his mind knew no limits. Always fascinated by space, he took a zero-gravity flight in 2007 -- the first time in 40 years he could move without the chair. He was a personality who transcended science and popular culture.

"I fit the stereotype of a disable genius in that I'm clearly disabled but I'm not a genius like Einstein was," Hawking told Bradley.

In later years, though, he suggested a unified theory might not exist.

He followed up "A Brief History of Time" in 2001 with the more accessible sequel "The Universe in a Nutshell," updating readers on concepts like super gravity, naked singularities and the possibility of an 11-dimensional universe.

Hawking said belief in a God who intervenes in the universe "to make sure the good guys win or get rewarded in the next life" was wishful thinking.

"But one can't help asking the question: Why does the universe exist?" he said in 1991. "I don't know an operational way to give the question or the answer, if there is one, a meaning. But it bothers me."

The combination of his best-selling book and his almost total disability -- for a while he could use a few fingers, later he could only tighten the muscles on his face -- made him one of science's most recognizable figures.

But he was also a popular genius and a media star. He had a role on "Star Trek." And he knew he had made it when his cartoon avatar had a cameo on "The Simpsons."

He called the episode "very funny and now almost as many people know me through 'The Simpsons' as through my science."

In 1959, Hawking entered Oxford University and then went on to graduate work at Cambridge.

Signs of illness appeared in his first year of graduate school, and he was diagnosed with ALS, also known as Lou Gehrig's disease after the New York Yankee star who died of it. The disease usually kills within three to five years.

According to John Boslough, author of "Stephen Hawking's Universe," Hawking became deeply depressed. But as it became apparent that he was not going to die soon, his spirits recovered and he bore down on his work. Brian Dickie, director of research at the Motor Neurone Disease Association, said only 5 percent of those diagnosed with ALS survive for 10 years or longer. Hawking, he added, "really is at the extreme end of the scale when it comes to survival."

Hawking married Jane Wilde in 1965 and they had three children, Robert, Lucy and Timothy.

Jane cared for Hawking for 20 years, until a grant from the United States paid for the 24-hour care he required.

He was inducted into the Royal Society in 1974 and received the Albert Einstein Award in 1978. In 1989, Queen Elizabeth II made him a Companion of Honor, one of the highest distinctions she can bestow.

He whizzed about Cambridge at surprising speed -- usually with nurses or teaching assistants in his wake -- traveled and lectured widely, and appeared to enjoy his fame. He retired from his chair as Lucasian Professor in 2009 and took up a research position with the Perimeter Institute for Theoretical Physics in Waterloo, Ontario.

Hawking divorced Jane in 1991, an acrimonious split that strained his relationship with their children. Writing in her autobiographical "Music to Move the Stars," she said the strain of caring for Hawking for nearly three decades had left her feeling like "a brittle, empty shell." Hawking married his one-time nurse Elaine Mason four years later, but the relationship was dogged by rumors of abuse.

Police investigated in 2004 after newspapers reported that he'd been beaten, suffering injuries including a broken wrist, gashes to the face and a cut lip, and was left stranded in his garden on the hottest day of the year.

Hawking called the charges "completely false." Police found no evidence of any abuse. Hawking and Mason separated in 2006.

Lucy Hawking said her father had an exasperating "inability to accept that there is anything he cannot do."

"I accept that there are some things I can't do," he told The Associated Press in 1997. "But they are mostly things I don't particularly want to do anyway."

Then, grinning widely, he added, "I seem to manage to do anything that I really want."

He'll be remembered not just as one of the more remarkable personalities of the scientific world -- but as an inspiration figure. An authority on the past -- and the future.

"I believe that the long-term future of the human race must be in space," Hawking said. "Human race should not have all eggs in one basket, or in one planet."