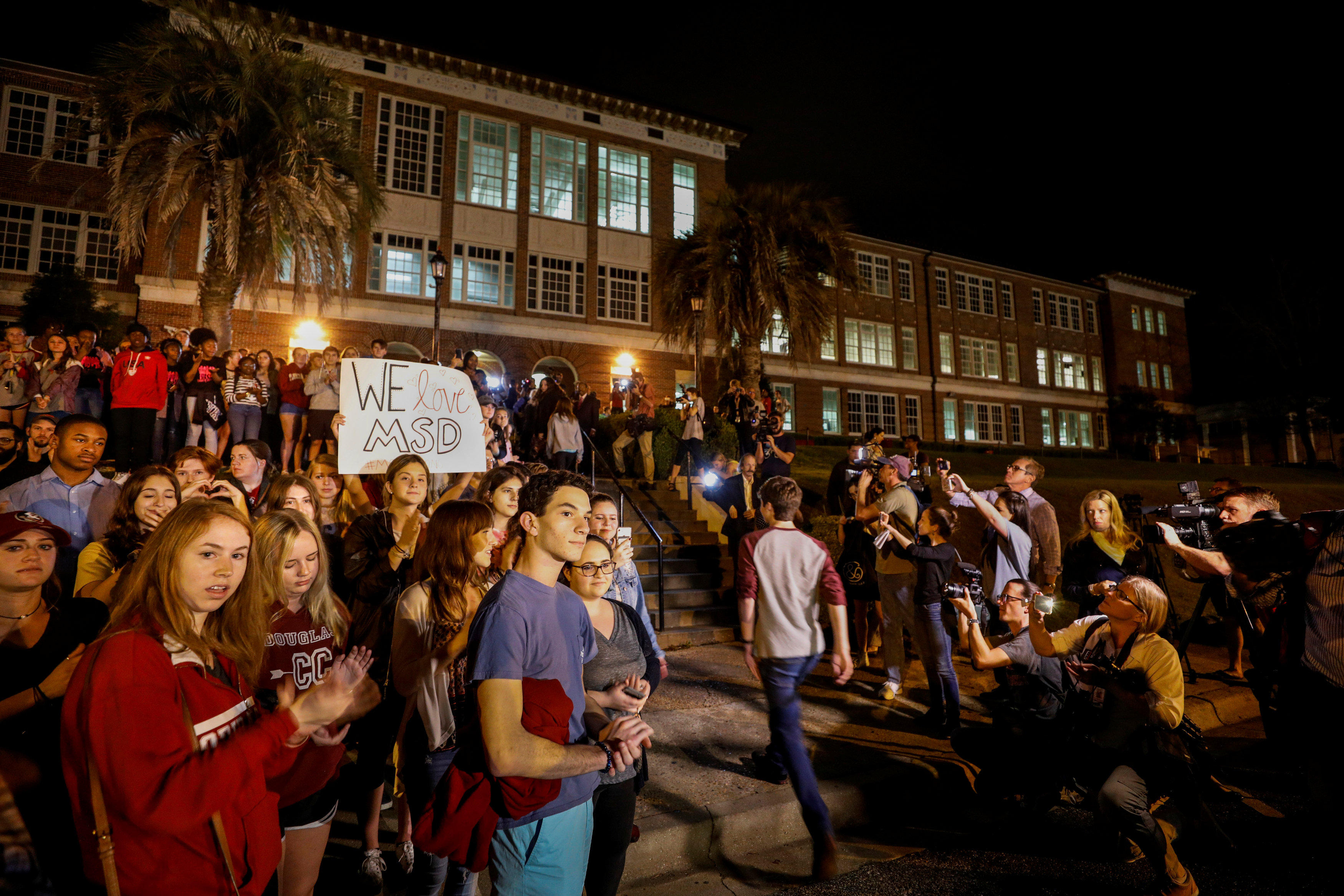 "Late Show" host Stephen Colbert took politicians to task for their lack of action on guns Tuesday, and instead praised the student activists of Parkland, Florida, saying that they gave him hope. Colbert called out Florida Republican Sen. Marco Rubio in particular, whom Colbert said "completely abdicated responsibility" by diminishing the importance of gun laws.

Colbert said, "There is one group that does give me hope that we can do something to protect the children, and sadly, it's the children -- the students from Parkland, Florida. These students saw their leaders doing nothing and said 'Hold my root beer,'" before playing clips of Parkland teenagers speaking out against politicians.

The TV personality joked, "I think we need to change the voting age. Until we do something about guns, you can't vote if you're over 18."

Colbert said that he hopes the student activists continue to fight even though Florida lawmakers voted down a motion to ban assault rifles.

"These legislators heard their anguished cries and voted no anyway," said Colbert.

He continued, "I hope these kids don't give up because this is their lives, and their future. Someone else may be in power, but this country belongs to them. And there is reason for hope." Colbert also added that the #MeToo movement, which affected change "overnight," gives him hope that the students can make a difference.