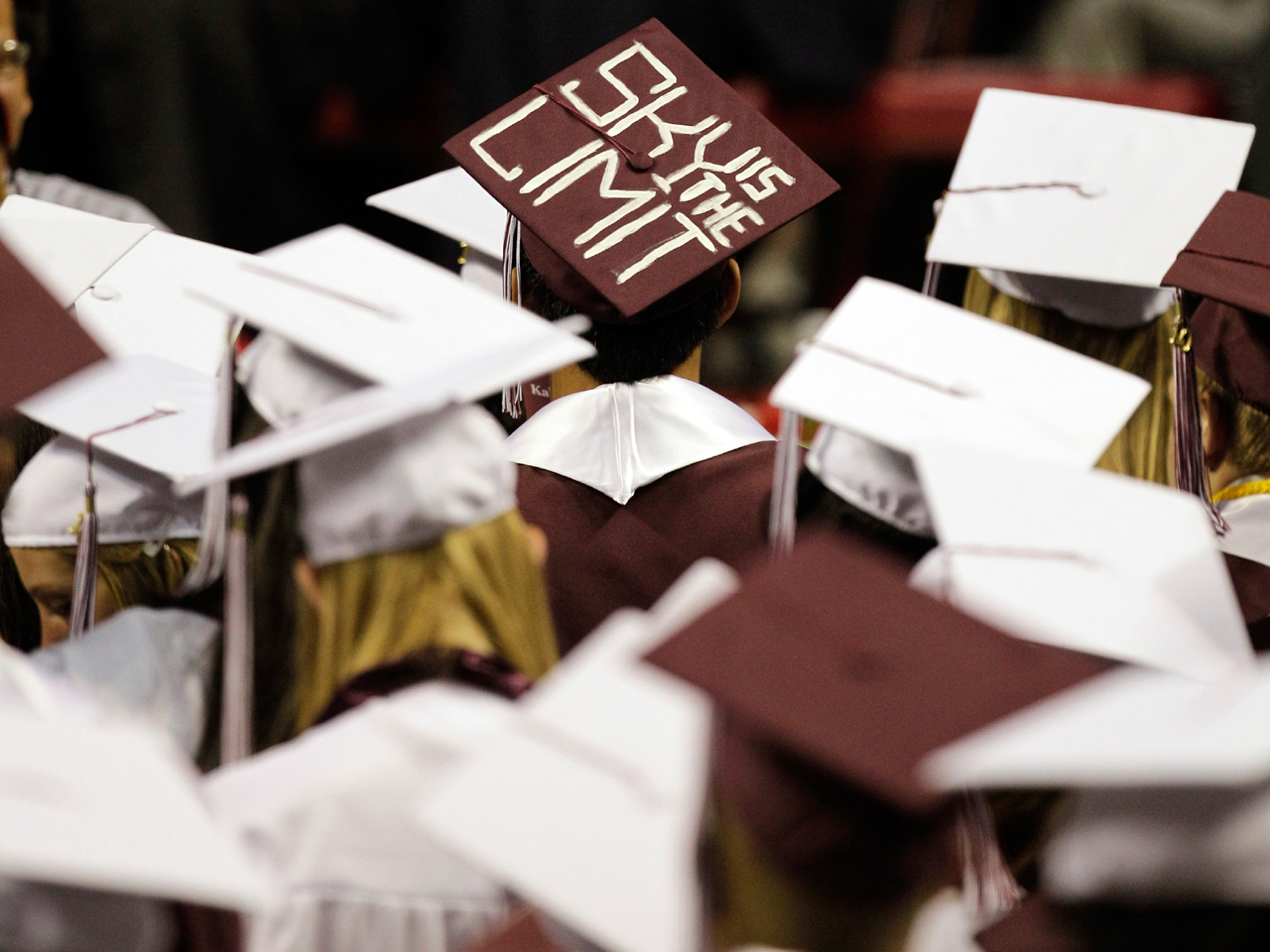 (CBS/AP) KANSAS CITY, Mo. - With all the bad news in the blogosphere over debt ceiling squabbling and possible U.S. default on its debts, there isn't much time to focus on other bad news out there. But bad news there is, and it affects schools across the country.

Education wonks long have suspected the statistics used by some  people  to determine how their neighborhood high school is faring -- or even where to buy a house -- can be figured using various formulas that produce wildly different results.

Now, many states are facing a sobering reset: Some could see numbers fall by as many as 20 percentage points.

Liz Utrup, a spokeswoman for the U.S. Education Department, said graduation rate numbers will soon appear to decrease "across the board" as states move to a uniform calculation that requires them to track each student individually, giving a more accurate count of how many actually finish high school.

"Through this uniform method, states are raising the bar on data standards, and simply being more honest," U.S. Secretary of Education Arne Duncan said.

Most states are required to convert to the new calculation this year, but the number won't count as part of federal No Child Left Behind benchmarks until the 2012-13 school year. Schools that consistently miss those measures face sanctions.

All but two states -- Idaho and Kentucky, which need more time to develop student tracking systems -- will start submitting the new numbers to the federal government starting late this summer.

States that converted to the new formula already have seen drops ranging from modest to massive. Michigan had a nearly 10 percentage point fall when it  made the switch in 2007. About half of states are not yet using the new calculation.

Florida's graduation rate remained about stable, at 79 percent, when it adopted the new graduation rate in the 2009-10 school year. It would have been nearly two points higher if it had continued under the old calculation.

States making the switch this year are offering estimates of expected dips and discussing the change in school board meetings. In Kansas, the graduation rate is expected to tumble from 89 percent to 80 percent, with one district in the state anticipating a 20-point drop. Georgia said its overall rate -- now at 80 percent -- could plummet about 15 percentage points.

"We're certainly concerned no matter what with that number under 100 percent," said Kelly Smith, superintendent of Belle Plaine schools in Minnesota, which is transitioning to the new formula this year. "The new system isn't changing what we're doing in our schools, and we need to get that point across."

Matt Cardoza, a spokesman for Georgia's Department of Education, said while he worries the public may think that high numbers of students are suddenly failing to finish school, the new formula could produce "a more accurate picture of how many of our students are actually finishing high school with a diploma."

Jay Greene, who heads the Department of Education Reform at the University of Arkansas, said he started studying graduation rates in 1999 because he determined many of them made no sense.

"The initial reaction was that I was mistaken, that I couldn't know," said Greene. "And I pressed the issue with reporters and at meetings and basically asked the question, `If it's true that you have a 1 percent annual dropout rate, how come you have twice as many ninth and tenth and eleventh graders as you have graduates?"'

Much of the blame for past problems went to something called the "leaver method," a popular calculation for determining graduation rates that also has gained a reputation for being the most generous. The method, used by about half the states last year, works like this: If a school had 100 graduates and 10 students who dropped out from their freshmen to senior year, 100 would be divided by 110, giving the school a graduation rate of 90.9 percent.

Schools weren't dinged if students took more than four years to graduate. When students disappeared, they often were classified as transfers, even though some of them had actually dropped out. Many schools weren't required to document that transfers showed up somewhere else.

"You have to be honest with the data," said David Doty, superintendent of the Canyon School District in Utah. "If the data doesn't mean anything, there's no point in using it anyway."

U.S. Sen. Mark Warner, a Democrat, used the National Governors Association to push for graduation rate changes while he led Virginia from 2002 to 2006. His motivation, he said, was a desire to see how his state stacked up.

Virginia was boasting 90 percent or better graduation rates during Warner's drive for a uniform rate, but that dropped to 81 when the new formula was adopted in 2008.

Ultimately, the U.S. Department of Education settled on a formula similar to the NGA's: the number of graduates in a given year, divided by the number of students who enrolled four years earlier. Also, schools must document transfer students or they'll artificially deflate the graduation rate.

Schools weren't necessarily being subversive in the way they calculated their rates, said Ryan Reyna, senior policy analyst with the National Governors Association. Many states used imperfect formulas because they couldn't track students who moved, which is being fixed with the addition of new state-level systems that identification numbers to each student.

Experts hope the changes will draw attention to the dropout issue and lead to resources being focused on the problem. That is happening in Kansas and other states, where officials are developing a system of early indicators to alert schools that a student is at risk.

"We're going to take an honest look in the mirror and see how real our graduation rate is and where we need to cut the dropout rate," said former West Virginia Gov. Bob Wise, president of the Alliance for Excellent Education, which has extensively studied the nation's hodgepodge system of graduation rates. "You've got to know how deep the hole is in order to develop a strategy for getting out of it."