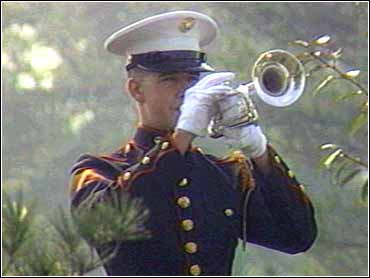 While tradition and protocol greatly influence a funeral for a former head of state, the exact sequence of events is determined by family desires. Despite the immediate family's personal loss, much of the funeral remains open to the public, which shares in the loss of a national leader. Foreign countries also mourn the loss of a former head of state and their participation generates its own protocol, says the United States Army Military District of Washington.

In keeping with the wishes of the family, President Nixon's funeral took place over a two-day period from April 26-27, 1994. However, most state funerals, including those for Eisenhower, Kennedy and Johnson have included the following events: