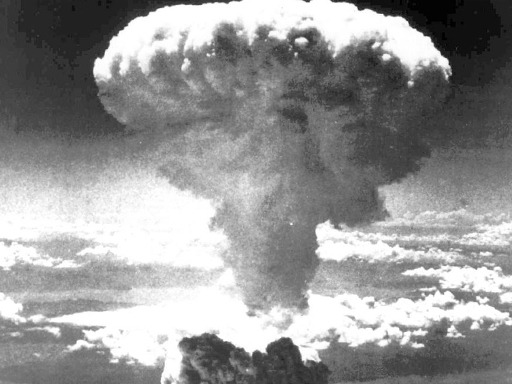 The vote to ratify the new U.S.-Russian nuclear weapons treaty is in jeopardy. Republicans are blocking a lame-duck session vote on approving the START (Strategic Arms Reduction Treaty) agreement, which would reduce nuclear warheads in the U.S. and Russia by about 30 percent and allow for new inspection procedures to assure compliance.

Secretary of State Hillary Clinton cautioned lawmakers that "this is not an issue that can afford to be postponed."

Given that the two countries control 90 percent of the world's nuclear weapons, the new START treaty, which deals with securing and accounting for nuclear weapons and materials, is considered an important step in nuclear deterrence.

Various experts  estimate the chances of a nuclear detonation in the next 10 years at somewhere between 10 and 30 percent.

A 2005 survey of 85 national security experts, 60 percent of the respondents assessed the odds of a nuclear attack within 10 years at between 10 and 50 percent, with an average of 29.2 percent. Nearly 80 percent of respondents expected the attack to originate with a terrorist group.

The effects of a nuclear detonation would be catastrophic. According to Matthew Bunn, an associate professor at Harvard University's John F. Kennedy School of Government and an expert on nuclear proliferation and terrorism, a 10-kiloton bomb (equivalent explosive power to 10,000 tons of TNT and modestly smaller than the Hiroshima bomb) detonated in midtown Manhattan in the middle of workday could kill half a million people and cause $1 trillion in direct economic damage.

The START vote controversy heated up on Tuesday when Sen. Jon Kyl (R-Ariz) said, "When Majority Leader Harry Reid asked me if I thought the treaty could be considered in the lame duck session, I replied I did not think so given the combination of other work Congress must do and the complex and unresolved issues related to START and modernization." He has asked for more funding for the U.S. nuclear arsenal, and rebuffed a $4.1 billion proposal from the White House to enable "modernization" of the nuclear stockpile.

Sen. George Voinovich (R-Ohio), who is retiring this year, told fellow senators, "I cannot in good conscience determine my support for the treaty until the administration assures me our 'reset policy' with Russia is a policy that enhances rather than diminishes the national security of our friends and allies throughout Europe."

Postponing the vote until next year, when new Republican senators take their seats, will make it tougher to get the 67 votes required for START passage.

During his recent trip throughout Asia, President Obama assured Russian President Dmitry Medvedev that ratification of the START treaty is a "top priority."

Vice President Biden said a failure to sign the treaty could jeopardize relations between the two superpowers. "Without ratification of this treaty, we will have no Americans on the ground to inspect Russia's nuclear activities . . . [and] less cooperation between the two nations that account for 90 percent of the world's nuclear weapons," he said.

On Wednesday, White House Press Secretary Robert Gibbs expressed optimism. "We think it will come up and pass. We think we have the votes or will get them," he said. He added that getting the START agreement to a vote  will be a test of Democrats and Republicans working together. It will also be a test of how seriously Washington takes the topic of nuclear proliferation and the threat of a nuclear cataclysm.