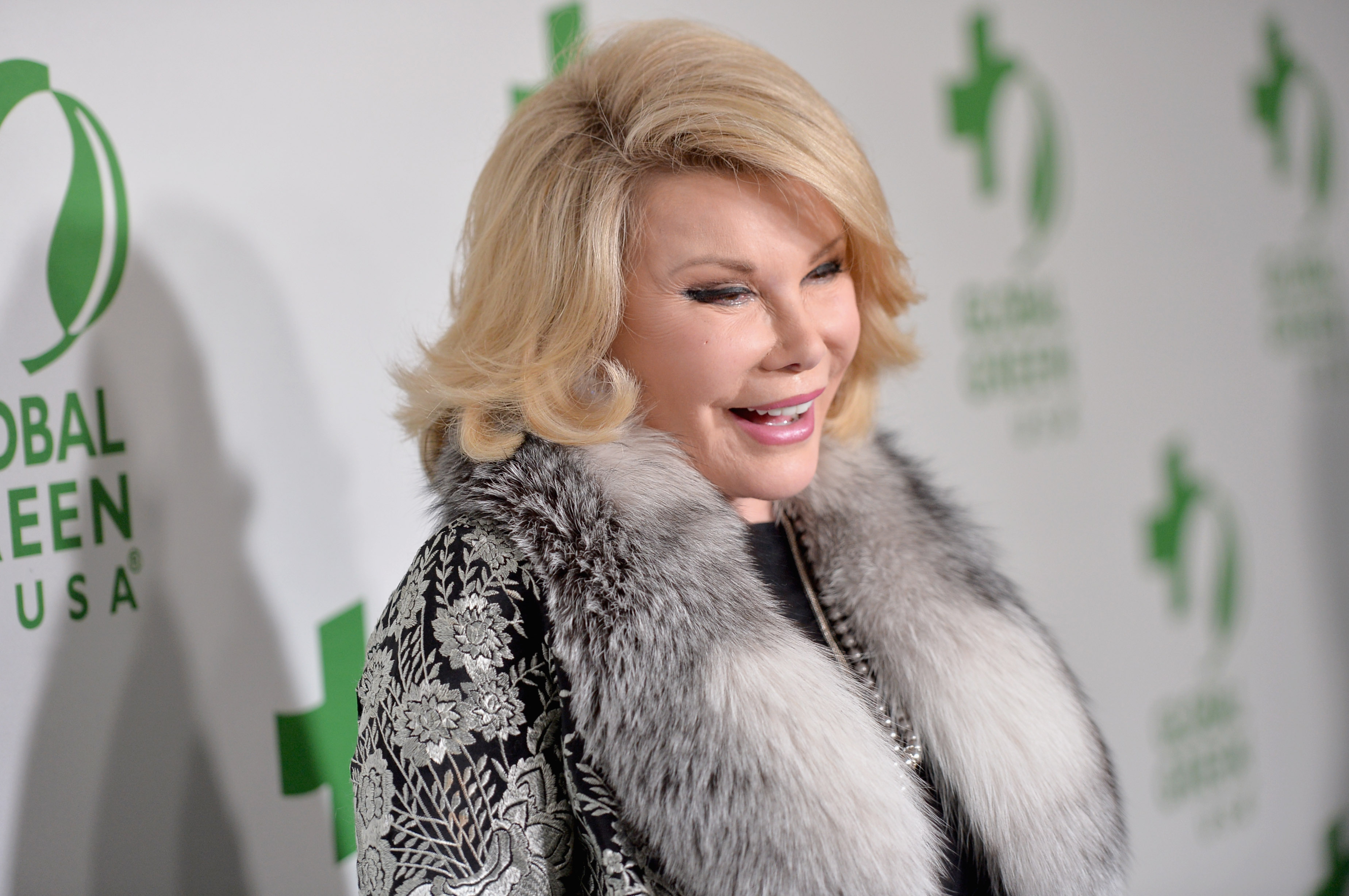 Celebrities are taking to social media to wish Joan Rivers well following news of her hospitalization.

The comedian, writer and television personality remains in a New York City hospital Friday, a day after she went into cardiac arrest while undergoing a throat procedure at a doctor's office.

Her daughter, Melissa Rivers, said in a statement that the 81-year-old is "resting comfortably" and is with her family. She also offered thanks for the outpouring of "love and support" and asked for continued thoughts and prayers.

Some of those messages of support came from Rivers' fellow comedians and other Hollywood stars, including Ellen DeGeneres, Charlie Sheen, Kathy Griffin and Rosie O'Donnell.