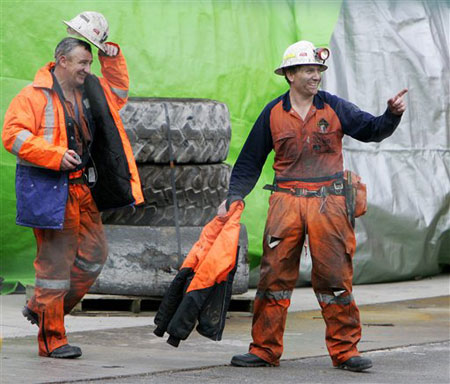 Mark Madsen was determined to prove what a difference a month, and a healthy leg, can make.

Madsen had a season-high 20 points and 14 rebounds, leading four players in double figures, as No. 2 Stanford won by a double-digit margin for the ninth straight game with an 82-56 win Saturday over Oregon State.

David Moseley and Jarron Collins added 14 points each, and Casey Jacobsen had 13, for Stanford (21-1, 10-1 Pacific-10), which never trailed and put the game away with a 24-7 run to open the second half. Moseley hit four 3-pointers.

Deaundra Tanner had 15 points and Brian Jackson scored 14 for the Beavers (10-12, 2-9), who have lost six straight with four of those losses coming against ranked teams.

Madsen, who had 19 points and 10 rebounds in a 76-61 win over Oregon on Thursday night, struggled in two games at Oregon State and Oregon in mid-January.

He totaled just 12 points and 15 rebounds in those two games, when he was still trying to get back his rhythm after missing eight games earlier this season with a strained right hamstring.

"In Oregon, I did not play confidently or decisively. I definitely had that in the back of my mind," Madsen said. "But more than anything, I wanted to be more aggressive going to the glass. That's my strength, and when I can do that we're successful."

Madsen had a double-double at the half Saturday with 13 points and 11 rebounds.

"He didn't play very well in the Oregon series up there. I think he remembered that and wanted to redeem himself," Stanford coach Mike Montgomery said. "Mark provides such an emotional lift. Any time a guy plays that hard, it makes you feel bad for not doing the same thing."

Oregon State coach Eddie Payne sai the biggest change for Stanford this season is the offensive spark of Jacobsen, a freshman who shot 14 free throws making 10 after getting fouled on drives to the basket.

"They're a great team. We played hard and well, but every time we made a mistake they buried a shot," Payne said. "They can drive the ball at you, and Jacobsen is a big difference there. He's the reason they're improved."

When Stanford won 73-45 at Oregon State in mid-January, the Beavers shot just 28 percent from the field and went 3-for-21 from 3-point range. Oregon State did barely better Saturday, shooting 33 percent and going 3-for-15 from beyond the 3-point line.

The Cardinal were missing reserve center Curtis Borchardt, who leads the team in blocked shots, for the second straight game. He is out indefinitely with a foot injury

The Cardinal, who have won seven straight at home against the Beavers, led by nine at halftime and opened the second half with a 14-5 run that included two 3-pointers by Moseley and extended their lead to 53-35.

After Josiah Lake scored for the Beavers, Stanford went on a 10-0 run that was capped by 3-pointers by Tony Giovacchini and Jacobsen and built the margin to 26 points with 10:45 left.

Stanford scored the first five points of the game and took an 18-5 lead on a 3-pointer by Moseley with 6:16 gone. The margin reached 14 later in the half, and the Cardinal led 39-30 at halftime.