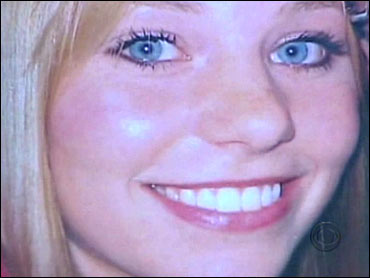 On college campuses, many women have a false sense of security. They're either not paying attention to their surroundings -- talking on cell phones, listening to iPods, etc. -- or posting their schedules and personal information on MySpace, Facebook and similar Web sites.

All of that makes them especially vulnerable to a danger many don't even know exists -- stalkers.

More than one-in-eight female college students are victimized by stalkers, according to one recent survey. But, while 93 percent of those victims tell their friends about it, only 17 percent notify campus authorities or the police, advocacy groups say.

Many women's organizations on campuses are trying to put the word out, to increase awareness of the ever-present potential threat.

On The Early Show Thursday, national correspondent Hattie Kauffman told the story of one such victim, a 20-year-old student and cheerleader at Sam Houston State University in Huntsville, Texas.

Rachel Pendray was shot to death just before Christmas last year by a stalker who then committed suicide by turning the gun on himself, authorities say. They add that he was a former fellow student, and Pendray hadn't reciprocated his romantic feelings. Ironically, Pendray had saved his life only weeks before.

Pendray's family and friends have been soul-searching ever since. What warning signs were missed? What could have been done to possibly prevent the tragedy? Why didn't Pendray seek help from authorities? Was she even aware she was in danger?

FROM THE NATIONAL CENTER FOR VICTIMS OF CRIME:

Stalking on college campuses is occurring at an alarming rate and it now appears that college students are at greater risk of being stalked than other populations. According to the most recent National Sexual Victimization of College Women Survey, more than one in eight, or 13 percent, of female college students surveyed had been stalked within a six- to nine-month period. This rate compares with the estimated one in twelve women and one in forty-five men who will be stalked in their lifetime.

Campus Stalking, a report published by the California Coalition Against Sexual Assault (CALCASA), underscores aspects of campus life that increase the risk of stalking. For example, college campuses generally offer an open atmosphere that is very appealing for students, many of whom are living-likely for the first time-without direct parental supervision. College buildings and residence halls provide relatively easy access to virtually anyone who wishes to enter the premises. Students tend to follow predictable schedules, attending classes and eating meals at the same time each day, week after week.

These same features, ironically, increase the risk for stalking behavior. Campus stalkers can easily familiarize themselves with a student's comings and goings-and campus buildings that don't have 24-hour security provide stalkers with physical proximity to their victims.

Compounding the problem of stalking on college campuses is the shockingly low reporting rate among students. The National Sexual Victimization of College Women Survey found that 83 percent of students who were stalked did not notify the campus police or other school authorities. The two main reasons students gave for not reporting the crime were that students either thought the police would not take the stalking seriously or that they were not aware that the unwanted behavior was a crime.

For much more on this from the National Center for Victims of Crime, click here.

Most colleges and many advocacy groups have stalking awareness resources available for students.

Here is a sampling of such Web pages:

Rachel Pendray had everything going for her. She was a trained singer, a straight-"A" nursing student, and a college cheerleader.

Mark Pendray, who raised her as a single dad, couldn't have been more proud, pointing out that she also worked 40 hours a week.

And she had a seemingly endless list of friends.

One of them, Sarah Sheffield, told Kauffman, "It was just shocking for the one girl that everybody loved, to be gone, in a heartbeat. We just didn't know what to do. It was very hard."

It turns out -- Rachel had never reported that she was being stalked.

"For the longest time," says another friend of Rachel's, Vali Monreal, "everybody thought that they were just friends."

Sheffield says, "He was stressing her out," calling and texting her all the time. She adds, "He called me on about ten different occasions, saying, 'Why won't she talk to me? Why is she ignoring me? ' He would not leave her alone."

Weeks before the murder, Jake overdosed on pills, then called Rachel, who called the paramedics.

"She tried to help him. She saved his life! And then he repaid her by taking hers!" Sheffield said, noting the irony.

After shooting Rachel, Taylor killed himself with the same gun.

Her friends hadn't sensed the danger, and Rachel's father was completely in the dark.

Mark Pendray recalled, "I never even heard of this guy's name, and I will not speak his name! ... She helped him, she extended her helping hand, and her thanks was to be murdered."

Rachel had a love of life. If, beneath that ever present smile, there was fear, she never let it show.

Yet another friend, Rachel Farris says, "I can hear her laughing, and I, you know, I can just remember how she acted."

Tearfully, Farris added, "It's really hard to look at pictures." But, "I'm not gonna blame myself, 'cause it's not my fault but, I mean, I think everybody thinks that they could have prevented it somehow."

"College campuses are waking up to the issue," launching programs to teach female students about the dangers of stalking, says Heather Davies of Voices Against Violence at the University of Texas at Austin. "I think the initial way that students respond is often a sense of denial. ... They may feel immune to anything bad happening. ... They want to feel like they're on their own and they can handle it."

One female freshman at the University of Texas at Austin explained to Kauffman, "Your first instinct is usually to tell somebody and try to get help for it, but you always feel, I guess, ridiculous doing that. You feel like you're over reacting. So, you know, you tend not to, not to go for help."

Students often make themselves more vulnerable by placing too much information on Web sites such as MySpace and Facebook.

"They post their schedules," says Davies, "they post where they're gonna meet somebody, they post pictures of themselves, intimate information about themselves ... and they don't think about how that can also be working against them."

Asked if she ever wonders why Rachel didn't report the stalking, Sheffield replied, "Yes. Every day, I wish, 'Why didn't she just say, "No. I don't want to see you. I don't want you to come over, and I want you to leave me alone! "

Mark reflected, "If my daughter had just told me, 'Hey, you know, I've got this nutcase whose life I saved,' you know what I'd say? 'Baby, stay away from him. Stay away from him, don't answer the door, hang up the phone, get him out of your life!' "