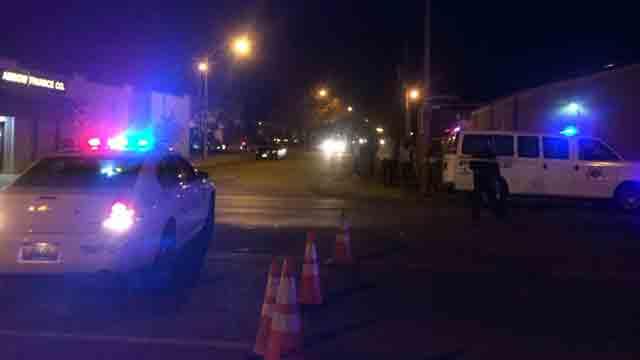 ST. LOUIS -- A St. Louis police sergeant is hospitalized in critical condition but expected to survive after being shot in what the police chief calls an “ambush.”

Police Chief Sam Dotson says the 46-year-old officer has been with the force for about 20 years and is a married father of three. Dotson says he was shot twice in the face but is able to talk.

The shooting happened about 7:30 p.m. Sunday. Dotson says the officer was not involved in a call or a traffic stop but was sitting in traffic when another car pulled up alongside his marked police vehicle. The officer told police he heard at least two shots.

The suspect got away. Police used helicopters, SWAT teams and other resources to search for him.

But early Monday, St. Louis police tweeted that has was dead:

No other officers were hurt, the department added.

Earlier, it tweeted word on the officer’s condition:

Sources at the scene tell CBS affiliate KMOV  the sergeant was able to talk and had movement in his extremities, despite being shot in the face.

A police detective in San Antonio, Texas, was fatally shot Sunday morning while writing a ticket in his squad car.