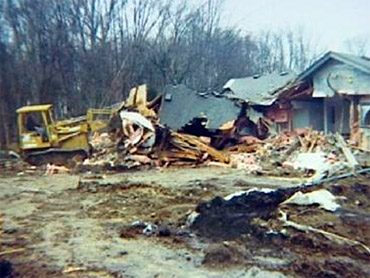 Olympic champion Marion Jones called Wednesday for a public hearing in her campaign to forestall a possible drug case that could keep her from the Athens Games.

"I am not going to engage in the United States Anti-Doping Agency's secret kangaroo court. I will answer questions in a public forum that will be open for the entire world to see, hear and evaluate," Jones said in a statement released to The Associated Press.

"We can answer these questions before the United States Senate, which has shown an interest in this matter, or some other public forum modeled after a judicial proceeding."

The USADA is investigating Jones for possible doping violations. Jones met with USADA officials last month to discuss possible drug evidence against her, and received a letter from the agency last week asking follow-up questions.

She has requested that prosecutors release her grand jury testimony in the Bay Area Laboratory Co-Operative steroid distribution case so she can pass it on to the USADA, and also has asked the USADA for help in getting the secret testimony released.

Jones won an unprecedented five track medals at the 2000 Sydney Olympics and has hinted she may try to match that mark at the Athens Games. She repeatedly has denied using performance-enhancing drugs and has vowed to fight any USADA charges.

She was one of several dozen athletes who gave secret testimony last fall before a grand jury that ultimately indicted four men for allegedly distributing steroids to top athletes. One of those men, Victor Conte, has contacted the White House and Justice Department offering to give information on drug-using athletes in return for help in plea negotiations.

The USADA probe of Jones and other athletes is based on documents from the grand jury investigation that were subpoenaed by a Senate committee and then turned over to the USADA.

Those documents, obtained by a Senate committee from the Justice Department and then turned over to USADA, already have led sprinter Kelli White to acknowledge drug use and accept a two-year ban.

At least four other athletes — including Jones' boyfriend, 100-meter world record holder Tim Montgomery — have been notified by the USADA that the anti-doping agency is pursuing possible drug cases against them that could result in bans from the Athens Games.

Conte's attorney, Robert Holley, said in the letter that Conte "is willing to reveal everything he knows about officials, coaches and athletes in order to help to clean up the Olympics."

"He will answer all questions from the United States Department of Justice, the United States Olympic Committee, and the United States Anti-Doping Agency. Further, he will put together a team of experts and truthful witnesses who will aid in this massive job of restoring faith in American athletes and respect for our system of fair competition."

Conte, founder of the Bay Area Laboratory Co-Operative, and his attorneys met with federal authorities earlier this month but were unable to reach a plea deal.

Conte is asking to avoid pleading guilty to money laundering — the most serious charge he faces — and to be sentenced only to probation, along with BALCO vice president James Valente.

The U.S. has been under pressure for years from world sports agencies to take a tougher line on doping.

USADA has the authority under its charter to seek punishment against athletes even without a positive drug test. Doping cases could be built on documentation or statements by people such as Conte.

But without a plea agreement, Conte likely would not be willing to corroborate or explain the documents or his statements. Mr. Bush condemned steroids during the State of the Union and Holley hopes the president will intervene in this case.

Jones is the ex-wife of C.J. Hunter, a U.S. shot putter barred from competition in 2000 because he tested positive for banned substances.

Jones and Montgomery live together and have a child. Both at one point worked with Charlie Francis, the one-time coach of Canadian sprinter Ben Johnson, who was stripped of a gold medal in the 100 meter at the 1988 games because of steroid use.