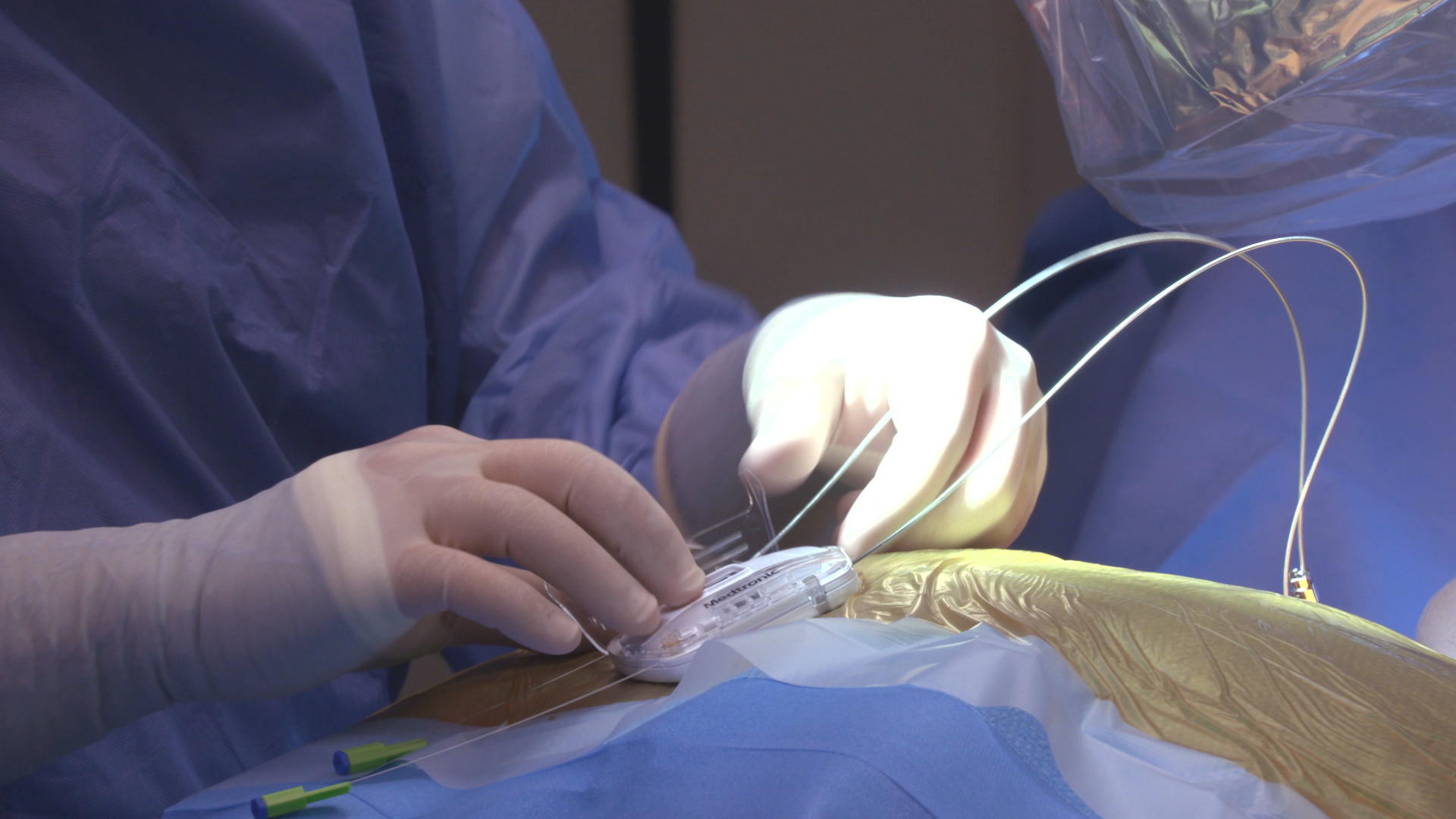 A promising new high-tech medical device the FDA recently gave the go-ahead to could help some people move away from prescription painkillers. Twenty-six percent of Americans who are 20 and older report some type of chronic pain and every day, more than 650,000 prescriptions for opioids are filled. Two million Americans are addicted to those painkillers, which often provide a gateway to illicit drugs like heroin. But a new drug-free approach could help patients stop pain.

Chronic pain can affect every aspect of patients' lives, preventing them from working, caring for family members or even themselves. It often starts in the back or leg, but it can quickly become all-encompassing, reports CBS News' Dr. Tara Narula. Doctors now have a new tool to help decrease the perception of pain: a small implant placed in the back that can get patients back on their feet.

Connie Hanafy had a passion for riding dirt bikes. Then, minor leg surgery sidelined her with crippling pain. Steroid shots, seizure medications, nerve blocks, and physical therapy did not bring relief. Because of her own family history of addiction, Hanafy refused prescription painkillers. The pain was so unbearable, the single mother of two considered amputating her leg.

"The pain is constant. It's stabbing, it's burning, it's shooting, it's every type of pain you could ever imagine, all in one. And you're trying your best but you're just screaming on the inside because nobody can understand what you're going through," Hanafy said.

Then she learned about another option, a spinal stimulator that zaps pain. She decided on surgery to implant the device in her back.

During the first part of surgery she is sedated but awake, giving real-time feedback so the stimulator wires can be placed in the right spot on her spine.

Spinal nerve stimulators use electrical pulses to block the pain signal to the brain. They've been used for decades, but previous models were bulky and needed frequent charging. This summer, the FDA approved the smallest implantable device – about the size of a pacemaker.

In the recovery room, Hanafy feels a tingling in her leg, confirming the device is working to mask the sensation of pain.

Dr. Youssef Josephson, one of the first doctors trained to treat patients with Medtronic's new implant, said that most patients will report at least a 50 percent reduction in pain.

"What it allows us to do is real-time follow that patient over a period of time in terms of their function because ultimately if they're still sitting on the couch, that's not what we want as doctors," Josephson said.

Two weeks after surgery, Hanafy's pain has dropped from level nine to two.

She has a long road ahead before she's riding dirt bikes again, but she's kept her leg and has her life back. Hanafy wants people to know that there are alternatives to prescription medication.

"Although it does help people, that's not the only answer. And if that's not something you wanna do, seek out other options," she said.

The implant does carry risks, like bleeding and infection. Spinal cord stimulators are not appropriate for every kind of pain. They are best for people with back and limb pain, who may have failed back or disk surgery, and other conditions.

About 88,000 have been implanted worldwide – a number that's expected to more than double in the next decade.

Education secretary says "we can keep our children safe" in schools