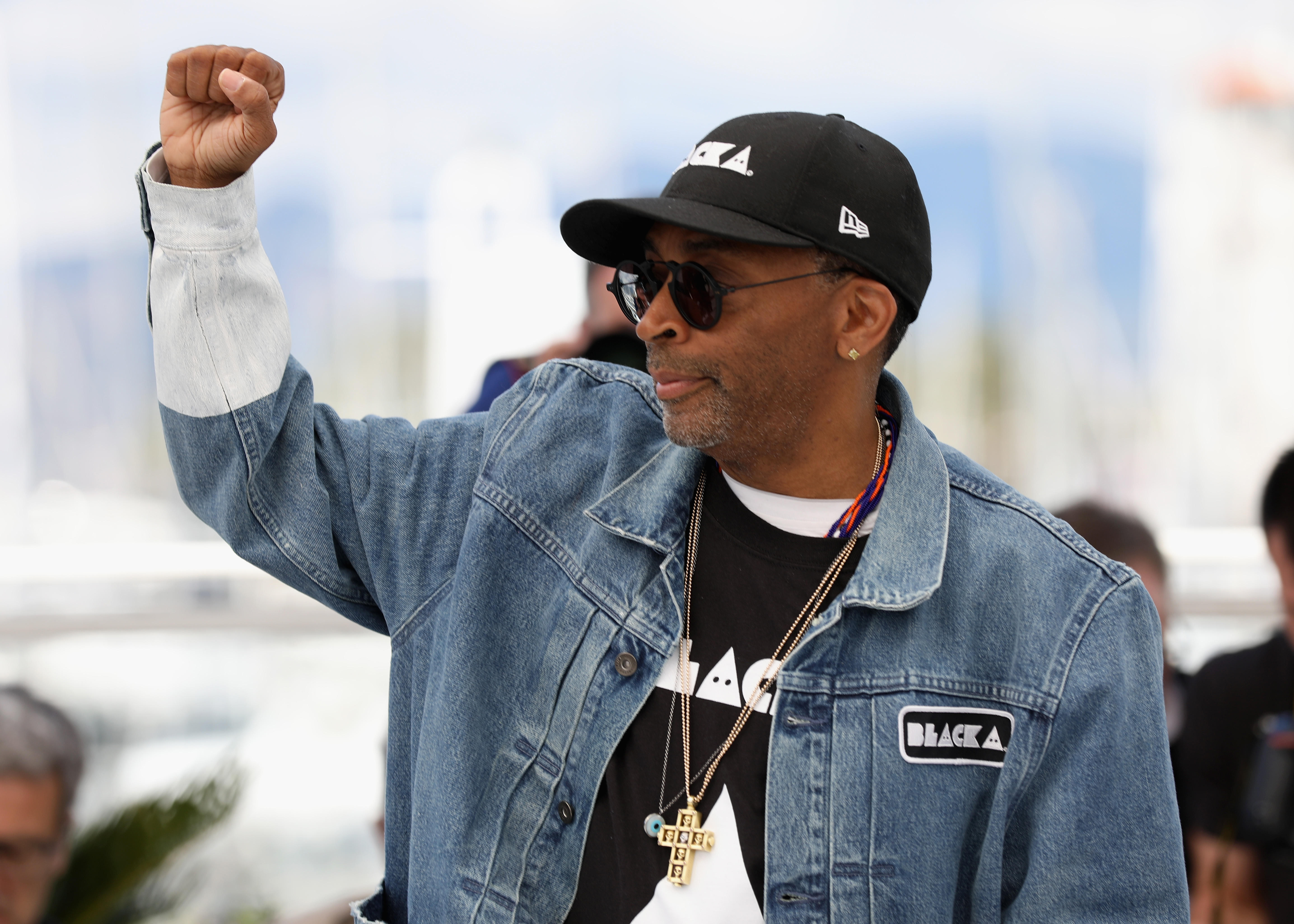 CANNES, France — Spike Lee slammed President Donald Trump at the Cannes Film Festival after his new film, "BlacKkKlansman," premiered on Monday. Lee did not use Mr. Trump's name during the monologue, instead calling him "that motherf***er."

Lee talked about Mr. Trump's response to last year's violent white supremacist protest in Charlottesville, Virginia, which ties in to his new film. The movie, which is set in 1979 and follows the true story about a black police officer who infiltrated the Ku Klux Klan, ends with real footage from the protest in Charlottesville, as well as the president's televised response. The scene includes video of the car that plowed through a crowd and killed counter-protester Heather Heyer.

The director said he got permission from Heyer's mother, Susan Bro, to use the disturbing footage.

"I was not going to put that murder scene in the film without her blessing," said Lee. "Mrs. Bro said, 'Spike, I give you permission to put that in.' Once I got permission, I said, 'F**k everybody else, that motherf***ing scene is staying in the motherf***ing movie.' 'Cause that was a murder."

He called the Charlottesville incident an "ugly, ugly, ugly blemish on America" and excoriated Mr. Trump for his response, in which the president declined to condemn white supremacists and instead put the blame on "both sides."

Lee said, "We have a guy in the White House — I'm not gonna say his f***ing name — who defined that moment not just for Americans but the world, and that motherf***er was given the chance to say we are about love, not hate. And that motherf***er did not denounce the motherf***ing Klan, the alt-right, and those Nazis motherf***ers. It was a defining moment, and he could have said to the world, not just the United States, that we were better than that." He added, "We look to our leaders. They give us direction to make moral decisions."

He called the film a "wake-up call" and said, "We are on the right side of history with this film." Lee apologized for his barrage of expletives, saying, "The s**t that's going on, it makes you want to curse."