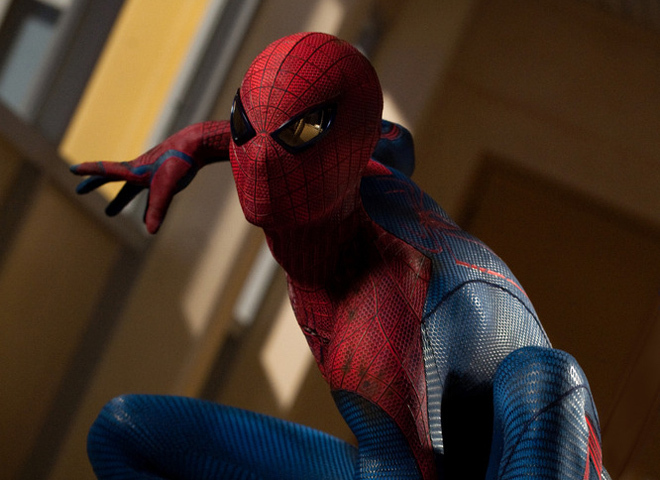 (AP) LOS ANGELES - Your new friendly neighborhood Spider-Man has spun himself a $65 million opening weekend and $140 million in his first six days at U.S. theaters.

Overseas, Sony's "The Amazing Spider-Man" added $129.1 million, raising its international total to $201.6 million and worldwide haul to $341.2 million since it began rolling out a week earlier in some foreign markets.

The movie started off as a smaller domestic moneymaker than the previous three Spidey films, but it laid to rest objections that it was too soon to relaunch the superhero franchise.

"This was never modeled or was never meant to be 'Spider-Man 4.' This was always a relaunch with a new cast and different stories to tell, and quite frankly, it succeeded beyond our imaginations," said Rory Bruer, Sony's head of distribution.

The previous weekend's No. 1 film, Universal's teddy-bear comedy "Ted," fell to second-place with $32.6 million, raising its domestic total to $120.2 million.

Among new releases, Oliver Stone's drug-war thriller "Savages" opened at No. 4 with a solid $16.2 million weekend, also for Universal. Paramount's concert film "Katy Perry: Part of Me" failed to pack in the pop star's fans, debuting at a distant No. 8 with just $7.2 million.

Going into wide release after two weekends in a handful of theaters, Woody Allen's ensemble romance "To Rome with Love" broke into the top-10 with $3.5 million. The Sony Pictures Classics release lifted its domestic total to $5.3 million.

"The Amazing Spider-Man" bumped up U.S. receipts, with Hollywood pulling in an estimated $200 million overall for the weekend, according to box-office tracker Hollywood.com. That's a 28.6 percent increase over the same weekend last year, when "Transformers: Dark of the Moon" led with $47.1 million in its second weekend.

Leading up to the domestic debut of "Amazing Spider-Man" last Tuesday, Hollywood had expectations of a six-day total of around $120 million for the film by the end of Fourth of July weekend. That proved a conservative projection, but studio executives genuinely were uncertain how well the film might do so close on the heels of the previous "Spider-Man" series.

"To expect the kind of numbers the first `Spider-Man' did or the second or third would have been kind of reaching," said Hollywood.com analyst Paul Dergarabedian. "For a reboot that people definitely were on the fence about initially, I think this is a really strong performance."

While it took more than a weekend for "The Amazing Spider-Man" to put up numbers comparable to the earlier Spidey flicks, the film has good reviews and fan reaction for the new cast and crew to build on in subsequent installments.

"With a film that is a relaunch like this, with a new cast, a new director, there are a lot of pieces. You have to prove yourself, just like `Batman Begins' had to prove itself and went on to have such incredible success with 'Dark Knight,'" Sony's Bruer said. "This is a new trilogy and a new era of Spider-Man. We certainly have very much in our minds where it's going to go with the story arc. It's just going to be an incredible several years with this relaunch. We have a lot of great stories to tell."

"Amazing Spider-Man" had a price advantage over its predecessors. This was the first 3-D Spidey movie, earning 44 percent of its domestic revenues from 3-D screenings, which cost a few dollars more than 2-D shows.

The film is the centerpiece of a huge superhero summer that started with "The Avengers" and continues with the July 20 debut of "The Dark Knight Rises," the finale of Christopher Nolan and Christian Bale's Batman trilogy.

Perry's "Part of Me" raised its domestic total to $10.3 million since opening Thursday. Her mix of 3-D stage show and backstage documentary was a bust compared to such concert hits as 2008's "Hannah Montana & Miley Cyrus: Best of Both Worlds Concert," which opened with $31.1 million, and last year's "Justin Bieber: Never Say Never," which premiered with $29.5 million.