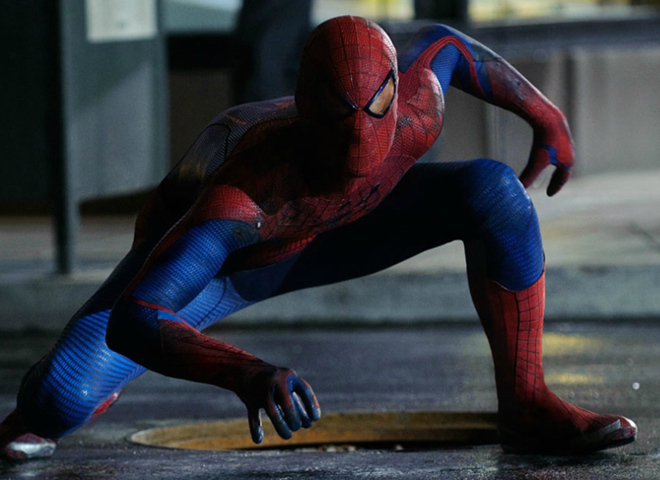 (CBS News) The Summer movie season is upon us . . . and critic David Edelstein has just seen two of the latest:

Nobody NEEDED another "Spider-Man" movie, starting the whole story over from scratch. The LAST Part One with Tobey Maguire was barely a decade ago.

Do studios think we'll shell out for the same thing again and again?

This so-called reboot should be shunned for many reasons - chiefly to deliver a shock to the system of Hollywood executives whose main job is finding merchandizable "franchises."

Look, I know it'll only encourage those studio creeps, but I LOVED it.

It's called "The Amazing Spider-Man," and more or less the same "origin story," though comic nerds will write 10,000-word dissertations on the differences.

For me, the main one is the new Peter Parker, alias Spider-Man, Andrew Garfield - the glowering dweeb from "The Social Network." Where Tobey Maguire was soft-faced and mild, Garfield is high-strung and simmering. His powers emerge in spasms; they twist him in knots, his body with a mind of its own.

The big flaw in the Maguire "Spider-Man" was whenever he put on the costume he turned into a video-game cartoon guy swinging through an artificial cityscape. The swinging here is less fluid, more jarring, more REAL - even if totally fake.

What's real is the throaty, effervescent Emma Stone as Spidey's girlfriend: Those blue eyes radiate so much intelligence that any actor she lovingly trains them on becomes an instant movie star. Lucky Garfield!

Face it, if you like gazing on an actor, you'll give a pass to stuff it would be healthier to shun - which is hook of "Magic Mike," the hugely enjoyable male-stripper morality play by director Steven Soderbergh.

Soderbergh likes to show how capitalism transforms sex into a soulless commodity.

Channing Tatum plays the title character and finally holds the camera like a star instead of another generic hunk. He once worked as a dancer and still has the moves - along with the faint embarrassment that comes from having outgrown this brand of exhibitionism.

Mike can stay with the devil (the club owner played with great, sleazy magnetism by Matthew McConaughey), or follow his artistic bent and take up with the good girl (played remarkably badly by Cody Horn).

Ignore the outcome, dig the dancing. Watch McConaughey take the stage, conducting women's screams like a maestro, the stripper as master of the universe.

The flesh is weak. Movies are strong. Say "amen," somebody!

How historians view Trump – and how Trump sees himself