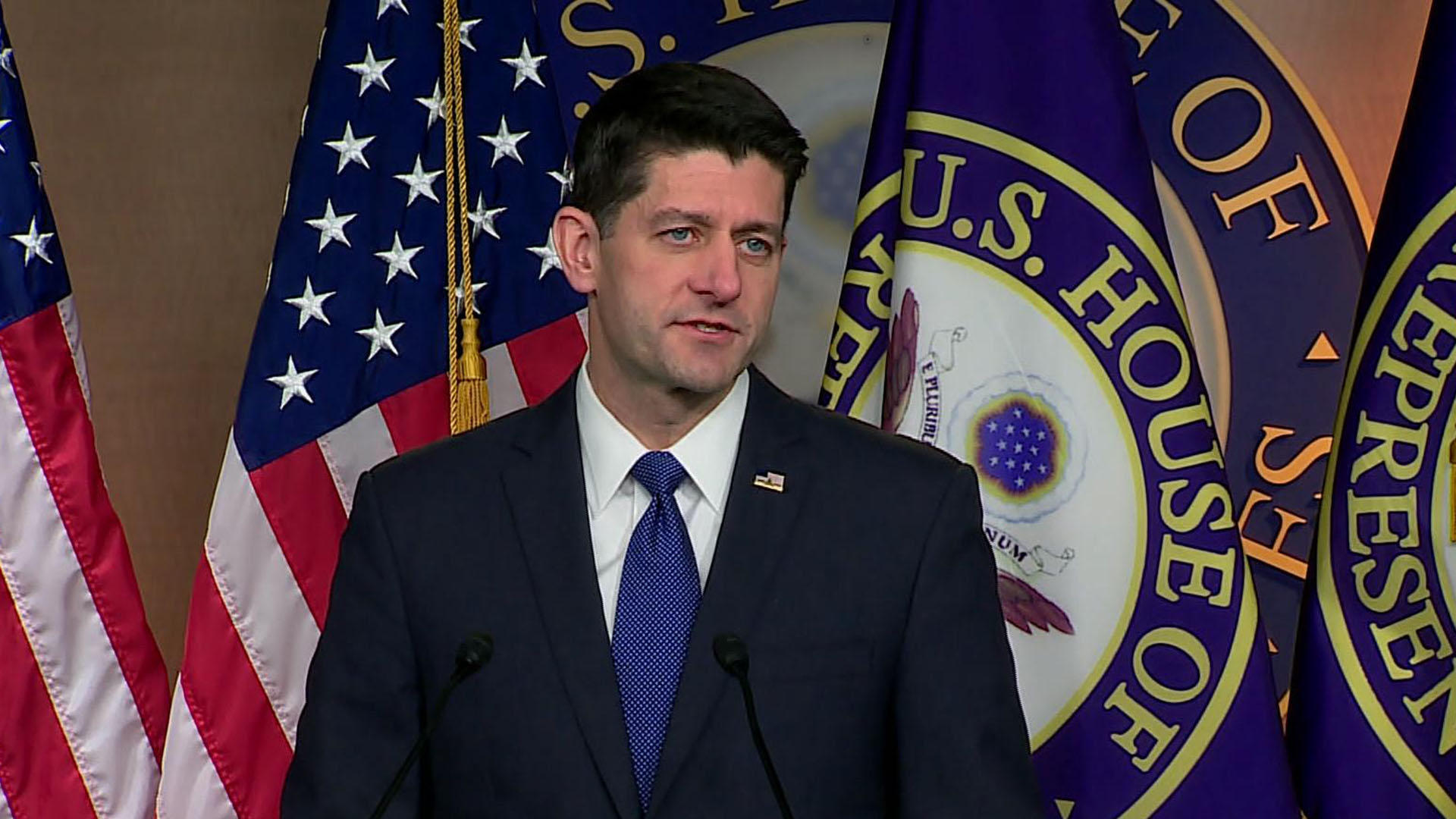 During his weekly press conference, House Speaker Paul Ryan was asked about the president's conflicting tweets on the FISA bill and his awareness of the law. He replied "He's aware of it." And he added, "He knows what 702 is." Ryan said that it's "well-known" that the president has concerns about other parts of FISA."

President Trump had tweeted his criticism of the program early Thursday morning, and then about two hours later encouraged lawmakers to pass the reauthorization of the law.

Section 702 of the Foreign Intelligence Surveillance Act (FISA) authorizes the government to collect electronic communications of foreigners outside of the U.S. and acquire foreign intelligence information, sometimes crossing paths with communications involving Americans.

"He doesn't even know what the bills are about and he's putting out tweets," she said in her weekly news conference, adding that the tweets were "undermining" of the House's vote.

Speaker Ryan also said that Congess wants to fix the Deferred Action on Childhood Arrivals (DACA) problem, and he said that it was "common sense" to fix DACA. Ryan said he believes that there will be a bipartisan solution, telling reporters that he believes lawmakers can put together a DACA compromise that wins over a majority of Republicans.

Ryan declined to answer a question from CBS News' Nancy Cordes on whether the president would sit for an interview with Special Counsel Robert Mueller, who is investigating Russian meddling in the U.S. election, as well as any collusion between Trump campaign associates and the Russians.

The speaker also said lawmakers are making "good progress" on negotiations to raise budget caps -- Congressional Republicans and Mr. Trump have asked for more money for defense spending. He acknowledged appropriators will need time to write a bill. Government funding runs out on Jan. 19.