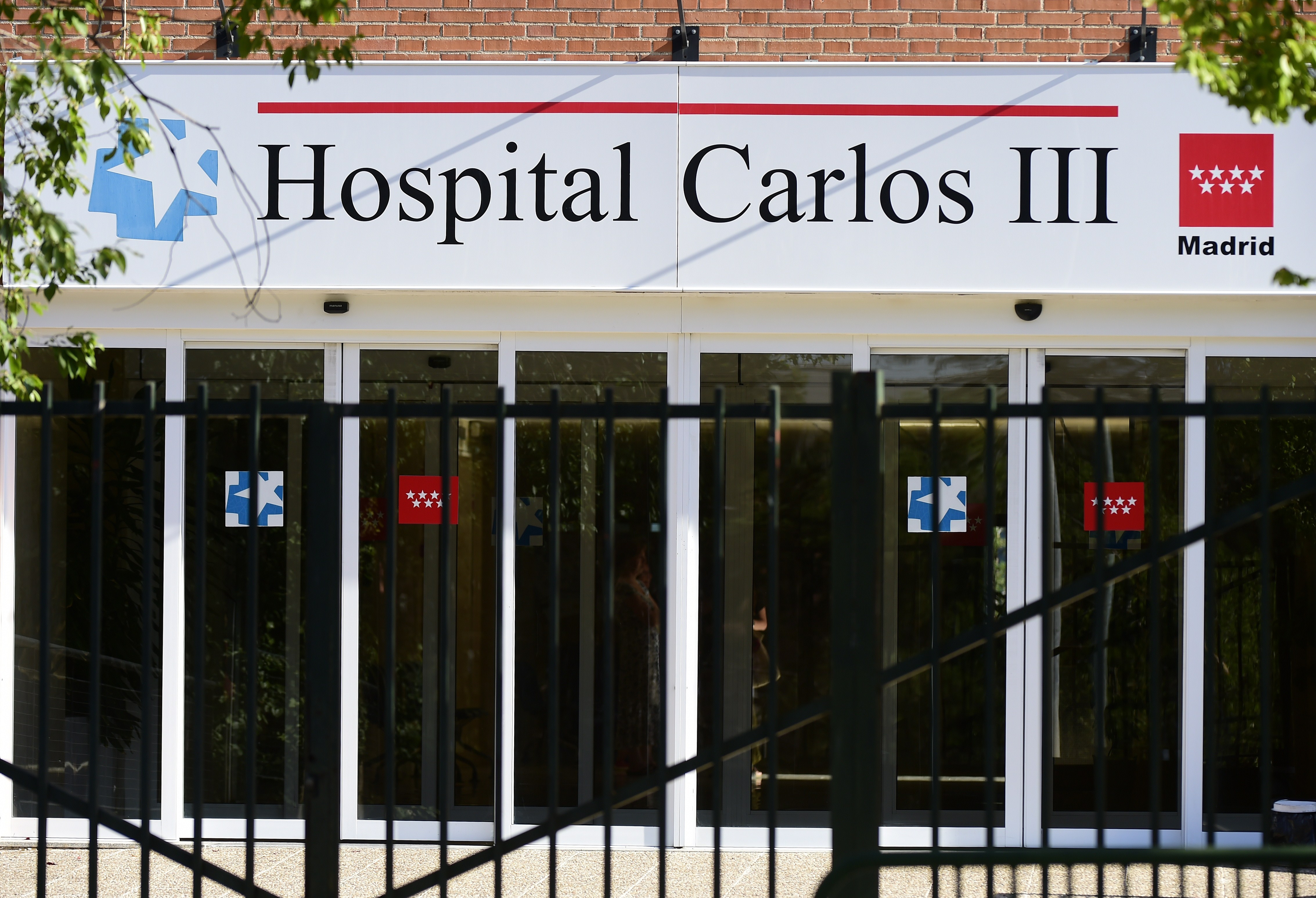 MADRID -- In the first known transmission of the outbreak of Ebola outside West Africa, a Spanish nurse who treated a missionary for the disease at a Madrid hospital has tested positive for the virus, Spain's health minister said Monday.

The female nurse was part of the medical team that cared for a 69-year-old Spanish priest who died Sept. 25 in a Madrid hospital designated for treating Ebola patients after he was flown home from Sierra Leone, where he served as the medical director of a hospital there treating infected Ebola patients, Health Minister Ana Mato said.

The nurse is believed to have contracted the virus from that priest, though she was also a member of the team that treated another Spanish priest who died earlier from Ebola.

More than 370 health workers in West Africa have become infected in the outbreak, and more than half of those have died. Doctors and nurses there have worked under difficult conditions, treating patients in overflowing wards, sometimes without proper protection. But even under ideal conditions, experts warn that caring for Ebola patients always involves a risk.

WHO estimates the latest Ebola outbreak has killed more than 3,400 people.

The World Health Organization on Monday night confirmed there has not been a transmission outside West Africa in the current outbreak prior to the Spanish nurse.

WHO spokeswoman Fadela Chaib told The Associated Press that the only confirmed cases were in West Africa and the United States, with no known transmission outside West Africa. The organization is awaiting official notification of the case from Spanish authorities, she added.

The Spanish nurse went on vacation the day after the priest died but checked in Sunday to a public hospital in the working class Madrid suburb of Alcorcon with a fever and was placed in isolation. Mato said the infection was confirmed by two tests.

Antonio Alemany, Madrid's director of primary health care, told reporters that the woman had no symptoms besides the fever and that authorities were drawing up a list of people the nurse had contact with so they can be monitored.

He did not say where the married woman with no children spent her vacation, nor did he specify whether health authorities are checking people who she came into contact with where she went for vacation.

She is the only person quarantined in Spain but her husband and health workers who cared for her during her admission to the hospital Sunday are being monitored. Authorities gave no details on how they were being monitored.

The nurse cared for Manuel Garcia Viejo, who was in charge of the San Juan del Dios hospital in Lunsar, Sierra Leone. In August, she also assisted in the treatment of 75-year-old Spanish priest Miguel Pajares, also flown back to Spain from Liberia. He died after being treated with the experimental Ebola medicine ZMapp but authorities said Garcia Viejo was not given the treatment because worldwide supplies ran out.

Just after midnight Tuesday, the nurse was transferred from the hospital in Alcorcon for treatment at Madrid's Carlos III hospital, where the two priests were cared for until they died. She was taken there in a convoy of ambulances accompanied by a police escort.

Spanish authorities said they were investigating how the nurse became infected at a hospital with modern health care facilities and special equipment for handling cases of deadly viruses. The virus that causes Ebola spreads only through direct contact with the bodily fluids of an infected person showing symptoms.