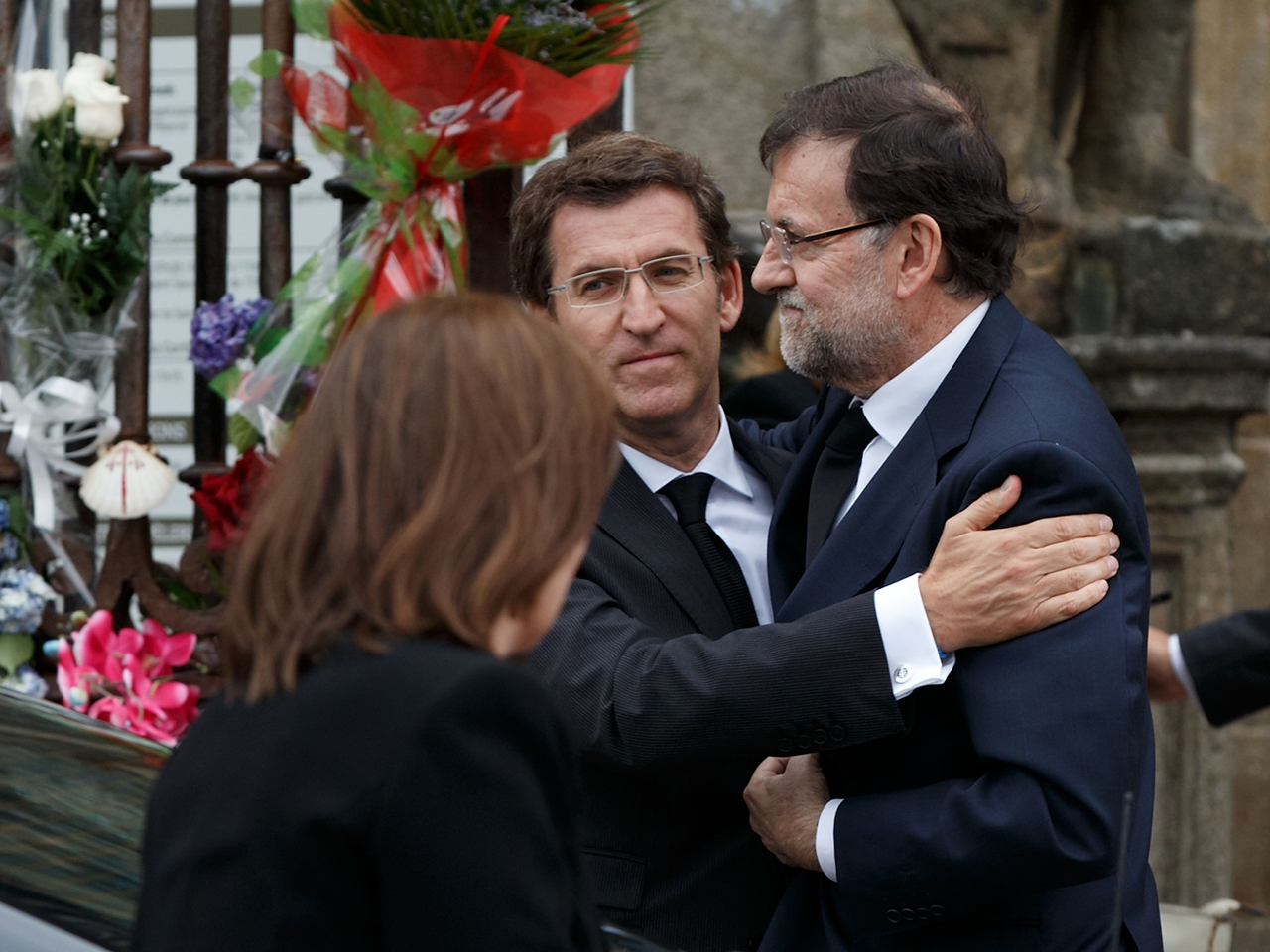 Driver Francisco Jose Garzon Amo faces multiple counts of negligent homicide for the tragedy. The investigation has increasingly focused on him and his failure to brake as the train hurtled into a high-risk curve.

The black box could clear up whether there was a mechanical or technical failure. Experts will start examining it Tuesday under the instruction of Judge Luis Alaez, a court spokeswoman said on condition of anonymity in keeping with court policy.

Alaez late Sunday charged Garzon, but allowed him to leave custody without bail. He was driven from the court in a police car after dark, but it was not clear where he was taken.

Several Spanish newspapers, including leading daily El Pais, reported Monday that the driver acknowledged to the judge that the train was travelling too fast, but that he briefly stopped paying attention. The court spokeswoman said she could not comment on details of the testimony.

Officials said 70 people injured in the train accident remained hospitalized, 22 of them in critical condition.

Meanwhile, Crown Prince Felipe and his wife, Princess Letizia, and his sister, Princess Elena, attended the Mass at Santiago de Compostela's cathedral, along with Prime Minister Mariano Rajoy and other politicians.

Hundreds of other people stood and sat in the broad plaza outside, overlooked by the cathedral's majestic twin bell towers, where a giant video screen broadcast the service. Black mourning ribbons dotted the city.

The imposing cathedral, consecrated in 1128, is one of Christianity's most venerated shrines and is the last stop for the faithful who make it to the end of the El Camino de Santiago pilgrimage route that has drawn Christians since the Middle Ages. Catholic pilgrims converge on the city to celebrate a festival honoring St. James, the disciple of Jesus whose remains are said to rest in a shrine there.

The crash occurred on the eve of annual festivities at the shrine, which subsequently were canceled.

The court spokeswoman said that before taking the driver's testimony, officials carried out checks on calls and messages made from the man's mobile phone.

At least one press photograph showed the man talking on a mobile phone shortly after the crash. Several news media reported Garzon told railway control in a call that he had been going too fast.

Most of the dead were Spaniards but there were also victims from Algeria, Brazil, the Dominican Republic, France, Italy, Mexico and the United States. The train was almost certainly carrying would-be pilgrims although most usually walk to Santiago from all over Spain and abroad.

On Sunday, families of victims performed the painful task of retrieving their loved ones' belongings, collecting luggage that was being held by police.

The Spanish rail agency has said the brakes should have been applied four kilometers (2.5 miles) before the train hit the curve. The witness who rushed to the scene said in an interview broadcast Sunday that minutes after the crash Garzon told him he couldn't brake.

The resident, Evaristo Iglesias, said he and another person accompanied the blood-soaked Garzon to flat ground where other injured people were being laid out, waiting for emergency services to arrive. A photograph shows Iglesias in a pink shirt and cap helping the bloodied driver.

"He told us that he wanted to die," Iglesias told Antena 3 television. "He said he had needed to brake but couldn't," Iglesias said. He added that Garzon said "he had been going fast."

Spain's state-run train company has described Garzon as an experienced driver who knew the route well.