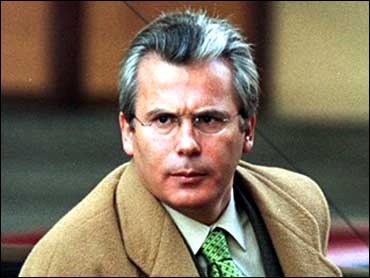 It said the eight had provided logistics and counterfeit documents for suspects including Ramzi Binalshibh, an alleged would-be Sept. 11 hijacker who has been in U.S. custody since his 2002 capture in Pakistan. He is believed to have been the main contact between a group of Sept. 11 attackers in Hamburg, Germany, and Osama bin Laden's al Qaeda network.

Binalshibh, who could not get into the United States to participate in the attacks but served as a key money man, reportedly is being held at Guantanamo Bay, Cuba.

"The group in question provided logistical support to Ramzi Binalshibh and other members of al Qaeda linked to the Sept. 11 attacks in 2001 in the United States," Garzon said in the indictment.

All except Ayat and Garcia Gomez are also charged with membership in a terrorist organization. Those two are charged with collaboration.

Garzon said they developed "a network of forged documents to provide false identities or fake documents to other members of the network to help them move about, flee or hide or (to help) with their terrorist activities or links with organizations such as Ansar al-Islam, under the orders of Abu Musab al-Zarqawi." The latter is a Jordanian-born terrorist who authorities say is involved in kidnappings and beheadings in Iraq.

Garzon issued an international arrest order for Boudhiba and Ezirouali and ordered the Spaniard released on $26,000 bail. The others are jailed in Spain after being arrested between February and June.

Garzon said Boudhiba is in jail in Britain. He said Boudhiba traveled from Hamburg to Istanbul, Turkey, on Sept. 3, 2001, along with a man named Ahmed Taleb, a Hamburg cell member. The alleged leader of the cell was suspected suicide pilot Mohamed Atta.

Investigators said Spain, along with Germany, was a major staging ground for the Sept. 11 attacks.

Binalshibh and Atta met in the northeastern Spanish region of Tarragona in July 2001, when Garzon says last-minute details of the attacks — including the date — were decided.

Garzon described Madani as Binalshibh's right-hand man in Spain and said Madani received money from Zakariya Essabar, another member of the Hamburg cell. The indictment says Madani may have supplied two passports to Binalshibh, including one stolen from a U.S. citizen in Barcelona in 1998.

Mahdjoub sent money to his brother in Germany, Abderrazak Mahdjoub, who was later arrested in Hamburg and extradited to Italy on suspicion of sending Islamic fighters to Iraq, Garzon said.

Samir Mahdjoub and another jailed brother, Farid, ran clothing shops in the northern Spanish city of Bilbao that were financed with money from drug dealing and robberies carried out by militants identified as Abdelhai Djaouat and Samir Ait Mohammed.

Djaouat was arrested in Spain in 2003 on a warrant from Germany over his alleged ties to a radical Islamic group.

The latter has been charged by the United States in connection with a plot to attack Los Angeles International Airport during millennium celebrations.

In the case of Zenimi, police found a video in his Barcelona apartment showing Algerian radicals preparing and carrying our attacks against government troops as part of a jihad, or holy war, Garzon said.

In September 2003, Garzon indicted 35 members of an alleged Spain-based al Qaeda cell and bin Laden as the mastermind of Sept. 11 on grounds that the attacks were planned in part in Spain.

Garzon later broadened the indictment to 40 people. Twenty-one of them are scheduled to go on trial on terrorism charges during the next few weeks, although not all of them are charged with helping prepare the Sept. 11 attacks.

The other 19 remain at large and cannot be tried in absentia because the charge is terrorism. In Spain, such trials are held only for lesser offenses.

The alleged leader of the Spanish cell is Syrian-born used-car salesman Imad Yarkas, accused of providing financing and logistics for Sept. 11 plotters. He has been in jail since November 2001.