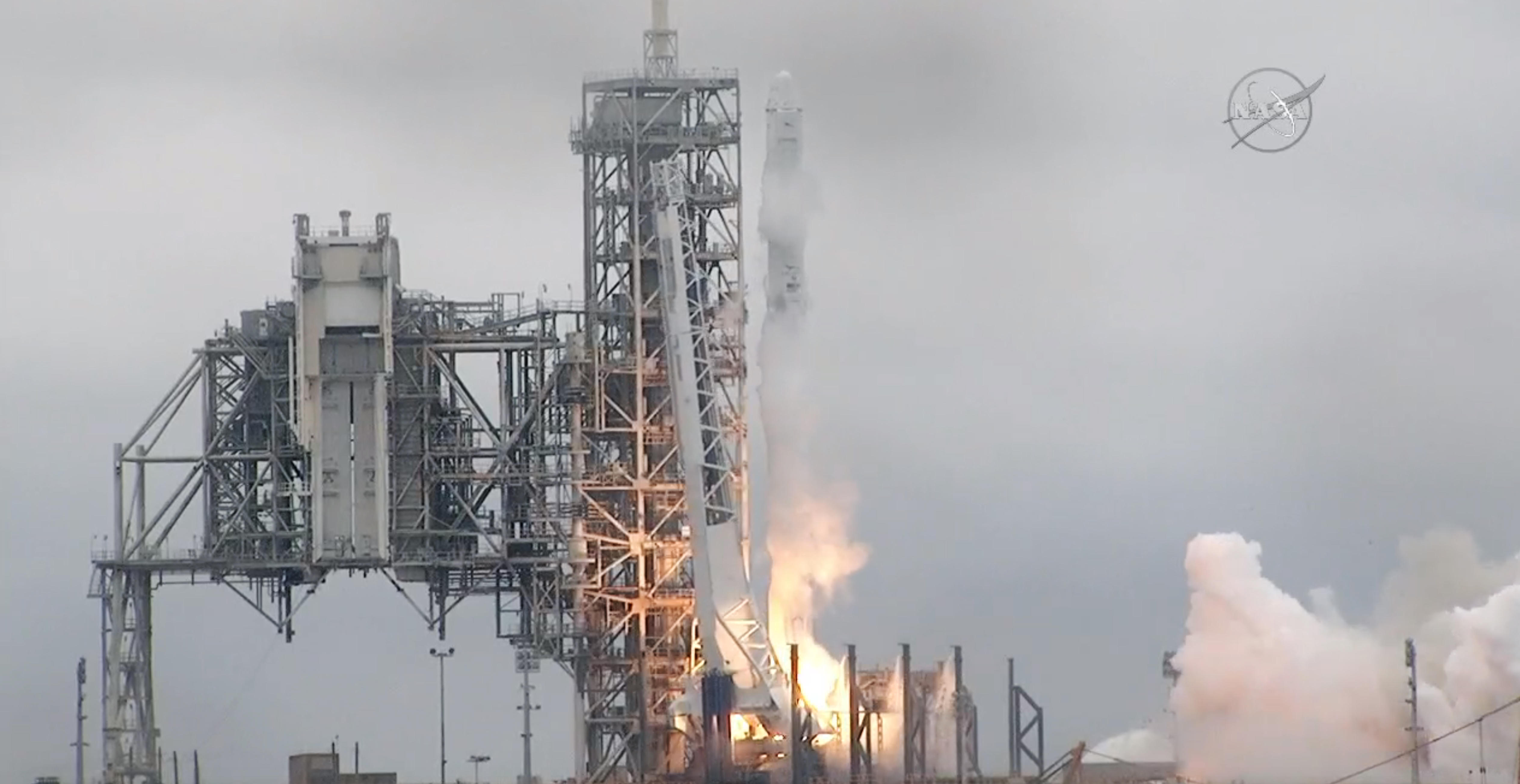 A SpaceX Falcon rocket blasted off Sunday morning from Kennedy Space Center’s Launch Complex 39A. It’s carrying a load of supplies for the International Space Station.

Astronauts flew to the moon from this very spot nearly a half-century ago. The pad was last used for NASA’s final shuttle mission nearly six years ago.

This is SpaceX’s first launch from Florida since a rocket explosion last summer. As an extra treat for spectators, SpaceX aims to land the booster rocket back at Cape Canaveral following liftoff. That recycling feat has been accomplished only twice before.

SpaceX is leasing the pad from NASA for 20 years. The company hopes to launch U.S. astronauts from there next year.

A launch attempt on Saturday was scuttled.

CBS News space consultant Bill Harwood  reports that the primary goal of the flight, the 30th of a Falcon 9 and the first from Florida since a spectacular explosion Sept. 1 during a pre-launch test at the nearby Cape Canaveral Air Force Station, is to boost the Dragon capsule into orbit for a two-day flight to the International Space Station.